Plagiarism in every field is s a common thing all over the world. From writing to scripts to designing, plagiarism happens everywhere and millions of times go unchecked and uncalled. A similar incident just happened when Republic by Omar Farooq’s official account posted a picture of a design claiming t as theirs while it originally belonged to Sadaf Fawad Khan’s SFK Bridals. SFK Bridals called out the action on their social media: 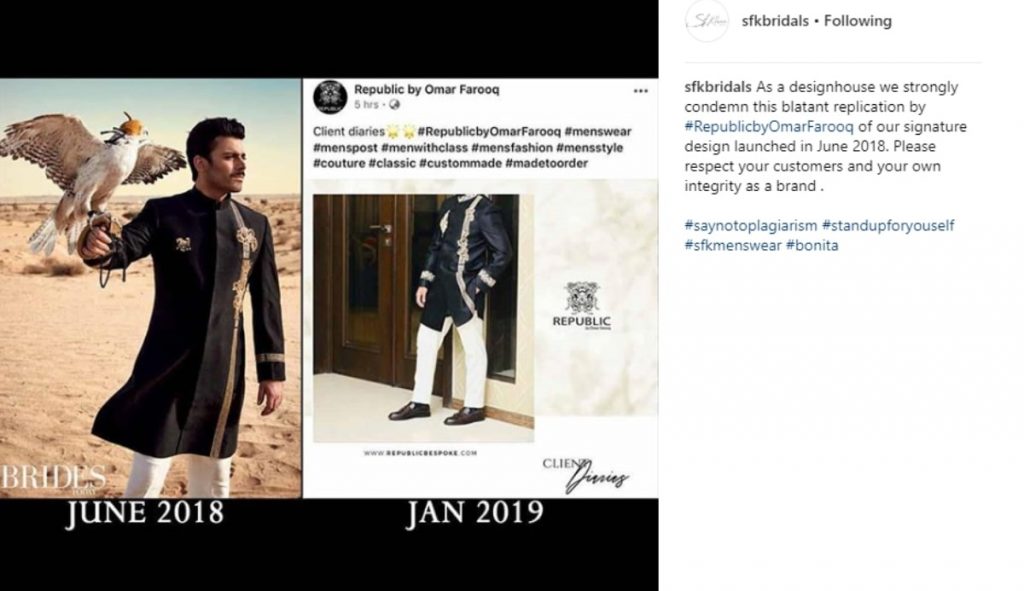 Republic by Omar Farooq was soon to realize the mistake and posted an apology with the explanation that an enthusiastic employee it while thinking that the design was actually by the Republic. The explanation was posted on the Republic’s official page: 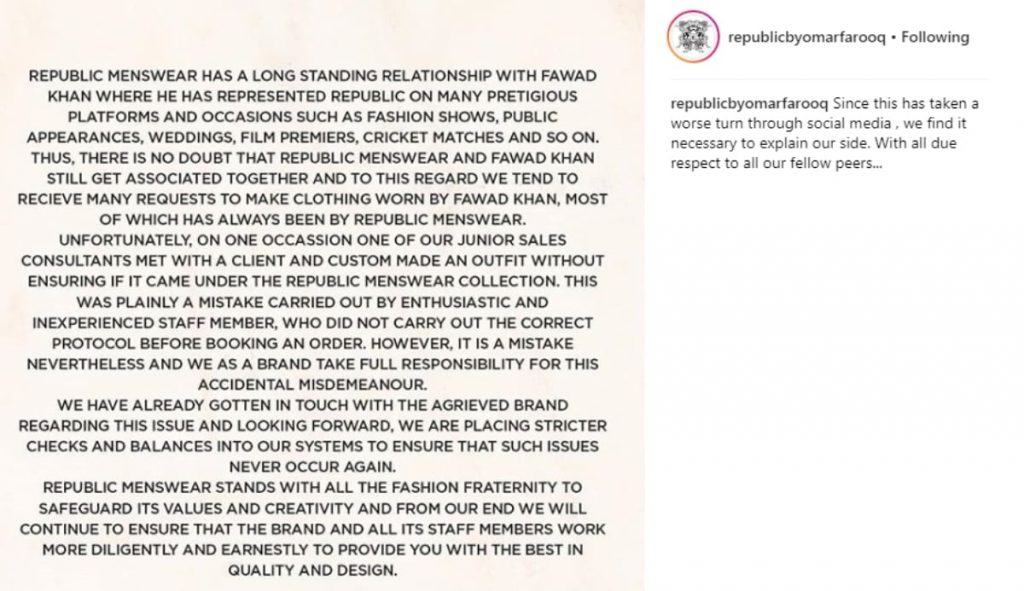 The matter seems to be resolved now and it was definitely great at Republic’s behalf to accept the mistake and follow it with an explanation!