Saba Faisal is nothing short of a talent house of the Pakistani drama industry. She started her career from PTV as a newscaster and later ventured into acting. She has been a constant for Pakistani dramas since. She is seen playing the role of a mother in every other project and still is able to portray variation of characters. She is currently seen playing the role of a mother in Ishq Tamasha as well as a grandmother in Lamhay. Saba has shared pictures which are simply a blast from the past. She looked ravishing at her wedding, the prettiest bride. Here are some pictures from her wedding:

Saba also shares her family pictures constantly with her fans. Her daughter Sadia is also an actress. Saba has numerous time shared pictures with her friends and family. Here have a look: 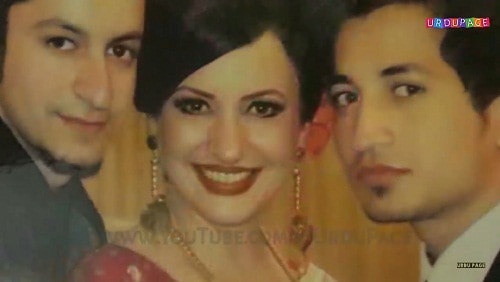 Saba is an epitome of grace and beauty. She always makes her roles memorable, be it desi or utterly modern, she knows how to stand out in every character. Which of her on-air dramas are you watching and which of her characters has been your favourite from her all career? Share in the comments section below!