Saba Hameed is one of the most popular veteran actors of Television Industry. She has been seen in the most popular drama serials like Dastaan, Main Abdul Qadir Hoon, Qaid e Tanhai, Aks, The Baraat series and the recently ended show Aik Tamanna Lahasil Si. It would not be wrong to say that she is the vamp of our drama industry. She is usually seen in negative or grey shaded roles which are played to perfection by her. However, she has also shown versatility by doing positive roles in Dastaan and the Baraat series and a comic role in the show Family Front. Saba has proved time and time again what a brilliant actress she is. Her acting is so natural that you want to hate her when she plays a negative role but you also cannot help but love her in her positive roles. This actress who is in her late 50’s (believe it or not) has impressed everyone with her talent.

Her family is filled with talents of all sorts. She is the daughter of a renowned columnist and writer Hamid Akhtar. She has two kids from her first marriage to Syed Pervaiz Shafi; Meesha Shafi and Faris Shafi who are both equally talented like their mother. Her second husband Waseem Abbas is also renowned actor of our industry. However, they are divorced now. (Not sure if this is a rumor or actually true!) 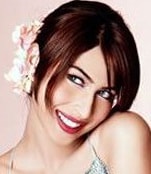 Meesha Shafi:
Meesha Shafi is the daughter of Saba Hameed and has made her own name in the entertainment industry. She is a singer, actor as well as a model.
She started her career by appearing in Jawad Ahmed video Bin Teray Kya Hai Jeena. She started her career as a model soon after that. She was the spokesperson for L’Oreal Paris Pakistan and has appeared in International magazines such as Vogue. She then entered the television industry and was seen in shows like Muhabbat Khawab ki Soorat and Ye Zindagi To Woh Nahi. Her biggest career breakthrough was when she signed the Hollywood movie, The Reluctant Fundamentalist. She was seen alongside popular actors like Kate Hudson and Liev Schreiber in the movie. She will also be seen in the Bollywood movie, Bhaag Milkha Bhaag.

Her versatility did not end here. She then tried her luck in singing and was the lead vocalist in the band called Overload. And who can forget her famous song from Coke Studio Jugni Allah Wali which she sang alongside Arif Lahor. It is the most popular Coke Studio song yet with about 10+ million views on YouTube. She also contributed to the soundtrack of her movie, The Reluctant Fundamentalist. 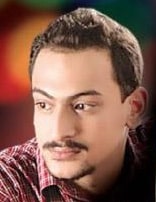 Faris Shafi:
Faris Shafi is the son of Saba Hameed and Syed Pervaiz Shafi. He started his career as a rapper/singer and is known for his video Awaam. He is another addition to the talented family of Saba Hameed. He then tried his luck in acting and was seen in the popular show Manjali which aired on Geo TV. It came as a surprise when I got to know that he is the son of Saba Hameed and that too after the show Manjali ended! He performed well for a newcomer and we hope to see him in other shows too.

His second video Tere Bina was not as successful as his first video but it did manage to entertain the viewers. His videos cannot compete with the Saeein AKA Ali Gul Pir’s standard, but they have made loyal viewers of their own.

Waseem Abbas:
Waseem Abbas is the second husband (or ex husband) of Saba Hameed and he is also the son of the popular actor Inayat Hussain Bhatti. He is a famous veteran actor and director. He started his career in the 1980’s and is seen in films like Badaltey Mausam, Manzil and Zara Si Baat. He has done many TV shows such as Family Front, Landa Bazaar, Mera Saeein 2 and is recently seen in Zindagi Gulzar Hai. He had taken a break from acting and resumed it after many years with the show Mera Saeein 2. He will also be seen in the show Kaala Jaadu very soon.