After a long time, I actually enjoyed watching Sabaat all thanks to Anaya’s track. Anaya is back with a bang! I absolutely loved how Anaya and her mother moved forward; beautifully shown. It would be safe to say that Anaya is better off without Hassan. Miraal’s tack continues to be shallow and meaningless. Even after all these years, her sole purpose in life continues to be the same. Anaya’s track is the saving grace of this drama for the most part. Although her character took a disappointing turn when she got married to Hassan, she is however back to being her old self. Mawra Hocane and Seemi Raheal were the stars of the show tonight. They breathed life into all those beautiful scenes.

Moving On With Grace

Tonight’s episode focused more on Anaya moving on than showing what Hassan was going through. The one scene which covered Hassan’s track made it clear that he was suffering. While Fareed’s family was drifting apart, Anaya and her mother were busy starting afresh even though the odds were against them. All their scenes were captured brilliantly and watching Anaya’s friends stand by her side was heartwarming. This track had so many positive sides to it. Although Anaya and her mother obviously missed the one they lost, they had the strength to look ahead. When Anaya wanted to give up, her mother gave her strength and when her mother did not have a lot of hope, Anaya came up with practical solutions to their problems. I missed this aspect of Anaya’s personality because when she was with Hassan she had lost her spark. Also, all these friends who were always there by her side suddenly disappeared. I am glad that Anaya has taken control once again. 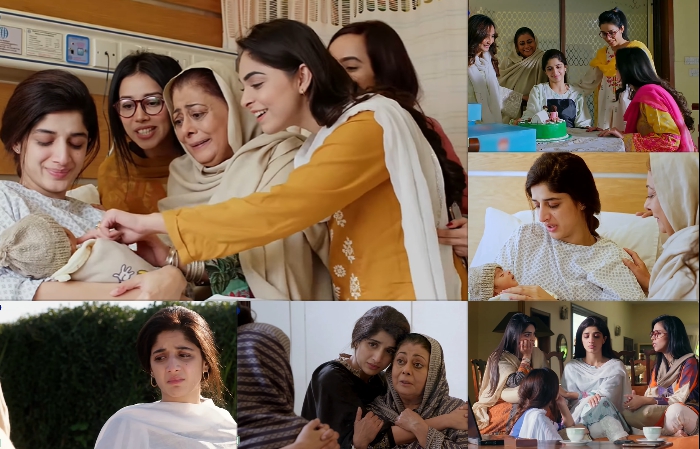 Anaya decided to start a business using her baking talent, something which wasn’t revealed previously. She decided that she was going to manage on her own, her mother and friends’ support throughout was endearing. This was such a wonderful way of showing how such support helps those ladies who want to move forward after they have had an experience like the one Anaya had. I wish she shouldn’t have said that she felt for her baby because he was going to grow up without a father. After all, the entire track was taken forward to establish that women can indeed raise their children independently too.

Miraal’s track is as ridiculous as it gets, she has a whole gang of seemingly intelligent people who endorse all her craziness. Even after all these months, Atif continues to be her spy and it was highly unconvincing the way he got all the inside information in this episode! How did he find out that Anaya was expecting? Not only this, he found out that Anaya had a baby immediately after she gave birth! Miraal decided to file for divorce and Ali was so ‘thankful’ to her. I am not surprised that she is getting a divorce but why is she even thinking about getting married again? Miraal has to be the most badly written and executed negative character we have seen in recent times. She has no emotions but she isn’t exactly evil. Someone like her would surely have some feelings and if that is not the case then she is a psychopath but somehow Harris has no diagnosis for her even now. 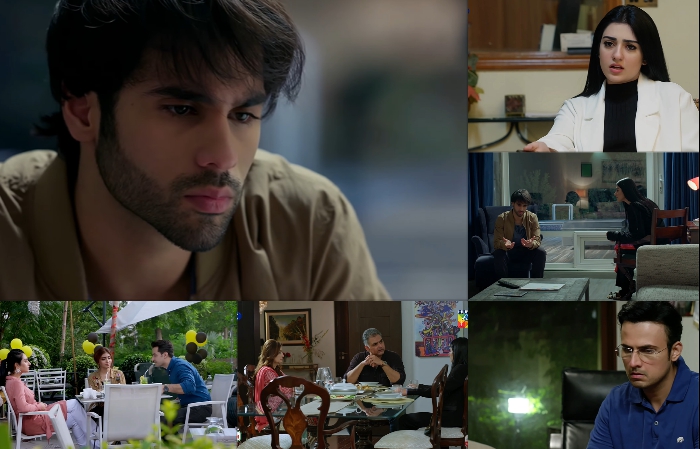 The only good thing about this track was watching Fareed sitting on the dinner table waiting for his children but only Miraal turned up. He looked unhappy and different from the person he was before. After hearing about Miraal’s future plans, he did not try hard enough to convince her. His character has completely been sidelined since he could have had a conversation with Harris. Harris’ fixation with Miraal makes no sense whatsoever! Now he does not want to divorce her even though as a psychiatrist he should be able to tell that this marriage will not work out! All these characters are the worst part of the drama and since they get so much screen time, any episode focusing entirely on them is difficult to watch.

After watching this episode, I am particularly interested in Anaya’s track. I couldn’t care less about Miraal since it is obvious that her track will have a sudden and most probably a predictable ending. It seems like Anaya is going to work for Miraal’s rivals. I just hope that she can bring their company down and make her way up.