Sabaat vs Nand – Similarities and Differences

Drama serials Sabaat and Nand air on two different channels yet there are a number of reasons why the viewers find themselves drawing comparisons between the two. Since there are so many dramas on air at a given time, there is always something or the other similar in some of these dramas. However, it rarely happens that two dramas in completely different time slots would be compared to each other. This is especially the case when at the first glance it seems like these dramas would have nothing in common. As it turns out after all these weeks, there is a clear reason why people are comparing these dramas.

Here is why Sabaat and Nand indeed are in competition with each other. The similarities and differences are apparent by now so it is not difficult to give the final verdict.

The first impressions of both these dramas were completely different for various reasons. Sabaat had a dream team; a meaningful OST sung by Ali Sethi and the drama was promoted like it was the next big thing. Nand appeared to be just another drama about a woman who would go through several ups and downs owing to her dysfunctional marriage. Other than that, Sabaat was going to air on the prime time slot on Sunday. Nand on the contrary was airing at 7 pm and four times a week. Usually the dramas that air at 8 pm are considered one of the better dramas while 7 and 9 pm dramas are not considered good enough. 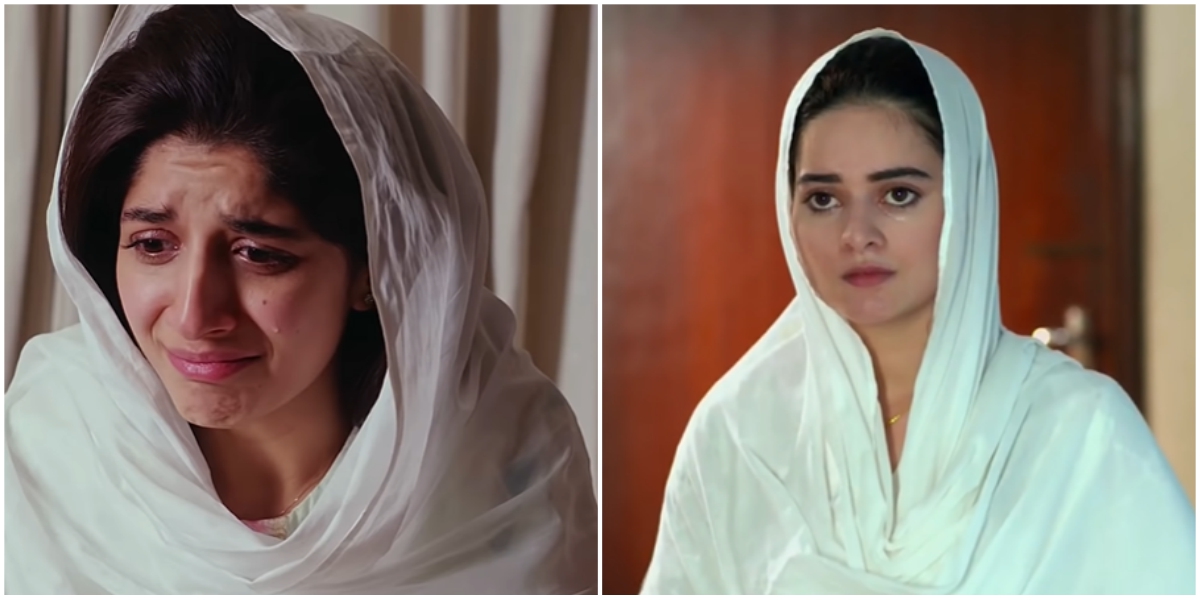 The OSTs of both these dramas were completely different. Sabaat’s OST promised a meaningful script because of its lyrics and the way it was composed. On the other hand Nand’s OST was about yet another woman cursing her ‘naseeb’. It won’t be wrong to say that first impressions do not last long. Ultimately the content and the entertainment value of the drama hold the interest of the viewers.

The title of the drama also plays a major role in making the viewers decide whether they want to watch it or not. Sabaat sounds like a well-thought-out title. Well, it is actually a word not a lot of people are familiar with which is why it probably sounded more ‘intellectual’ to the viewers. Many viewers were searching for the meaning when the drama went on air and wanted to know the context. Nand on the other hand sounded like a run-of-the-mill title. It suggested that it was another story about a negative character. So, as far as the first impression from the title is concerned, it wasn’t much different than the promos. In the beginning most people did not watch Nand because of the title. 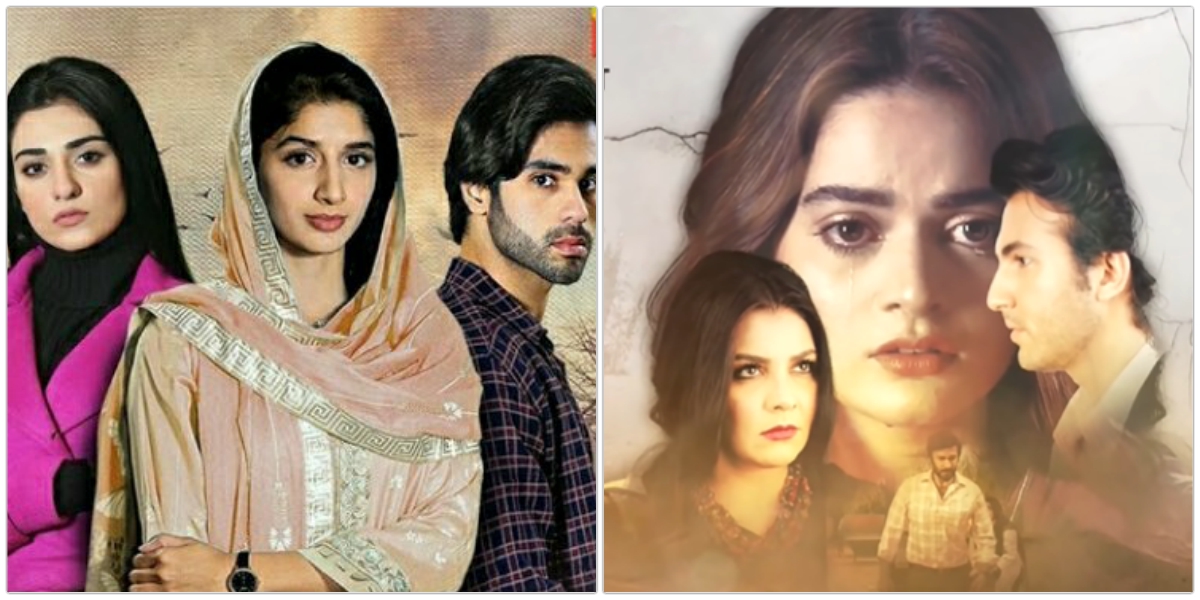 There is no denying the fact that content is the king. No matter how hard producers try to make the viewers think that they are offering something grand, few weeks into the drama and the viewers can tell what is worth watching and what isn’t.

As far as the basic plot of the dramas is concerned, Nand and Sabaat more or less have the same theme. Both dramas are about relationships; so much so that both of them have evil sisters-in-law. In Sabaat there is Miraal who is a pure narcissist and in drama serial Nand Gohar is playing the same role. Both the nands are equally controlling and evil. 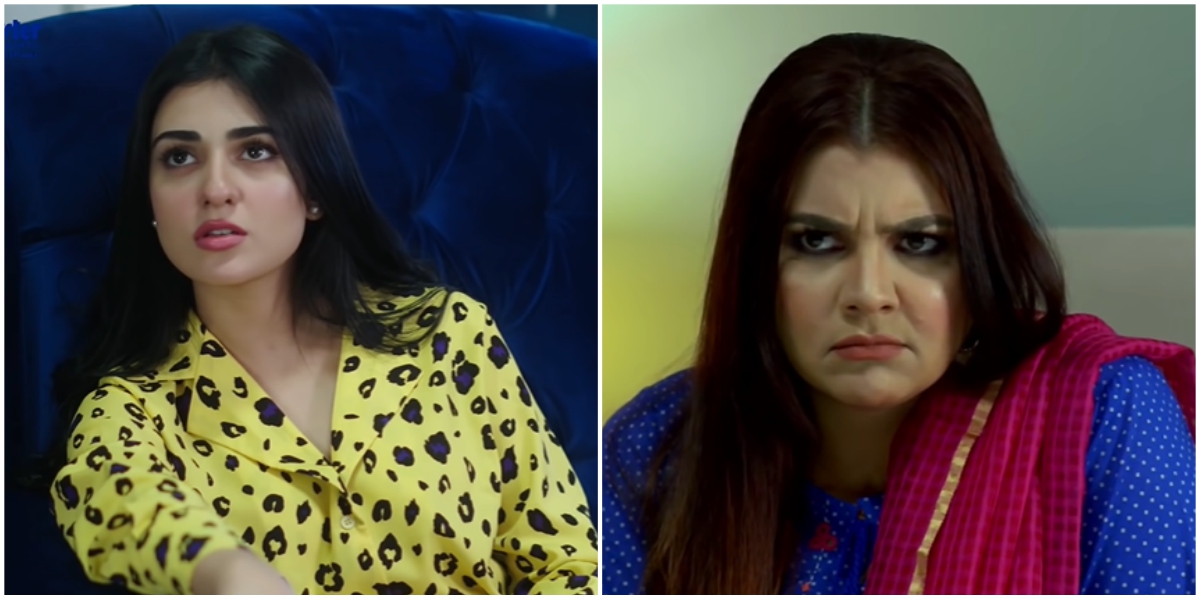 The backgrounds of both the leading ladies who are the victims of their sisters-in-law’s evil plans are more or less the same too. Both of them come from middle class backgrounds but they end up getting married to men who belong to affluent families. They have been brought up well and they do whatever they can to make their marriages work.

Then we have the men who support these evil women completely ignoring their toxic personality traits. In drama serial Nand, Gohar had the support of her brothers for the longest time. They contributed to making her the person she is. In drama serial Sabaat, Miraal’s father is her biggest support, he is the one because of whom Miraal never had a reason to question her illogical behavior. 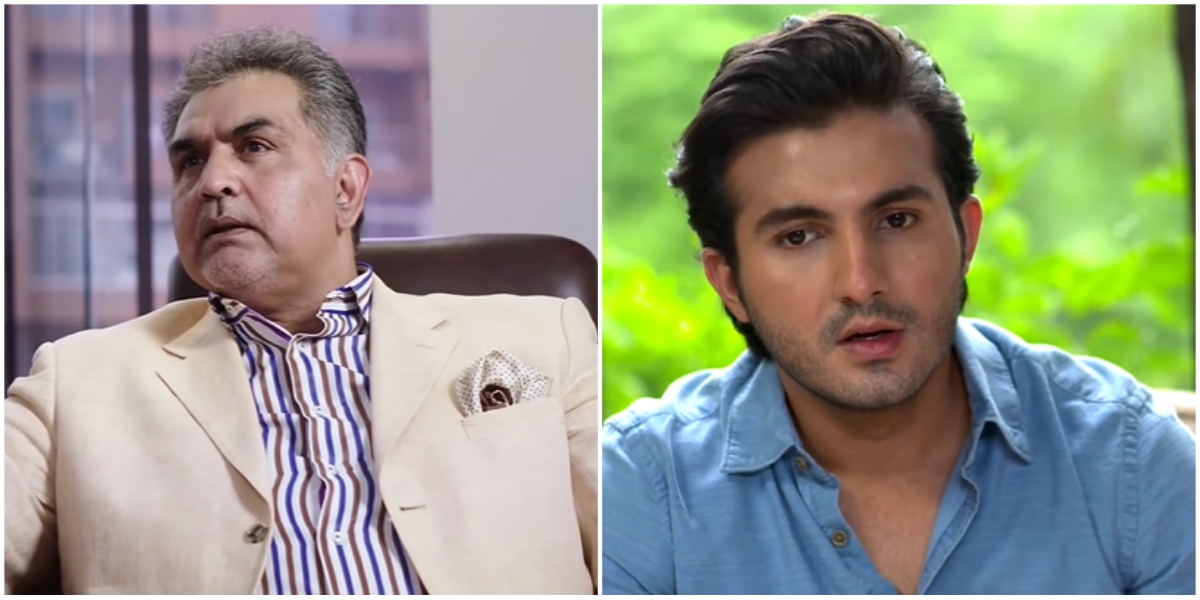 Another similarity is that the brothers in both these dramas the marriages of both the brothers was negatively affected owing to the evil plans of these sisters. In this case, the execution is different but the element of distrust is the same. 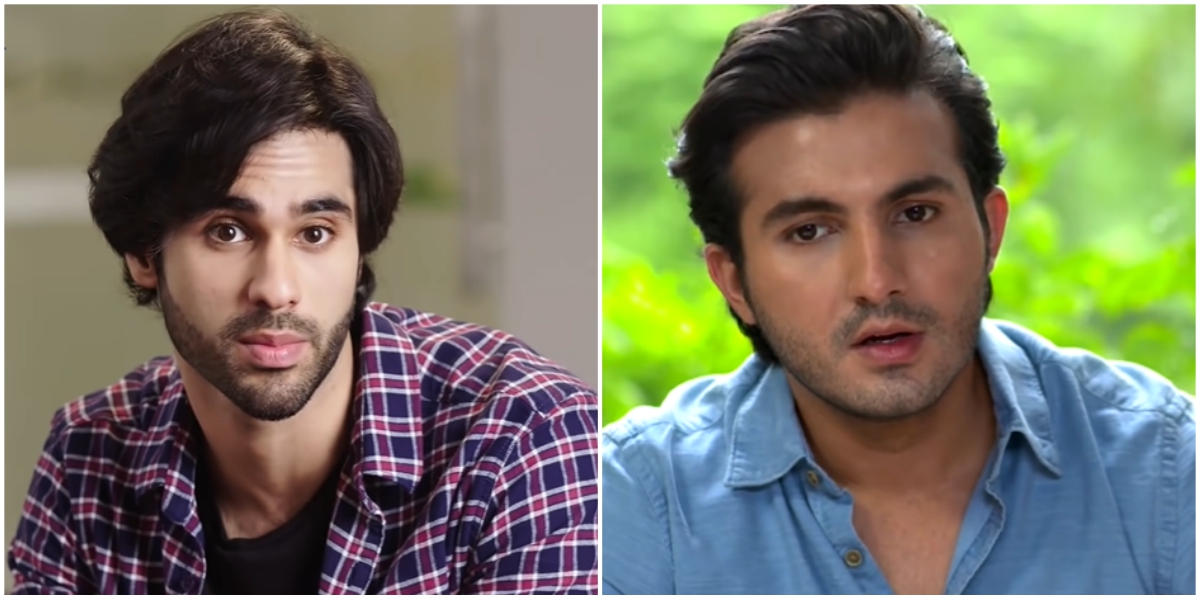 The supportive parents and guardians of the victims bear amazing similarities too. Anaya’s relationship with her parents was the highlight of Sabaat for many weeks; similarly Rabi’s relationship with her brother was equally emotional throughout. Anaya’s father passed away soon after she came home and Rabi’s brother died in an accident a few weeks after Rabi was divorced. 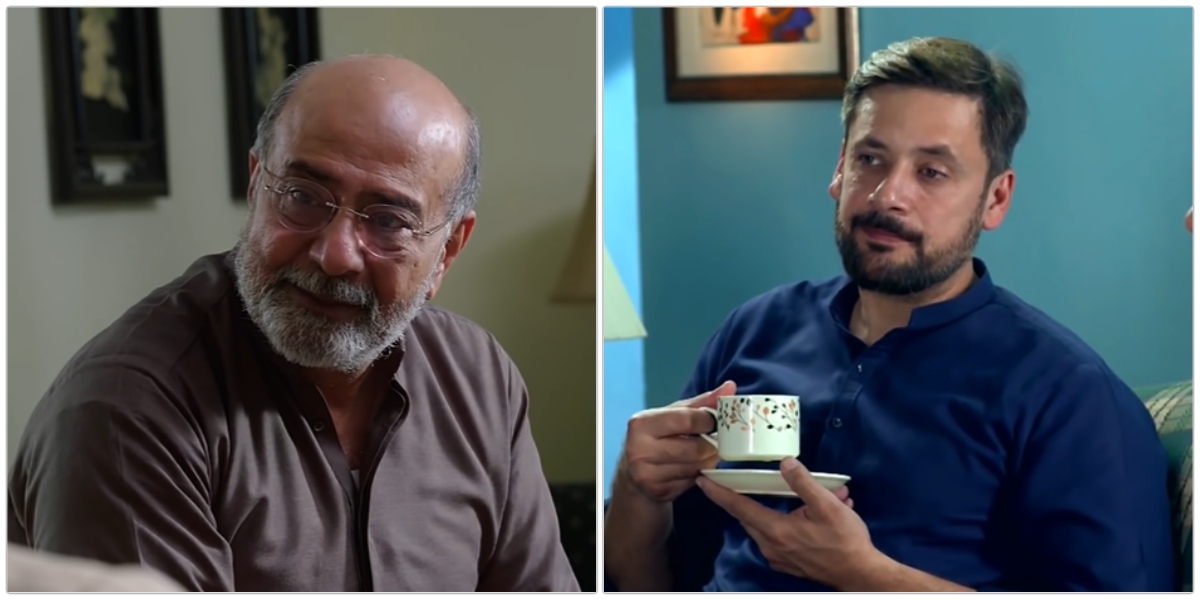 Here are the differences between the two dramas:

The biggest difference between these two dramas is that while Sabaat completely failed in delivering a proper message, Nand has managed to do so while entertaining the viewers. The reason for this is that while penning down Nand’s script, the writer had a definite goal in mind whereas Sabaat is all over the place. Even after 24 weeks, Sabaat does not have a message to give to its viewers.

Another difference is that the main characters in both the plays are completely different. The nand in Sabaat (Miraal) is modern looking and she does not have any layers. Right from the beginning she had a singular motive and that story has been dragged for 20 plus weeks. Sarah Khan’s performance has been average in the drama and Miraal’s dialogues from the first episode have been the same. Gohar, the nand from Nand is different mainly due to the brilliant performance by Faiza Hassan. Also, Gohar’s character has more of a personality since the writer has shown her in different situations even though her main goal is the same. The viewers get to see different sides of Gohar. She is evil and manipulative too which makes her character more interesting. 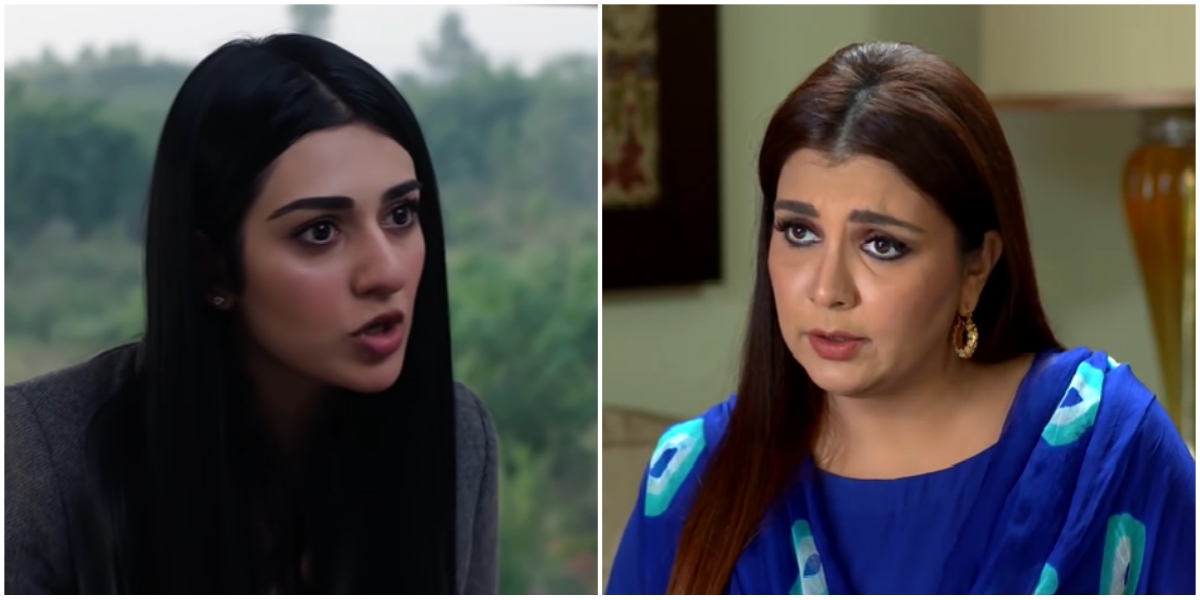 Although more than 30 episodes of Nand have aired so far but it is getting more popular with every passing week. On the other hand, people are losing interest in Sabaat with every passing week. Nand never lost its momentum but Sabaat went off track many times. Nand has variety of characters and most importantly it has a character like Farwa who is a good example of a strong woman. Sabaat’s idea of strong woman is not as convincing since Anaya keeps the viewers wondering. While writing the script for Nand, the writer did not hold back but Sabaat’s writer at times has been too busy making sure that Anaya is likable.

The biggest difference has to be the entertainment value. At the end of the day when viewers tune into a drama, they expect to be entertained. Nand has kept the viewers thoroughly entertained because of its pace and twists and turns. The viewers have found it really difficult to watch Sabaat since it is not just really slow but the story doesn’t have anything interesting to offer. The viewers kept on waiting for Sabaat to take off but they were disappointed every single time. It turned out to be the perfect example of a star-studded drama with great production values but no entertainment value at all.

This proves one thing that a star cast cannot save a drama if the plot is weak. If the plot and execution is strong then even a cast which doesn’t have a lot of big names manages to make its mark. Faiza Hassan is a remarkable actress but if we look at rest of the cast of Nand then they are not the kind of names which make the viewers tune into a drama. Sabaat on the other hand has some of the most sought-after actors in it yet it fell completely flat because of its script and even the execution has been disappointing. Nand is definitely the winner and if you are not watching it, you are missing out!