Sabeena Farooq is a versatile and good looking Pakistani actress, Host and Model. She signed her first-ever serial ‘Moray Saiyyan’ in 2016 opposite Uzair Jaiswal and Kinza Hashmi. In 2016 she made her film debut in ‘Janaan’ opposite Armeena Khan, Hania Amir, Bilal Ashraf and Ali Rehman Khan as a supporting role. 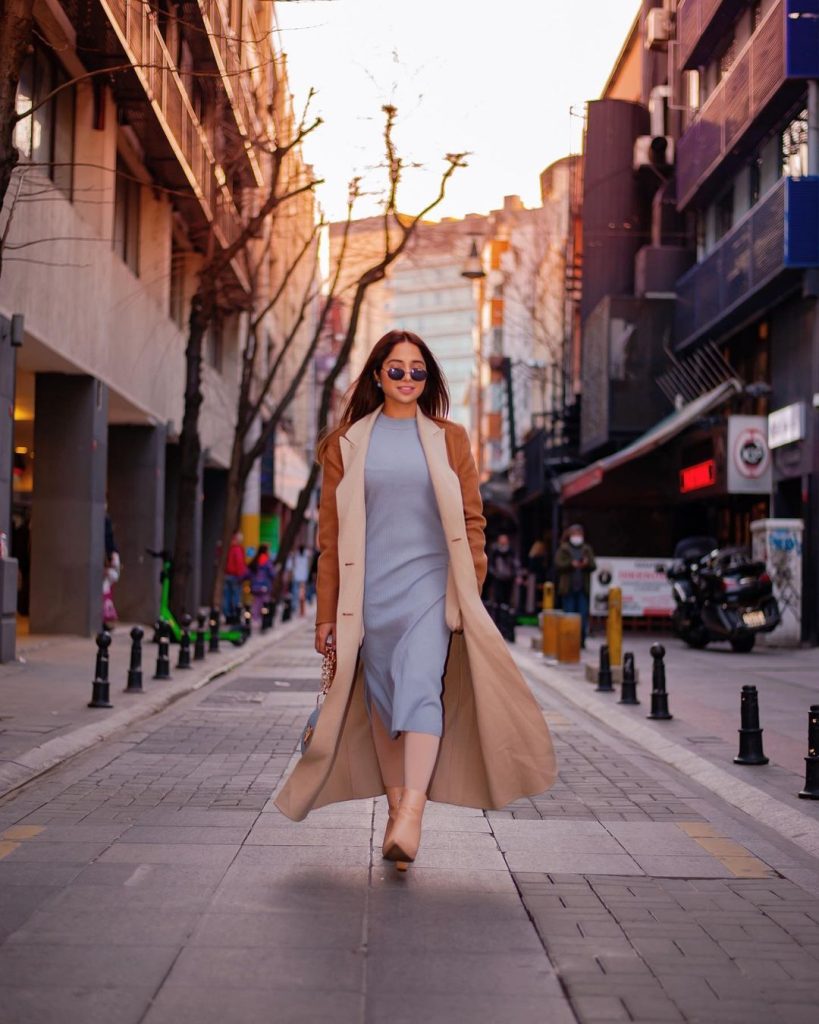 Recently, the super stunning and ever gorgeous Sabeena Farooq was featured in a bridal shoot for “Sunuba Salon and Spa”. Sabeena looks extremely ravishing as she dons heavily embellished bridal ensembles by “Zartash Couture”. Sabeena completed her look with luxurious diamond and gold jewelry by “Hanif Jewellers”. Here we have gathered some enchanting pictures of Sabeena from her latest bridal shoot, have a look! 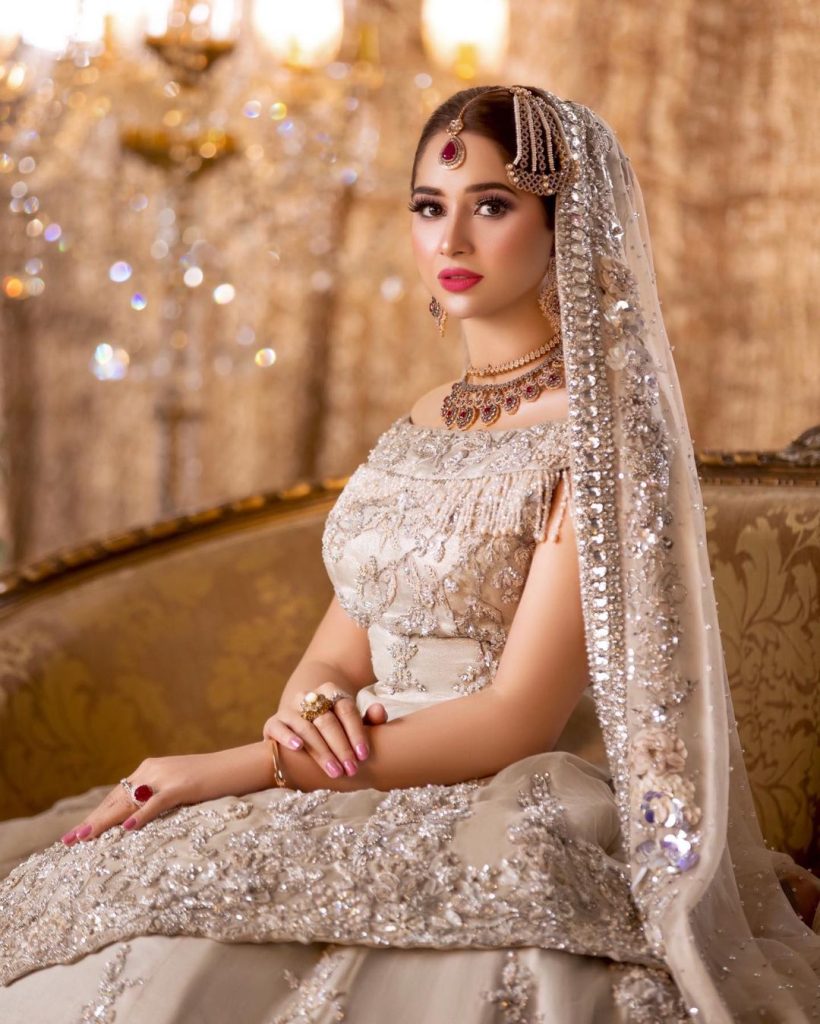 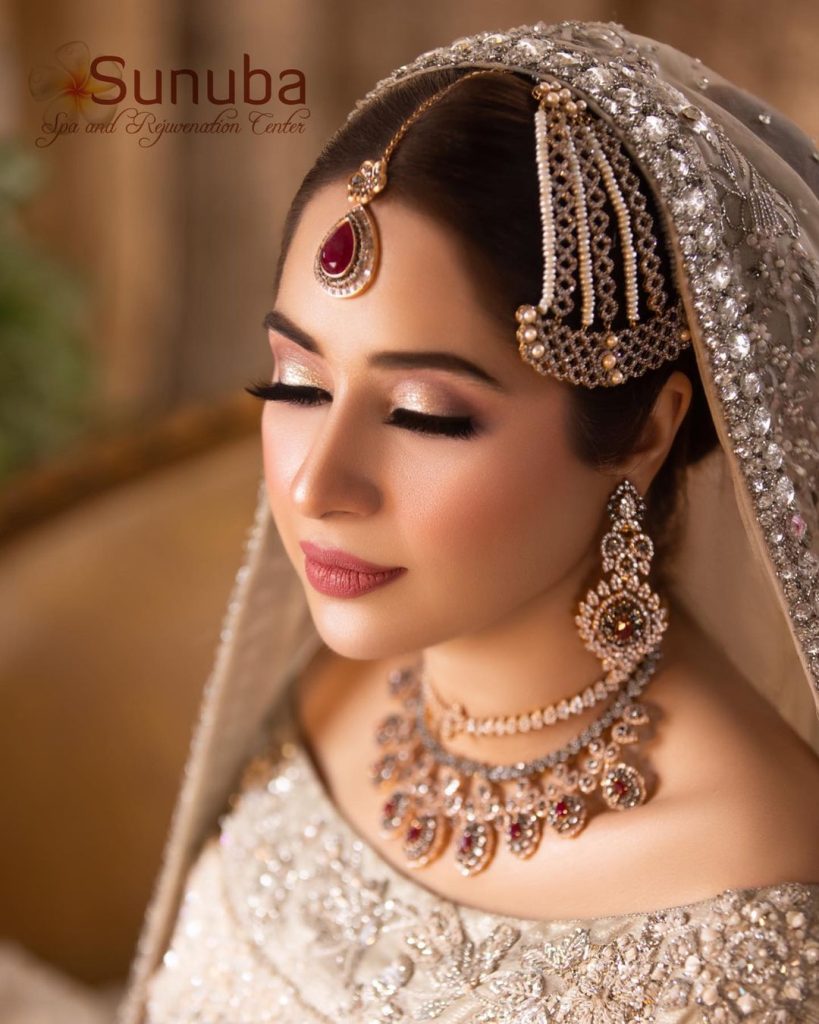 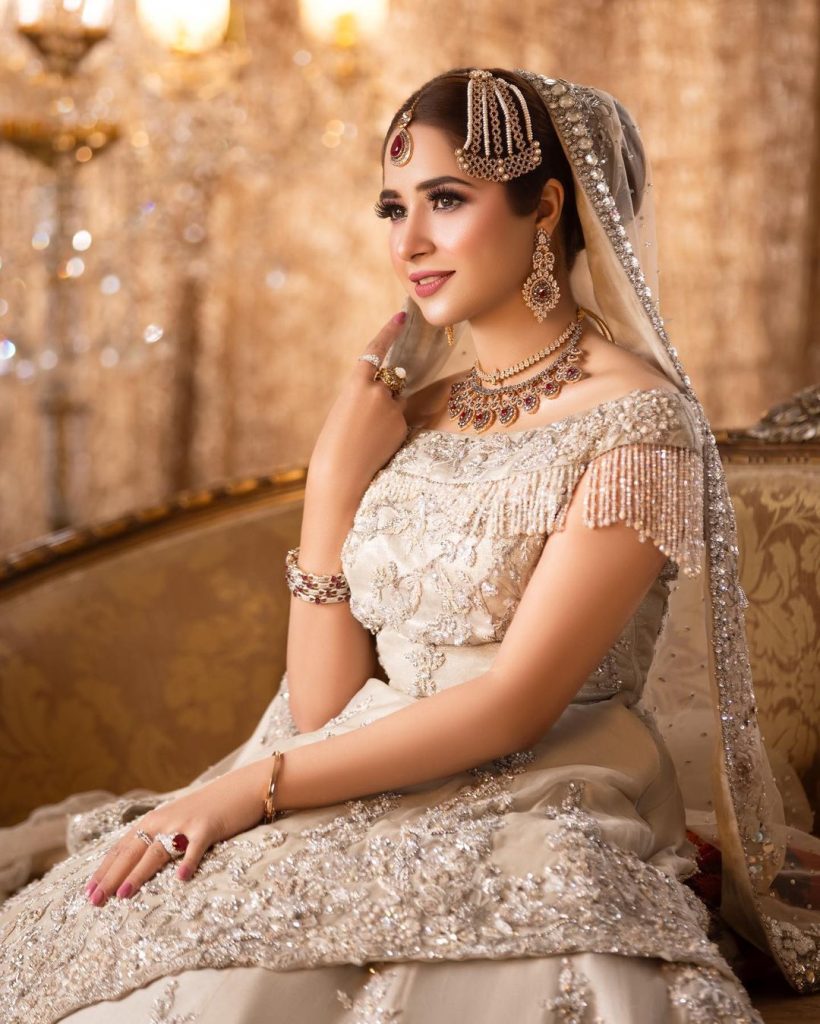 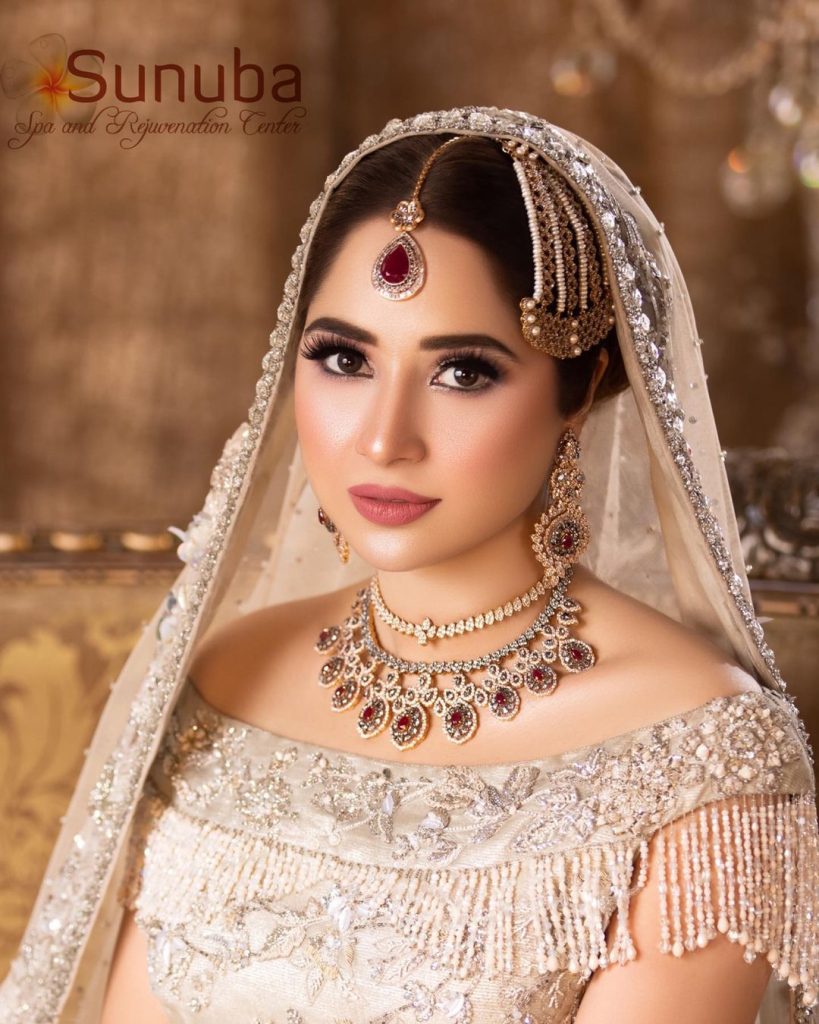 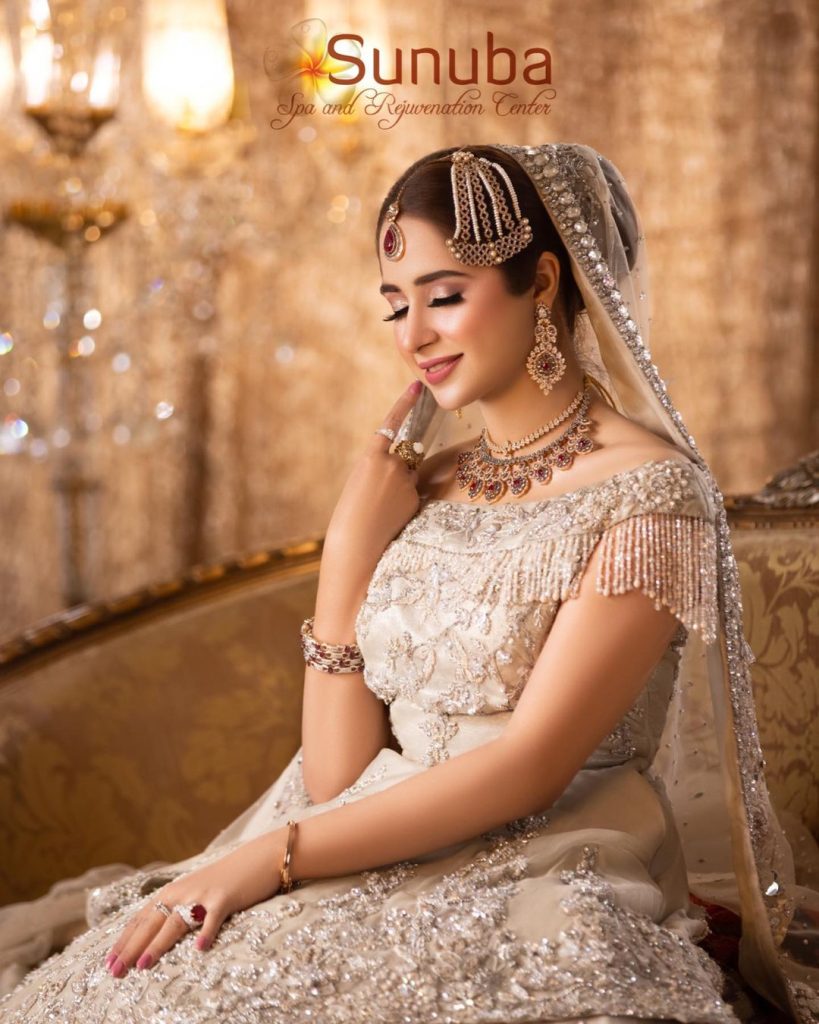 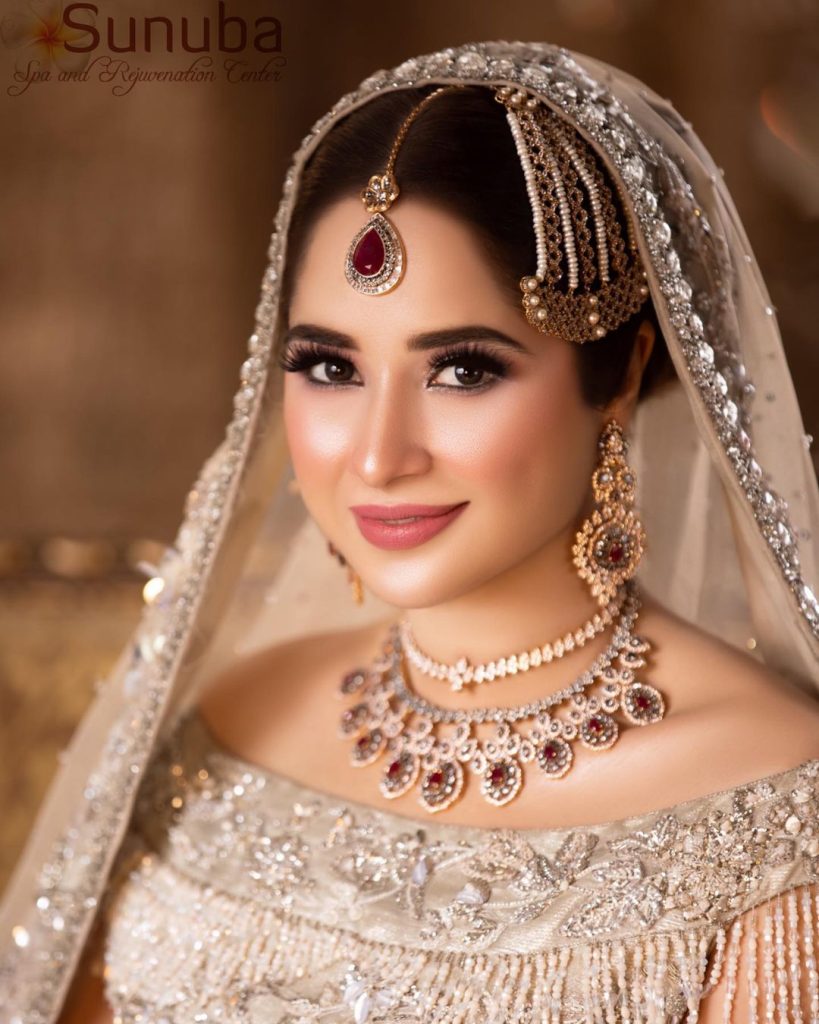 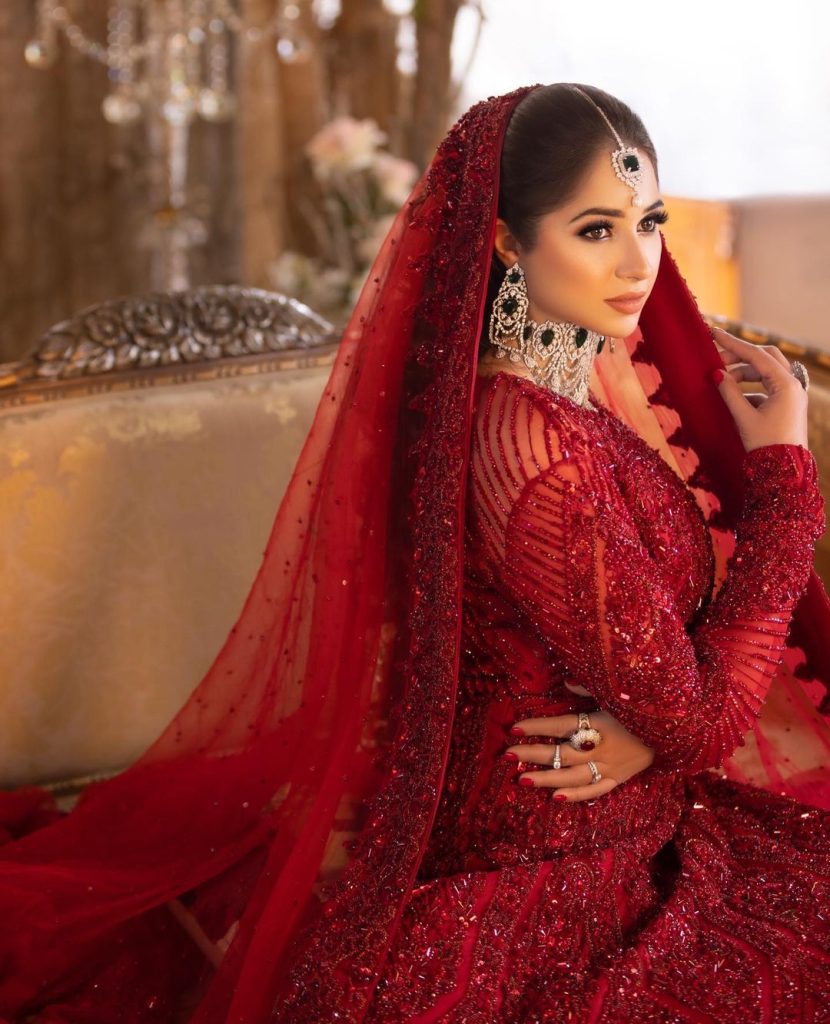 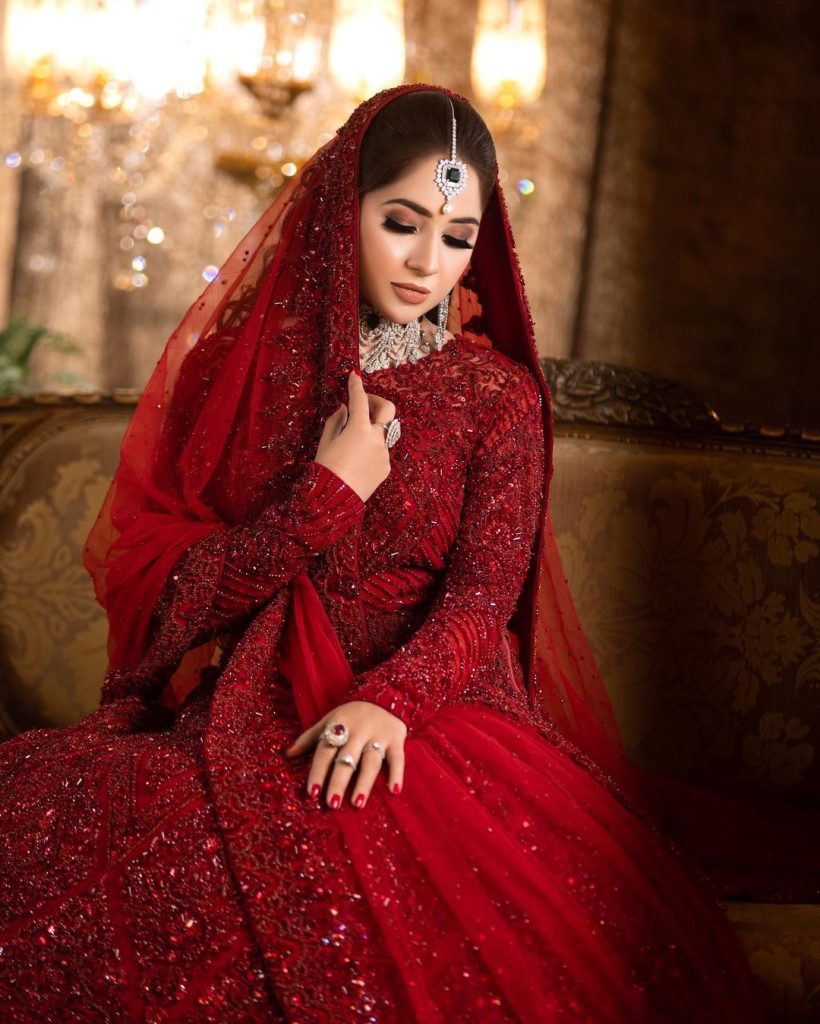 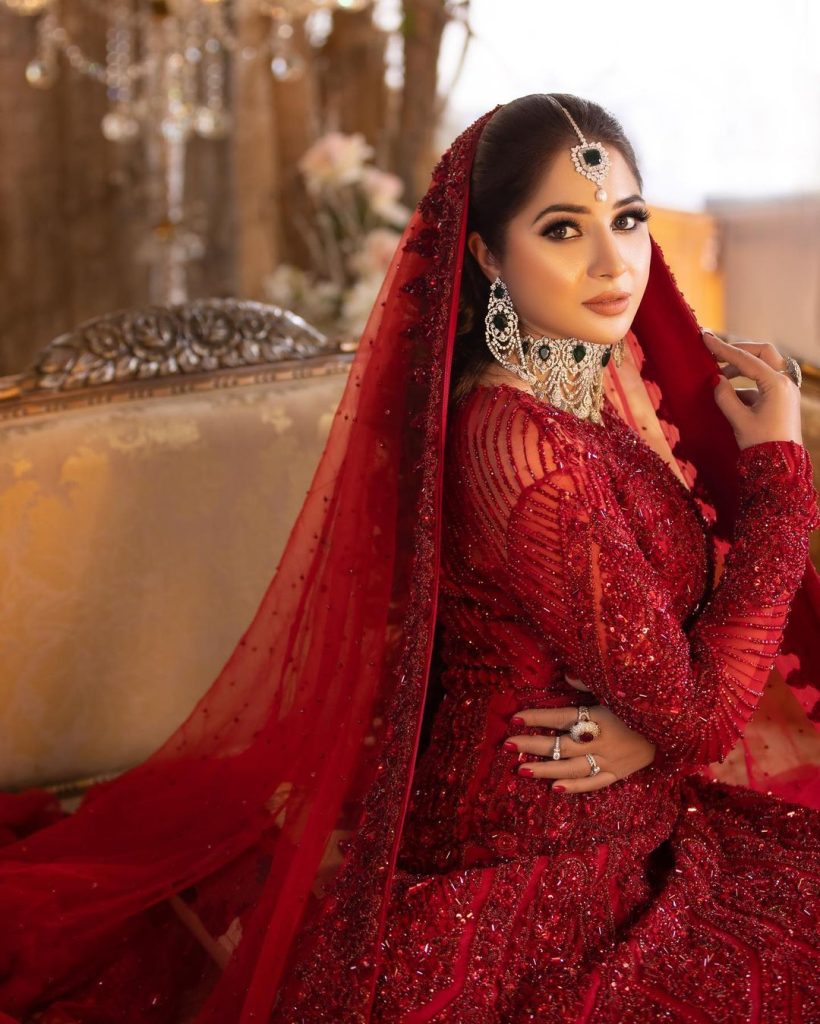 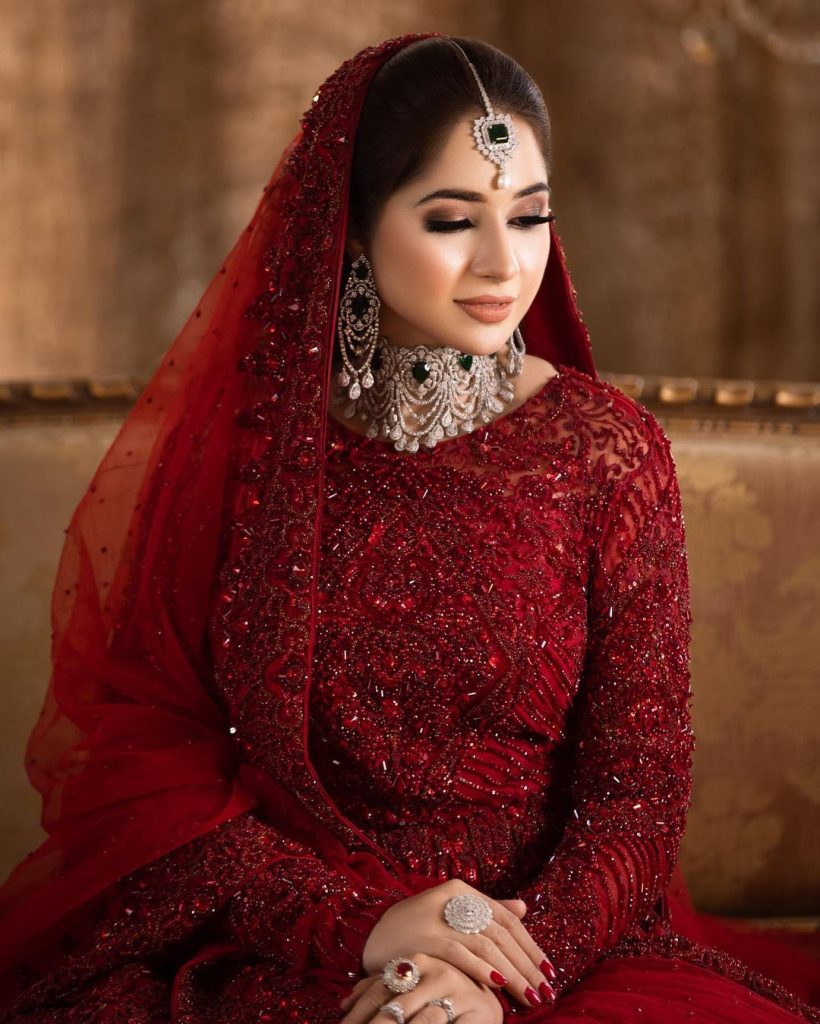 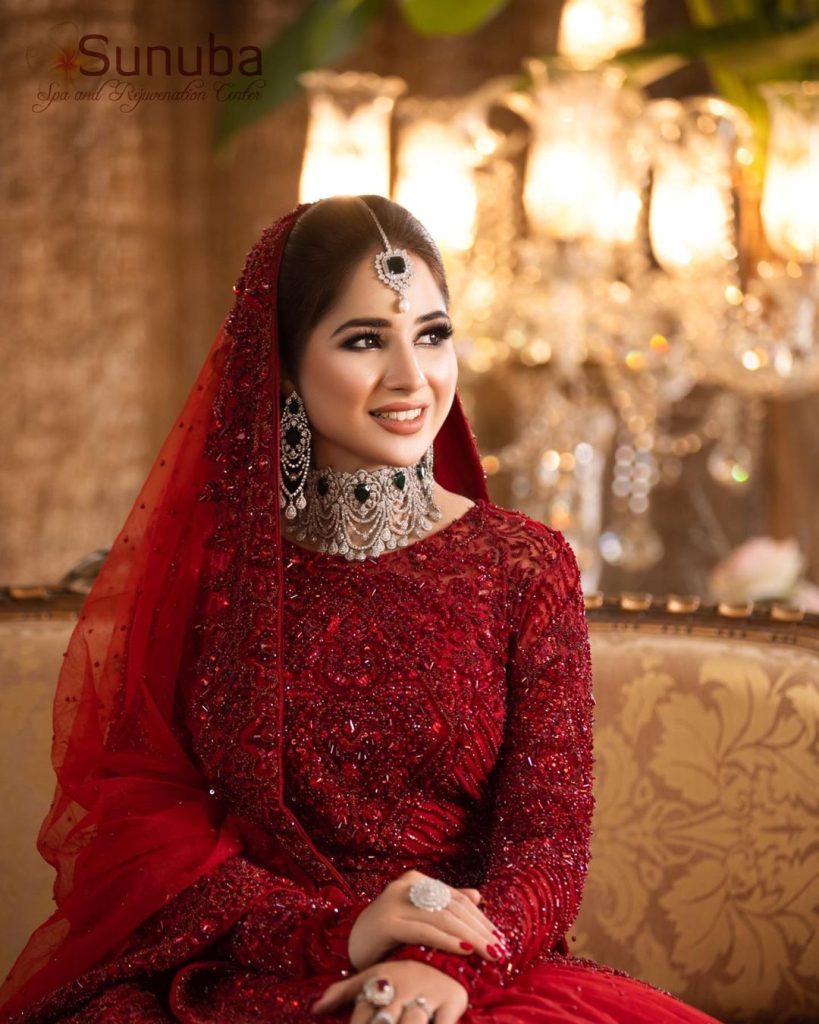 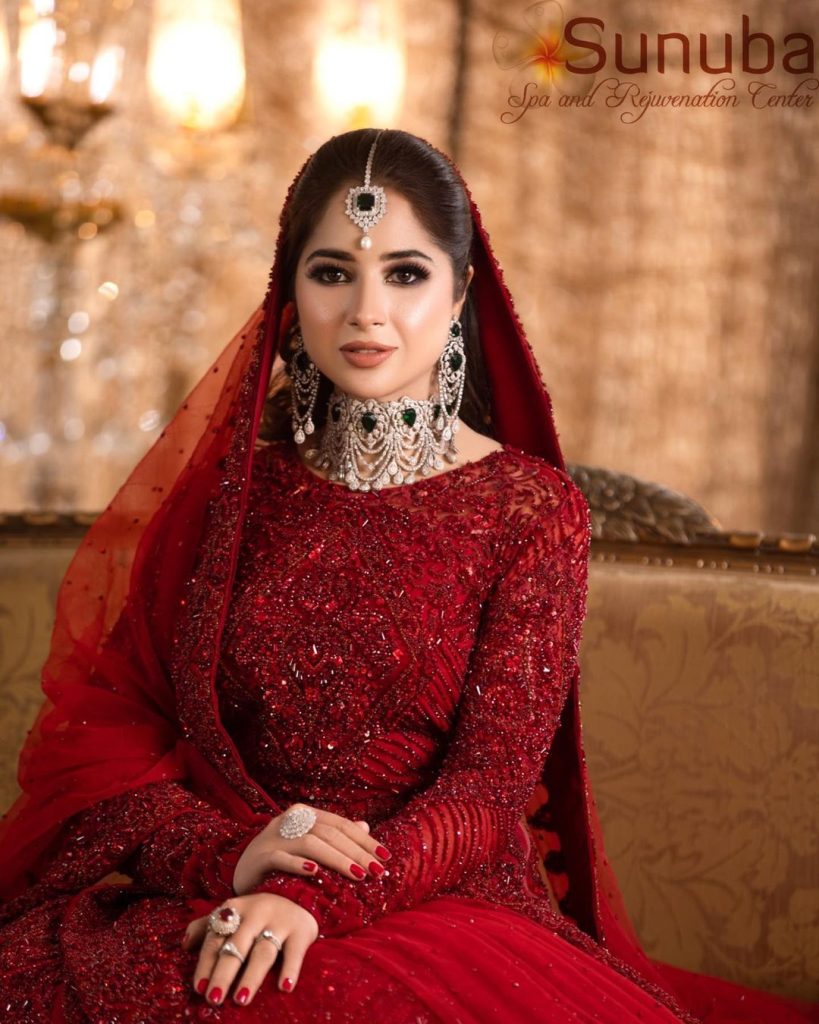