The last part of this episode was just plain shocking – I am not sure what to think. All I have for you are theories so bear with me! And feel free to share your own theories too. Rasheeda planned everything perfectly but I must say that I never saw it coming! Rasheeda knew that Shano will do exactly what she did and this is obviously what she wanted too but why?? I am still finding it hard to believe that Rasheeda actually wanted to see Shano and Khalil together or is it something entirely different? I was very surprised at Rasheeda’s short-sightedness and I kept on thinking all through tonight’s episode that she really should have known better. Shano is not the kind of girl who would have gone ahead with such an arrangement but I guess Rasheeda knew that only too well. I have no idea what the writer had in mind but I personally feel that there could be two completely different reasons for what Rasheeda did tonight. If the writer wants to make a hero out of Rasheeda then the reason could be that having been through so many relationships with men who were very selfish, Rasheeda wanted to ensure that Khalil was willing to go the extra mile in order to have Shano in his life. The second reason could be that Rasheeda hates Khalil so much and she wants to hurt Abdur Rehman so desperately that she wants Khalil dead and this was the only way to make it happen. Until now we have not seen an ounce of positivity in Rasheeda’s character therefore I am finding it extremely hard to look at her as someone who wanted to see Shano happy because the outcome of this whole situation can be extremely ugly. Someone like Rasheeda would surely know that someone could get murdered if Shano and Khalil eloped or Shano could have committed suicide if the nikkah took place. 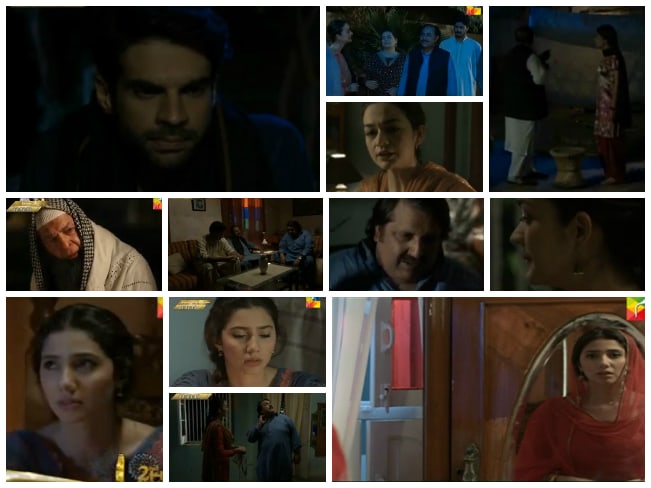 Shano and Khalil’s love story has come a long way; there was a time when these two were naive enough to think that they could spend their lives loving each other even if they could never spend a life together but they have a more realistic approach now mainly because of Rasheeda’s attitude and Mansoor’s constant reality checks. I must say that I have always found Khalil and Shano’s faith in their love very endearing. Being able to connect with all the characters and happenings has to be the primary reason why watching Sadqay Tumhare is always a wholesome experience. Watching some of my favorite actors playing one of the best roles of their lives is another aspect of this play which makes it special in my eyes. Sammiya Mumtaz tops the list in that department.

“Us pur mehrbani karo vo buhat khush rakhe ga usay”…maulvi sahab can see something Shano’s parents are incapable of seeing or choose not to see or maybe something which Rasheeda saw all along. We saw Amin pleading Khalil’s case in one of the previous episodes and while he did so he also was of the opinion that there was absolutely no reason for them to refuse this proposal except that Rasheeda was not happy with it! Well, all that is ancient history now! Rasheeda takes the concept of living in the past to a whole new level. The realization that she might not see Abdur Rehman again hit her hard but God knows what was brewing in Rasheeda’s mind all along! Bechara Fayyaz he was incharge of handling the nikkah function of the girl he wanted to marry once and he seemed to be quite okay with it too!

The preview of the next episode promises more filminess and action. Right now I am only interested in finding out if Khalil and Shano manage to tie the knot and what was Rasheeda thinking?? Mahira Khan has proved with her performance in this play that sometimes body language and facial expressions can convey much more than dialogues can. The glances that Shano and Khalil share instantly tell you what they are thinking and how they feel. Sammiya Mumtaz is talent personified and Rehan Sheikh has brought out the best in his character. Some very interesting characters and brilliant performances are what I look forward to every week while I wait for Sadqay Tumhare. Tonight’s episode however has left me with tons of questions, I am sure I am not the only one who is wondering what Rasheeda’s true intentions were!