According to our sources Sajjal Ali And Feroze Khan will be seen together in an upcoming Pakistani film titled “Mann Mere”. The producers had been trying to convince the cute and talented Sajjal Ali to do the film for many months now and she has finally said yes. Both the actors are excited as Mann Mere would be their Debut film . Sajjal Ali and Feroze Khan’s real life relationship with each other guarantees good on screen chemistry too. 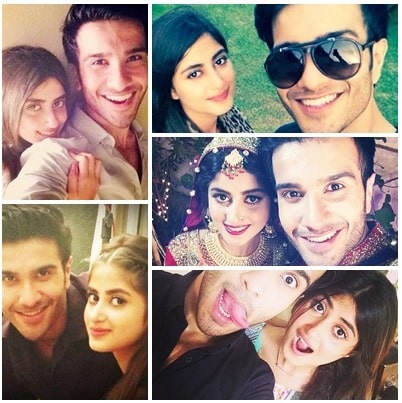 An Australian film company RC Films is producing this film . Saqib Khan, a very renowned director of our industry has also signed and came on board as director plus among the one of the producers. Mr Saqib has been associated with ISPR and has done song video shoot for Shehzad Roy.

Shooting of Mann Mere will be done in the two beautiful cities of the world Sydney (Australia) and Karachi (Pakistan) . It will be entirely family entertainment movie with a strong social message. As the producers of the movie stated that there would be no vulgarity and item song. Other details who is coming on board will be revealed soon.