Salam Ahmed Drops Out Of Cultural Event In India

Singer Salman Ahmed has announced that he is dropping out of a cultural event in Goa to Protest Violence and bloodshed in LOC.
On Wednesday, a coaster en route to Muzaffarabad was hit by the Indian troops killing 10 people and injuring 11 others.
The conflict between India and Pakistan has been affecting the exchange of art and culture between the two countries and the bans enforced from both sides have been opposed by both Indian and Pakistan artists. The only way of cultural interaction are probably these cultural events, from which our artists are willing to drop out of due oppression from the other side. But the good, and thing to be proud about is that our country’s artists speak up and take actions against the wrong.

I'm canceling my forthcoming participation in a cultural event in Goa to protest the violence & blood letting on LOC. a Broken #HeartofAsia. 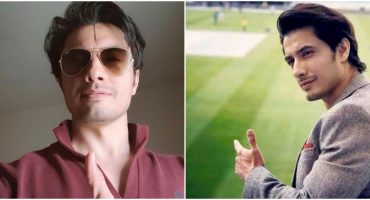 Ali Zafar Opens Up About The PSL Anthem Controversy