Sarah Khan is a phenomenal actress of Pakistan’s drama industry she has recently got married to famous singer falak Shabir. The actress has recently appeared in Hum TV drama serial sabaat in a negative character named as Miraal. Her famous dramas are “Bela poor ki Daain”, “Nazr-e-bad” and recently on air drama”Raqs-e-bismil”. 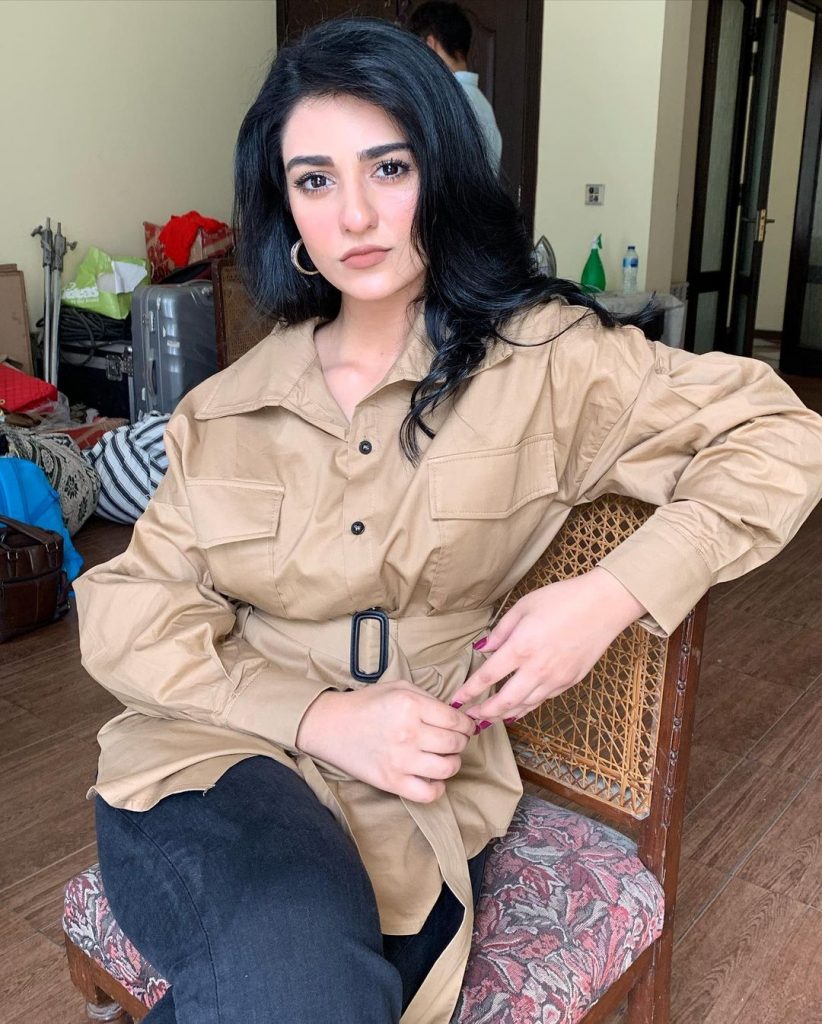 Sarah Khan and Falak Shabbir have been giving major relationship goals ever since they have got married. Their relationship was revealed when pictures from their wedding events surfaced on the internet. After their wedding Falak has never missed a chance to impress his adorable wife and the fans with his love and care for Sarah. The couple’s routine videos always takes the internet by storm. Falak is mostly seen presenting adorable flowers and bouquets to wife Sarah. 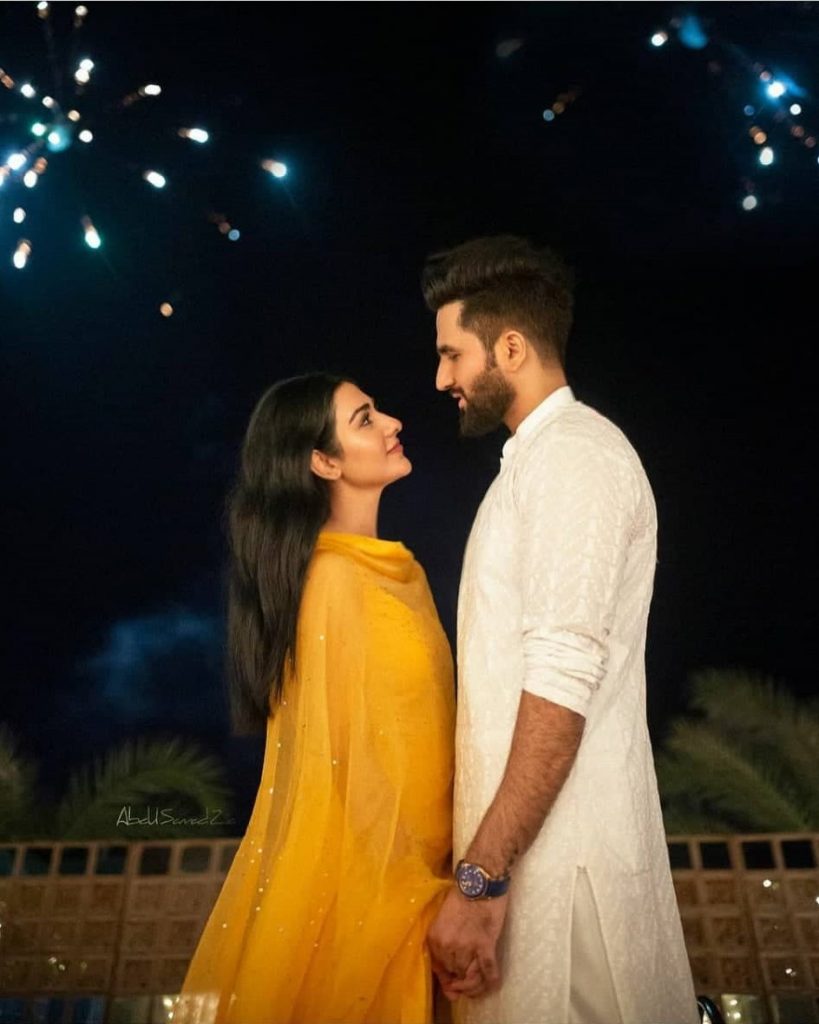 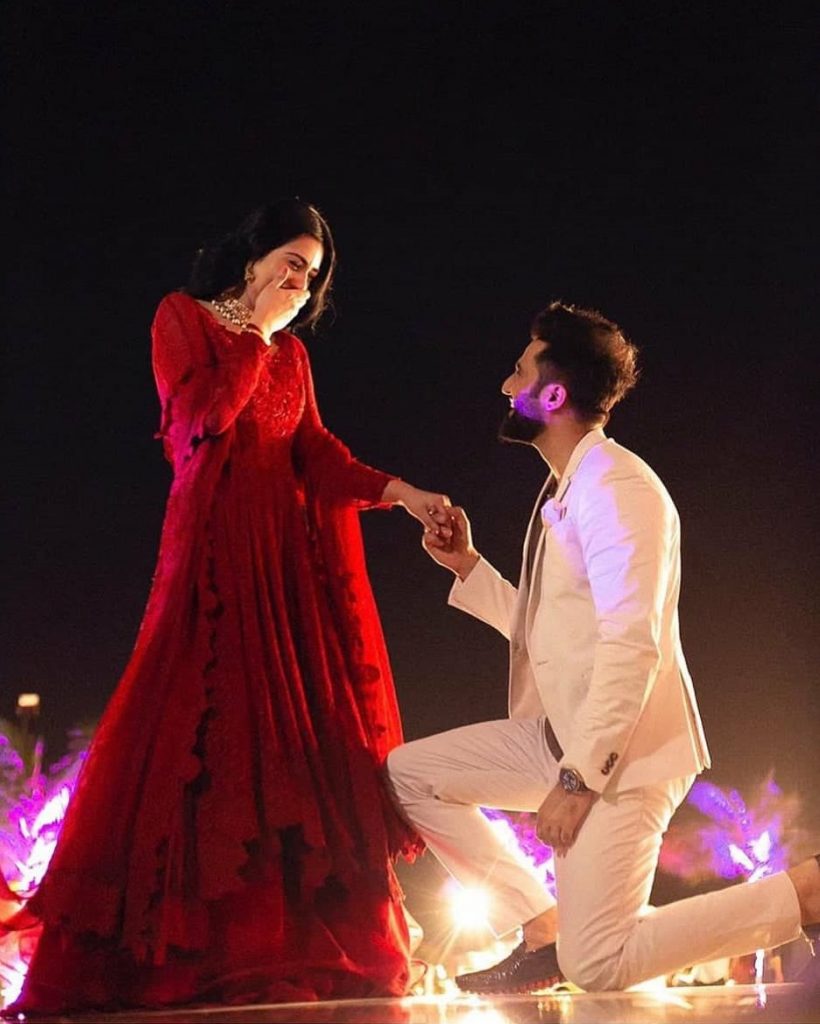 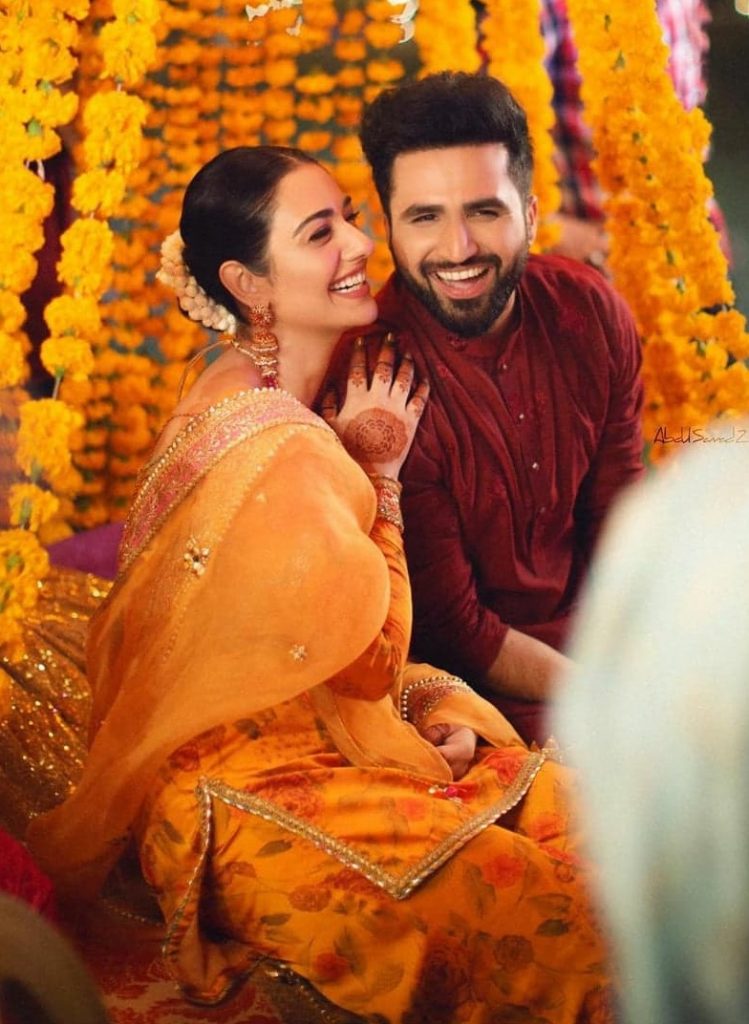 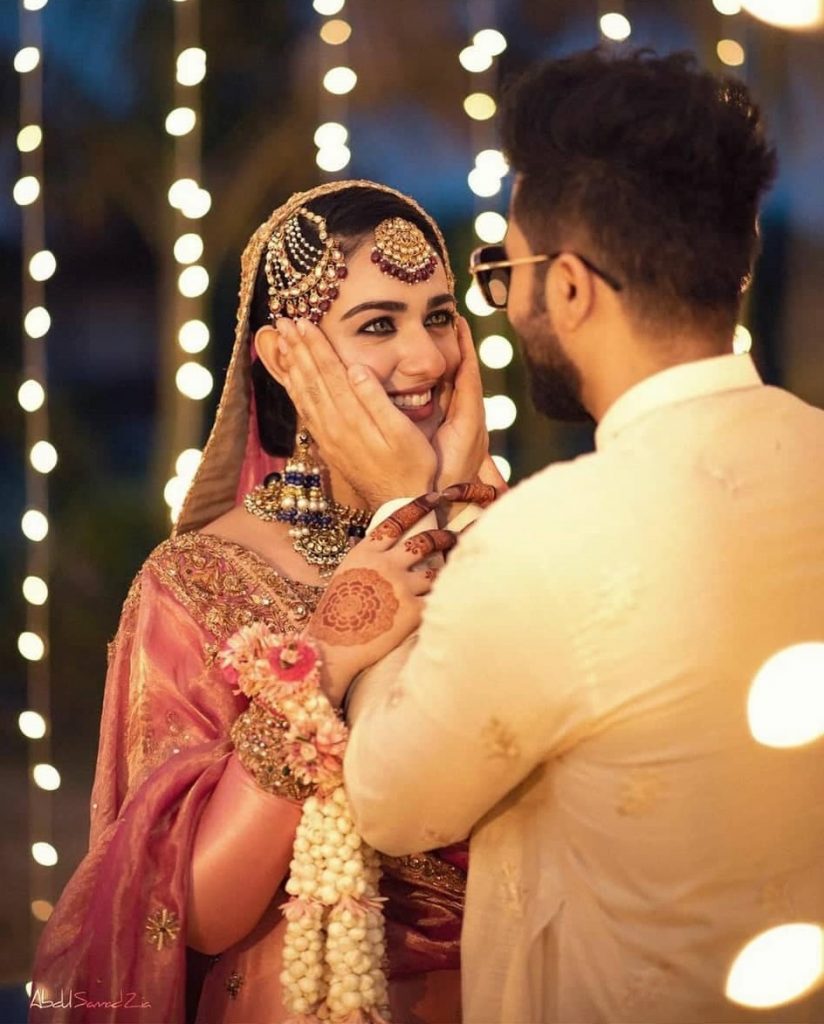 Recently Falak has posted an adorable video of his visit on the set of Sarah’s shoot with a caption “She loves my surprise visits and I love her. “. Later Sarah posted a video and picture flaunting the flower she got from husband. Let’s check out the lovely videos both the celebrities have shared. 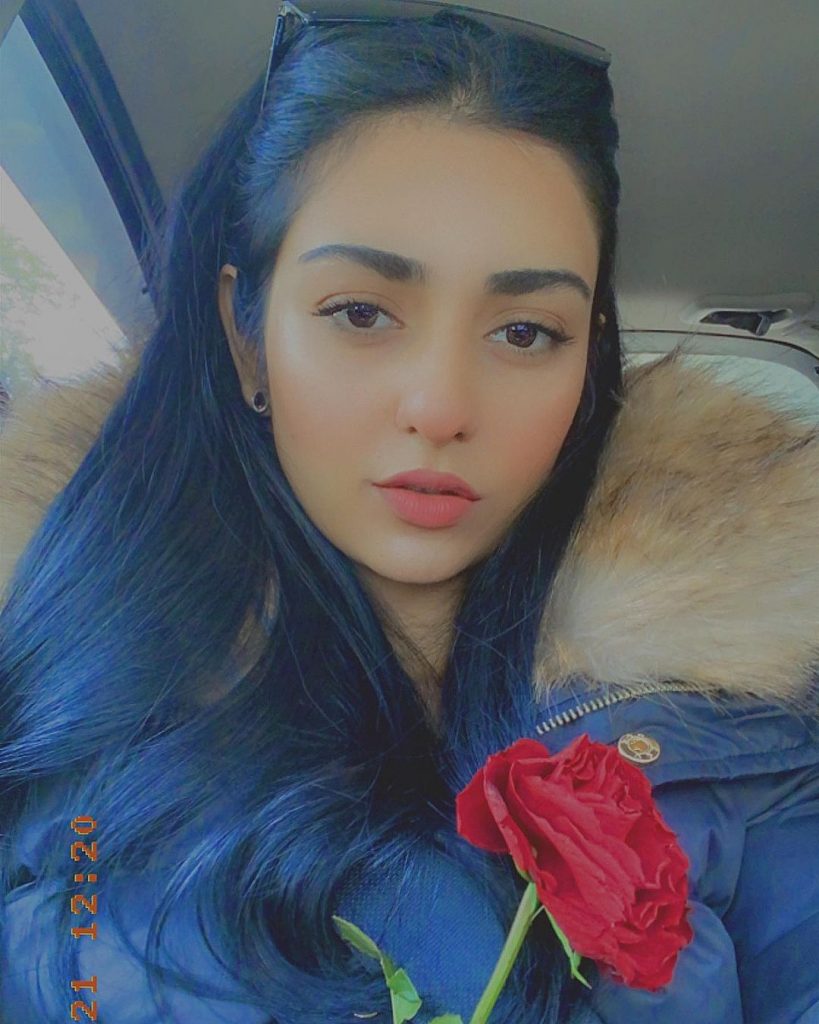 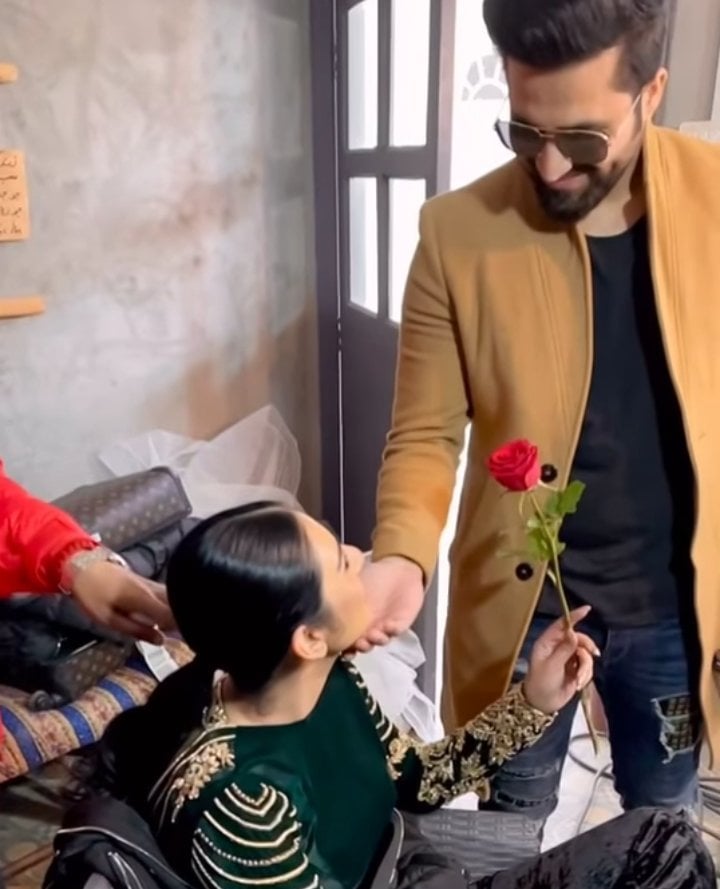 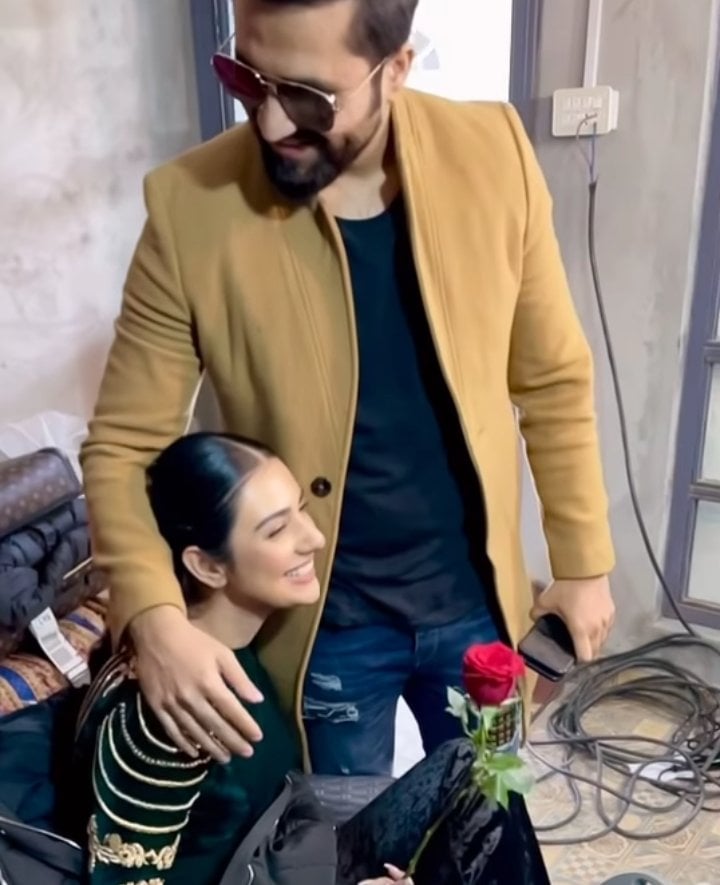