Sarmad Khoosat is all praises for co-star Saba Qamar

There is absolutely no denying the fact that Saba Qamar is a stupendous actress. She’s a powerhouse of talent and can make just about anything look good. She made history last year with her drama Baaghi based on the life and death of social media sensation Qandeel Baloch and this year it was Cheekh alongside Bilal Abbas.

Now Saba Qamar is working on her next cinematic outing, a Sarmad Khoosat directorial and production in which Qamar is starring as the lead. Titled Kamli, the film stars Saba Qamar in a never seen before avatar and will feature a list of talented actors including Sania Saeed, Omair Rana, Nimra Bucha and Sarmad himself.

Sarmad Khoosat who is a phenomenal actor himself, recently took to his social media to praise actress and co-star Saba Qamar not only for her acting talent but her grace as well.

“There are actors who are super talented. There are actors who are beautiful. There are actors who are super professional. And then you put all of that in one actor and some more of these ingredients….AND you have Saba Qamar Zaman She is a PHENOMENON! Aik hee piece hai aisa. Inki koi aur shaakh bhee nahii hai❤️ Buss aik baat ghalat hai inki 🤭 she thinks I don’t like being photographed with her 🙄 buss shart itni hai kay I should look one quarter of how good she looks in ALL her photos. Immodest confession: she makes me look quite nice in this photo 😘😘 A real sneak peak from the sets of #kamlithefilm,” wrote Sarmad on his Facebook while sharing an endearing picture of himself and Saba Qamar together. 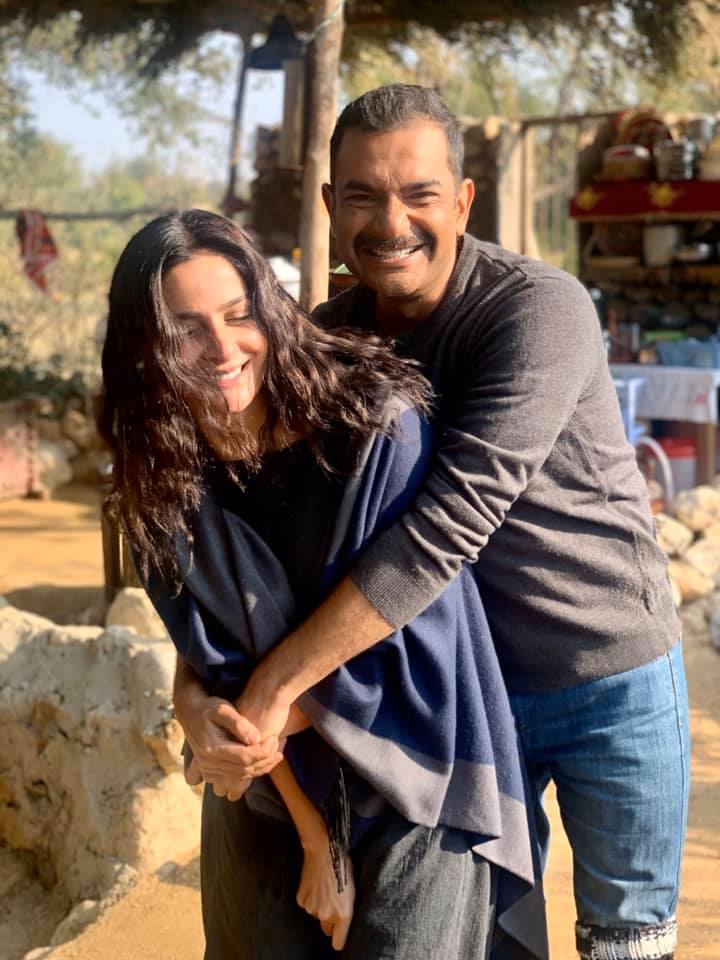 Saba Qamar was then quick to thank Khoosat for his kind words and his overwhelming compliments. “I’m touched,” she wrote as she reposted the picture.

Qamar and Khoosat have previously worked in Sarmad Khoosat’s directorial Manto. The film released critical acclaim and the same is being expected of Kamli.