Sarwat appeared on Sameena Peerzada Show and she spilled beans on many of things that nobody had known about her before like how she is happily married to her second husband, Fahad Mirza. She said that the two were in a relationship during their college days but had to end it because their education was  being affected. But with time they grew apart and Sarwat married someone else.

But the love birds had to be united. Sarwat got divorced and one fine day Fahad showed up at one of her theatre plays and that lead to a new begining. They started dating again and soon got married. The couple have two beautiful sons. Recently, a Qawali Party was organized by the CEO of Hello Magazine, Zahra Safiullah, where many popular faces were invited. Deepak, Perwani, Mikaal Zulfiqar, Sarwat-Fahad were also spotted.

The couple seemed to love each others company and also the qawali night. That’s what the happiness on their face tells. Sarwat Gillani’s Naulakha which stars Bushra Ansari is running on TV One these days. While, Fahad Mirza recently did veteran actor Sajid Hassan’s surgery successfully after he got head injuries during his hair transplant. Sarwat is also a part of YTV’s story telling for kids. 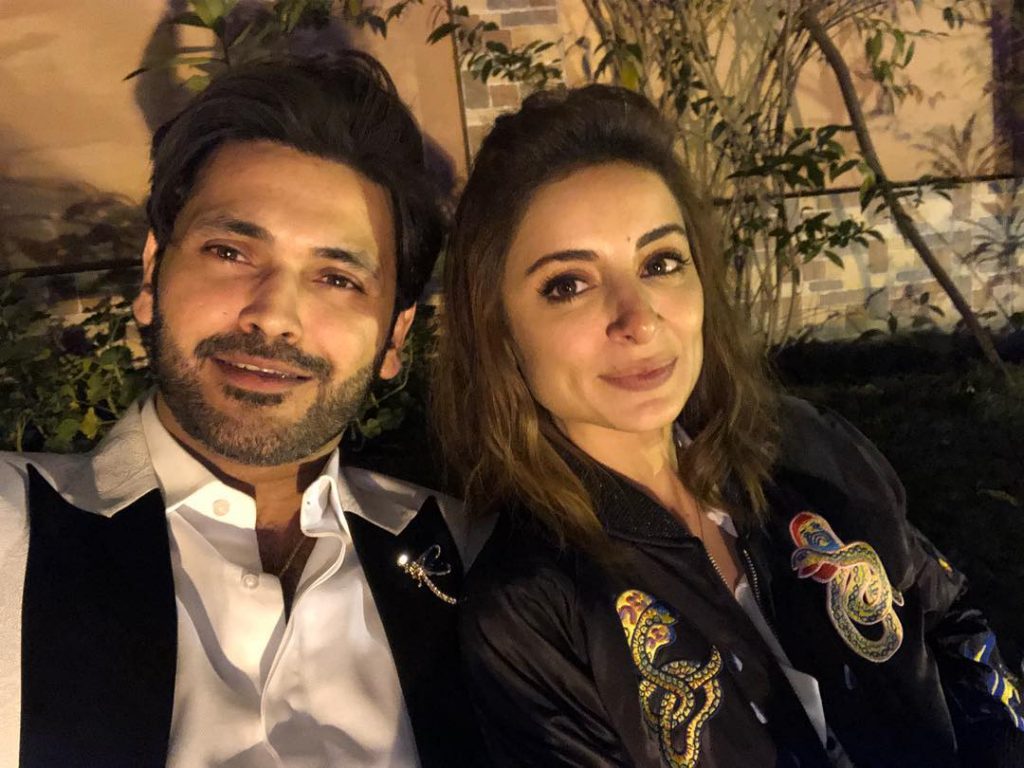