Sequel to popular shows has become a trend in the past few years. But the question is, is it always a good idea to try to extend a masterpiece? A lot of audiences want to see their favorite characters on screen again and want to know more about the story but to have the same expectations from the sequel as the original show is an unrealistic expectation as a master piece cannot be recreated. Sequels are often good and enjoyable to watch and have their own charm but the expectations from audiences are too high and the sequel mostly disappoints the viewers. But I must say, some sequels are really pathetic and manages to ruin the original story too. Here is the list of a few shows with sequels: 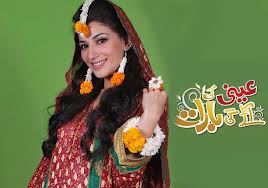 The popular Baraat series started with ‘Azhar Ki Ayegi Baraat’ which featured Sarwat Gilani and Hasan Niazi as the leads and the cast had wonderful actors such as Bushra Ansari, Saba Hameed, Javed Sheikh, Samina Ahmad, Sana Askari, Shehryar Zaidi, Natasha Ali, Rahael Butt, Ali Safina and Uroosa Siddiqui. The story was very refreshing and the right touch of humor by Bushra Ansari in addition to the beautiful direction by Marina Khan turned it into a hit show. The second series in the Baraat installment was ‘Dolly Ki Ayegi Baraat’ which was again appreciated by audiences. The show maintained its charm till the second installment but the third show in this installment ‘Takkay Ki Ayegi Baraat’ seemed forced and dragged and the show started to lose its charm. Last year, we saw a fourth installment ‘Dolly Ki Ayegi Baraat’ which was entertaining in its own way but was no match for its previous installments. However, the concept of this show and Bushra Ansari’s character has managed to uplift every season and has made the audiences laugh. Now let’s see if we get to see a fourth installment this year! 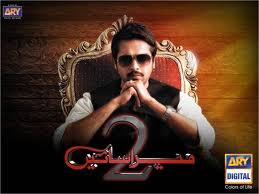 This show was another hit which had a sequel which we got to see last year. The original drama included names like Nouman Ejaz, Sawera Nadeem, Amna Sheikh, and Sunita Marshal. The story was again different with a negative character as the main lead and the show managed to impress the audiences with its different concept. Mera Saeein 2 was then produced as a sequel to this show which was much more glamorous than its first installment. It had an impressive cast which included names like Fahad Mustafa, Mahnoor Baloch, Ayeza Khan, Anoushay Abbasi, Waseem Abbas, and Zyla Sarhadi. Now the question is what went wrong?

In the process of making the show interesting and full of suspense, they ended up ruining the story. There was no concrete story but senseless twist and turns in every episode which seemed pointless at times. Fahad Mustafa gave an astounding performance and it was the first time I saw him in a proper negative role and he completely nailed it! He was the only reason why I saw the show as the story had become completely senseless after a few episodes. 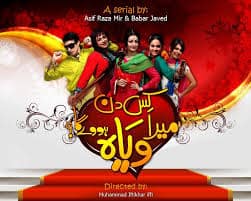 This is another show which became a hit when the first season went on air. It included stars like Faisal Qureshi, Aijaz Aslam, Jana Malik, and Aimen Tariq. The brilliant acting by Faisal Qureshi and Aijaz Aslam managed to make this show popular among the masses. The show then came up with a sequel which had Sumbul Iqbal and Sana Askari as the female leads. Of course, the sequel could not match up to its first season and dragged at times and the comedy scenes also seemed repetitive. What saved the show was Faisal Qureshi and Aijaz Aslam’s acting! The third season is in the making and it will air very soon. 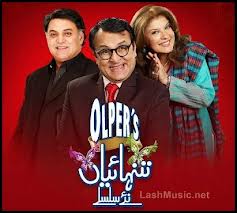 This was the most awaited and hyped serial of last year! It was the sequel to the legendary show Tanhaiyaan which is still imprinted in the memory of all Pakistanis. Whether young or old, all audiences have watched this show or at least heard of it and a lot was expected from its sequel. The sequel had few old stars like Marina Khan, Asif Raza Mir, Behroze Sabzwari, Badar Khalil and new stars like Alishba Yousuf, Syra Yousuf, Shehroze Sabzwari, and Shehryar Munawar Siddiqui.

Again, the show had its own charm and was very entertaining but then again, it was no match for the original master piece Tanhaiyan. I found a lot of loopholes in the story and the newcomers’ acting was not up to the mark. But overall, it was a good show but unfortunately it could not meet the audiences’ extremely high expectations as many people seemed disappointed with the show.
. 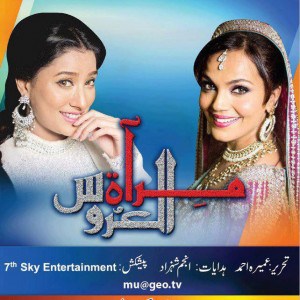 This show is considered to be a sequel of the show Akhbari Asghari which aired on Hum TV. I would not say this is a proper sequel as the context and storyline has been altered. But the story is on a similar lines as we can again see the story of two contrasting sisters who marries two brothers. Akbari and Asghari are seen as the grandmother of the two sisters and the two brothers.

This show has its own charm and I found it even better than Akhbari Asghari as the story is more interesting and powerful. The cast of Mirat Ul Uroos includes Amna Sheikh, Mikaal Zulfiqar, Ahsan Khan, Mehwish Hayat, Samina Ahmad, Momal Sheikh and others.

So do you guys agree? Does a sequel manages to take the charm away from the original story?