The story moved forward a little with this episode and tonight’s installment was slightly more engaging than the previous two episodes. Nyle’s father’s character has to be one of those very few supporting characters who manage to win you over completely even though they don’t get a lot of screen time. I really like the way Salman Shahid is underplaying his character and bringing out the best in it. Unlike the women in the house his personality is more subtle and likeable. The scene at the lawyer’s office suggested that there is more to his character than what appears on the surface. I loved Nyle’s father’s scene with Ikhtiyar, not only did it show how strong the bond between these two was but it also gave the viewers an insight into Ikhtiyar’s background story. There are times however when you feel that some of the scenes needed a little more depth and they should have been explored more too.

The misunderstanding between Nyle and Zoya would have been far more relatable if Zoya’s character and her feelings for Nyle were given a little more attention in the previous few episodes. Zoya keeps you guessing whereas there are plenty of scenes in which Nyle shows his likeness for her. Nyle’s mother wants to make sure that her son gets married to the girl she wants him to get married to therefore when she felt like Zoya might be the girl he is interested in, she did what she could to make sure that she takes a step back. Slowly Nyle’s mother’s character is turning out to be more authoritative and that of someone who will not take a backseat when it comes to choosing the girl her son gets married to. Bushra Ansari’s character is a somewhat lighter version of the role she played in drama serial Jhoot. She is equally controlling in this one too but cracks a few light jokes every now and then. Kubra Khan’s character is also a repetition of many characters which she has played in the recent past, which is rather disappointing because a lot of viewers expected her to play a different role in this play. Zoya’s character isn’t meaty enough either for a leading character. 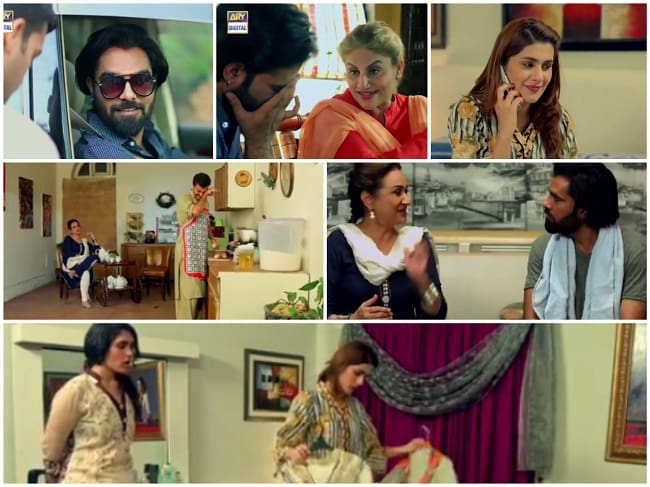 Phupo and Ikhtiyar’s nok jhok was fun to watch in this episode especially because these characters balance out the seriousness of Nyle’s mother’s character and also that of Zoya. I still feel however that Nyle’s family needed additional friends or neighbors to make the whole scenario more interesting. Phupo’s obsession with food and her relationship with all the characters has been interesting throughout. I can already see her as someone who will support Nyle once he declines to marry ama’s ladli niece. I am looking forward to watching how Sadia Faisal plays her character. I am glad that we will finally get to meet Rimsha in the next episode.

Overall, this was a much better episode which gave me a reason to tune into this drama next week too, I do feel however that overall the story could have been far better. Having said that, I am definitely more interested in some of the tracks now and hopefully the story will pick up pace in the upcoming episodes. The pace of a drama plays a major role in keeping the interest of the viewers intact especially when you are watching a drama like this one.