Ohkay so, this episode of Shehnai didn’t really offer much in terms of development, however, all the scenes & conversations between the characters were still very interesting to watch. Over the period of time, I have gotten used to all these characters that irrespective of the fact whether they do something or not, I simply enjoy watching them on screen. There is still a very nice energy & vibe that they all have, which makes it a very hassle-free drama to tune to because one thing is for sure that you’re going to have a great time watching it & this is exactly what this episode did.

Bakht & Hunain Looking For a Chance

The highlight of this episode for me was the conversation that both Ahsan & Rafay had. Although they couldn’t say what they actually wanted to, but it was amusing that the one person creating troubles for them both was Qifayat. Ahsan couldn’t do much because he happens to be his father & Rafay also can not afford to say anything because Qifayat is going to become his father-in-law. I really like how the relationships have been developed in this drama & how it has been shown that two people can fall in love with each other respectfully. Not even for once, I have felt uncomfortable seeing these relationships because of how carefully they have been tackled & decently portrayed.

It was unfortunate that Munni took her hands off & decided to call it quits. She was being insulted by both Tooba & Maliha therefore she decided to end her support to these young girls. It was sad because I was really looking forward to what Munni was going to do for them but it seems there wasn’t much light shed on it & before anything could happen, she just backed out. I am sure the girls will one way or the other convince her again but yes, that entire track was really cute too. 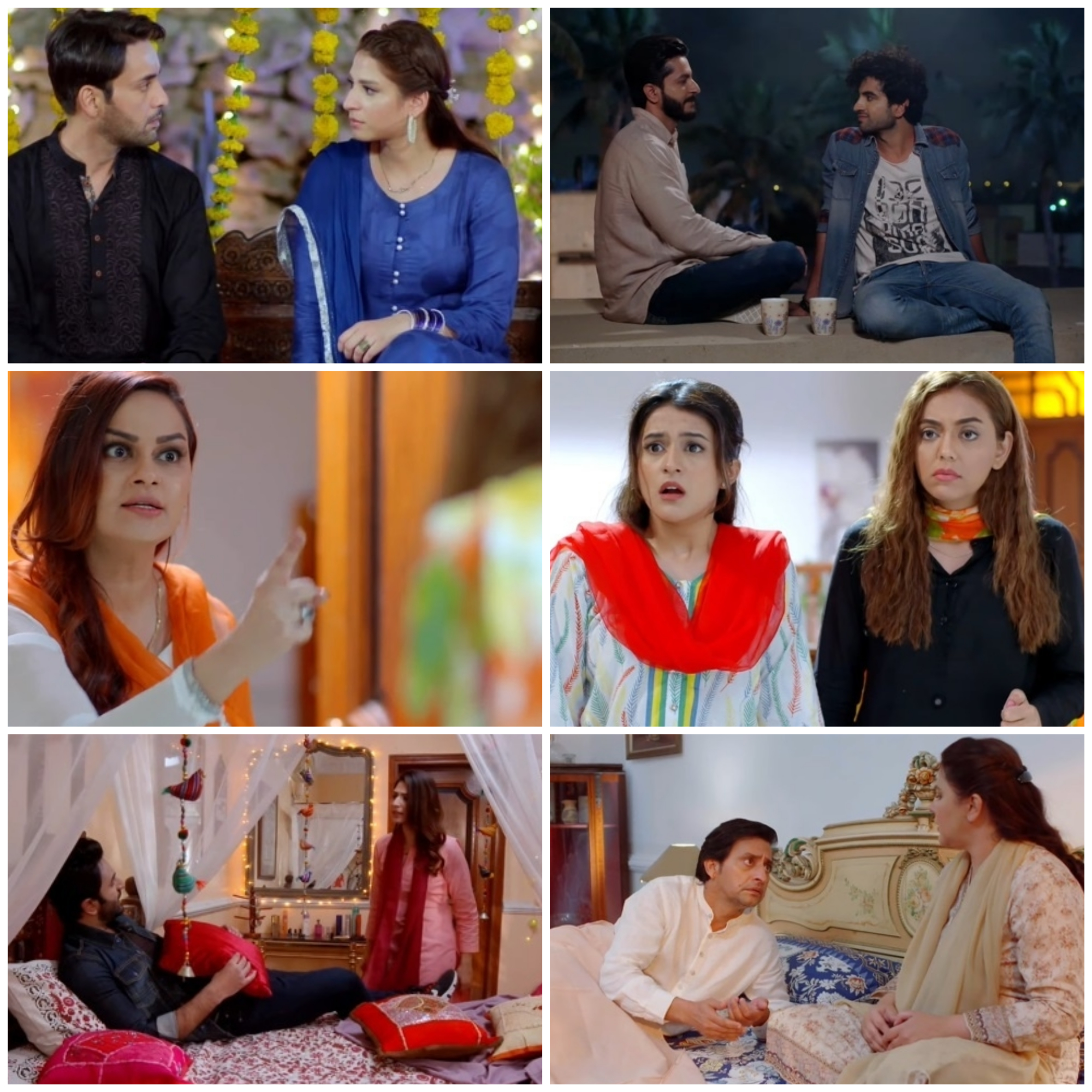 Bakht is being fooled by Hunain & although he told Qifayat that he was not going to deceive Bakht this time around, there is absolutely no doubt about the fact that he is definitely here for Bakht’s wealth & not because he loves her. He has seen that Bakht is ready to give him another chance, therefore he is trying his luck once again. The only difference is that this time around, he has also gotten a clear pass into her home & he is being welcomed like a family member, which makes him complacent & hopeful. Bakht is not really saying much but it is pretty clear that if she gets a chance, she will definitely pick Hunain over Meerab because she has pretty much made up her mind that Meerab can never wish well for her & he is selfish.

Meerab wants to help Bakht out but I think before doing that, he needs to help himself & sort things out in his mind as to how he wants to approach this matter. His cluelessness is not going to get him anywhere & considering he is faced with a manipulative Hunain, Meerab really needs to work smart. His sincerity & intentions definitely make him a decent person but the fact that he just doesn’t know how to go about things kind of makes him look dumb at times. I so wish Meerab had used his smartphone & made a video of Hunain & Qifayat’s meeting because that would’ve helped him at least.

It is funny that just when you think everyone has decided to mind their own business, you see them being more interested in stirring the pot & in the drama. This time around, Qifayat decided to take a backseat because Hunain threatened him but Tooba & Maliha were again on it, hoping to find something that would help them further their agenda.

Overall Shehnai is a very interesting watch & the best part is, every episode has so much to offer because there are so many characters & each one of them contributes equally in making it happening. The credit definitely goes to the writer first for perfectly tackling so many confusions & misunderstandings while still keeping it pretty clear & evident. There is so much personality & character in each one of them that really adds so much flavor to the overall story. The direction is another strength of Shehnai followed by brilliant acting by all the actors. Please share your thoughts about this episode of Shehnai.