Shuja Haider has posted a video clip of Nawazzudin Siddiqui who was invited in Arbaz khan’s show where he has told during some discussion that in the days of Manto I used to listen to the song of Pakistani singer Momina Mustehsan tera wo piyar on loop. Whenever  I used to be on shoot, I used to listen it once before my scenes I didn’t know but it helped me alot although there wasn’t any link of the song with the shooting and scenes but it helped me in shoot.

After listening to this Arbaz Khan said it’s really interesting but we all actually can relate because we have listened this song on loop, almost everyone of us.

Shuja haider posted this video of Nawazzudin Siddiqui on his Facebook thanking Momina Mustehsan on tagging him in the video.

Well we all know it was beautiful composition and beautifully sung by momina and it has 132 million views on YouTube along with thousands of praising comments.

You all must need to listen to the song again and again. 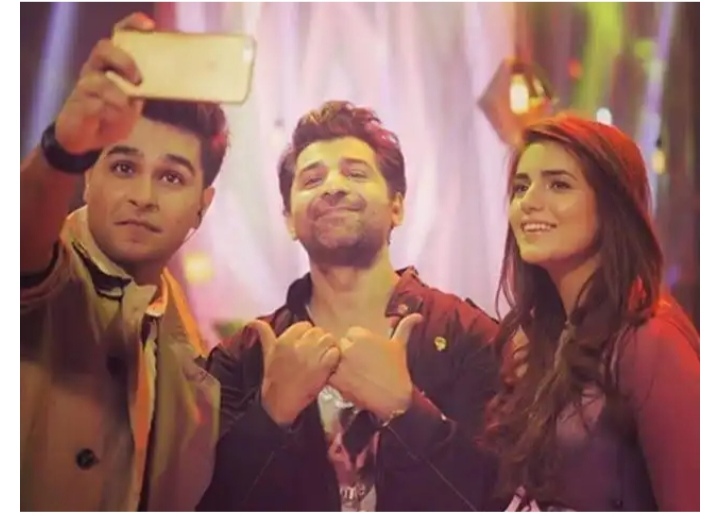 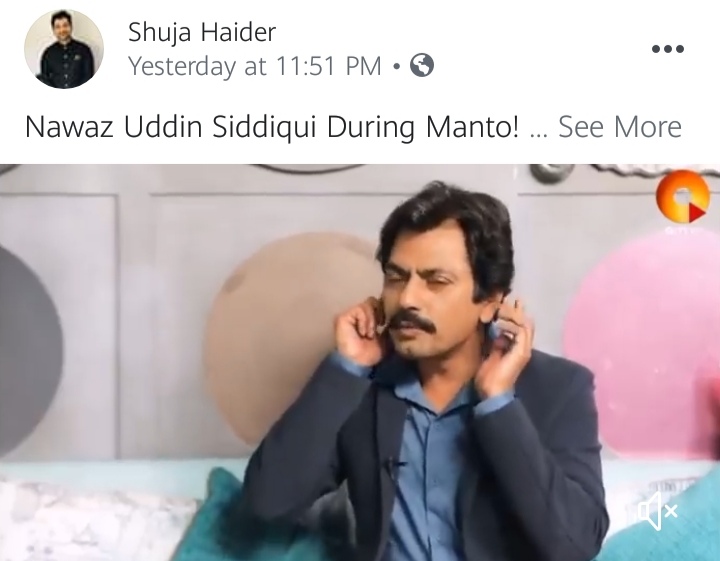 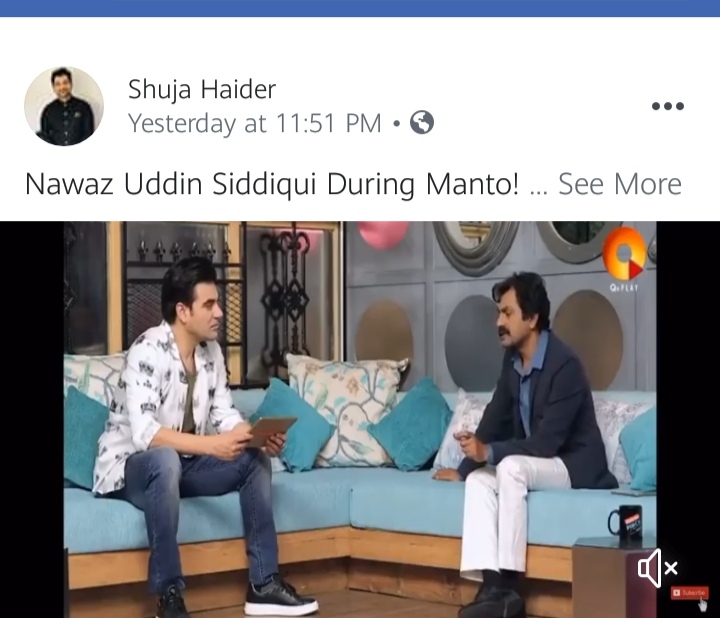