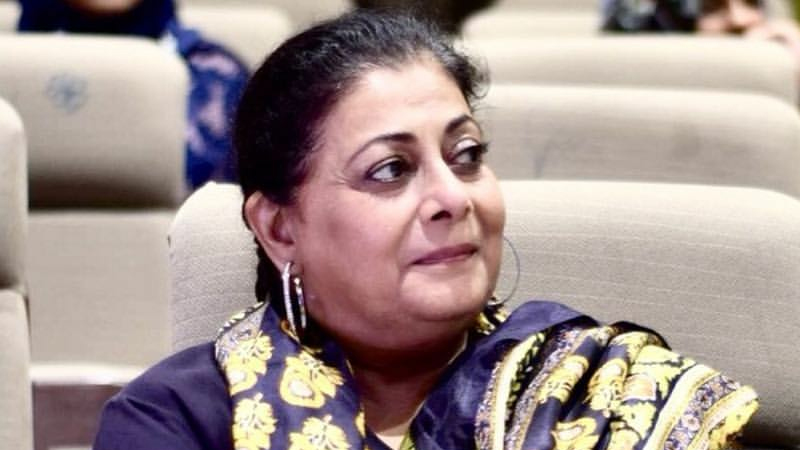 Simi Raheal recently shared an image of a cheque that she received from the Pakistan television corporation (PTV). Simi Raheal got this honorary cheque of appreciation from PTV and she is furious about the amount written on it. PTV sent PKR 1400/- to Simi Raheal.

Semi Raheal shared the picture of the cheque on her Instagram and wrote: “This is how artists are honored by the state!!! This is the acknowledgment of Pakistan Television after 4 decades this was truly appalling!!

In the comments section, some people asked Simi Raheal to cool down as PTV made her the star. Whereas some people find it disgusting and advised her to return the cheque. Youtuber Rahim Pardesi also commented to show his disappointment. 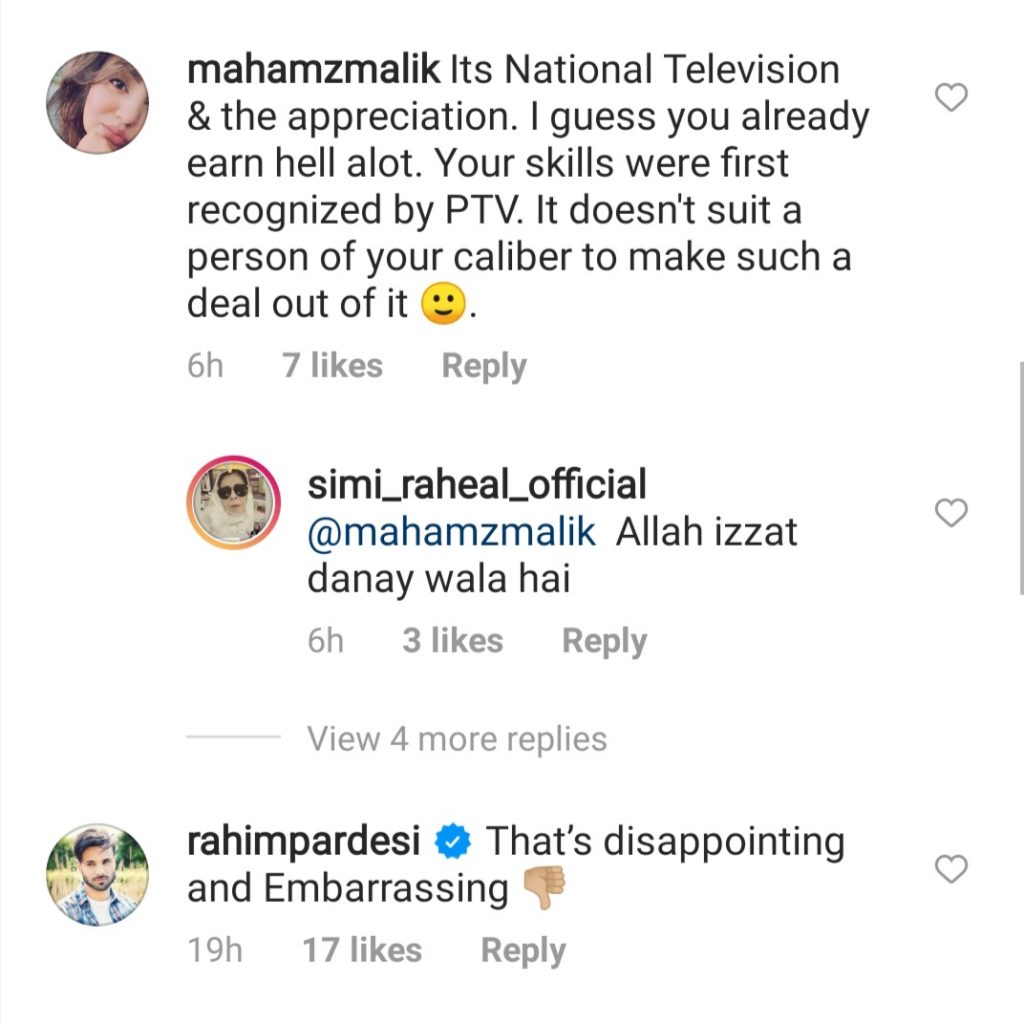 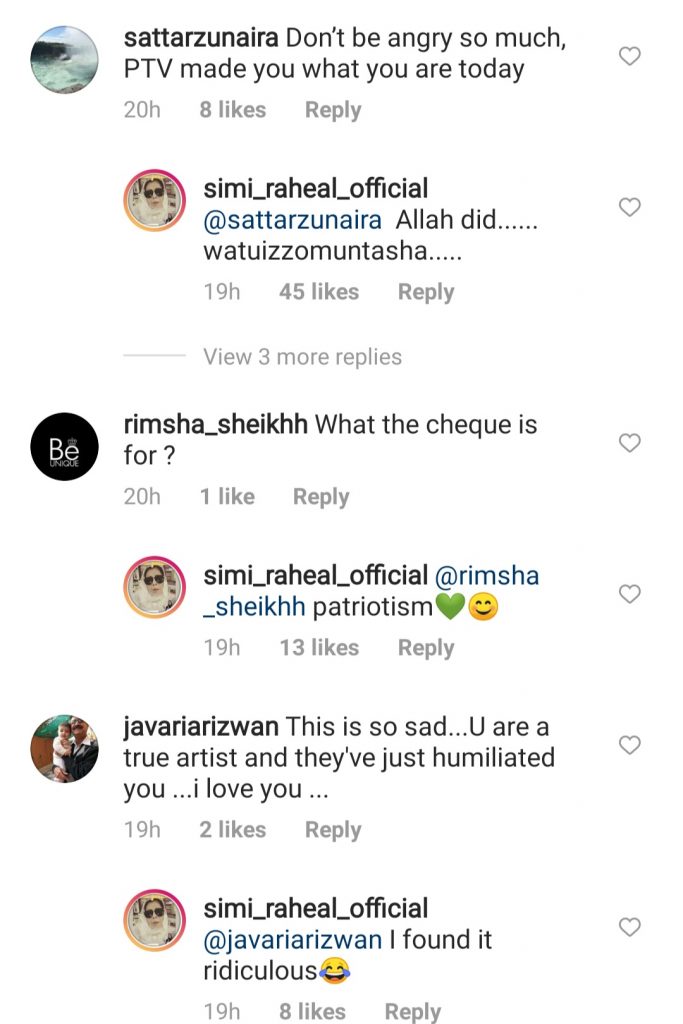 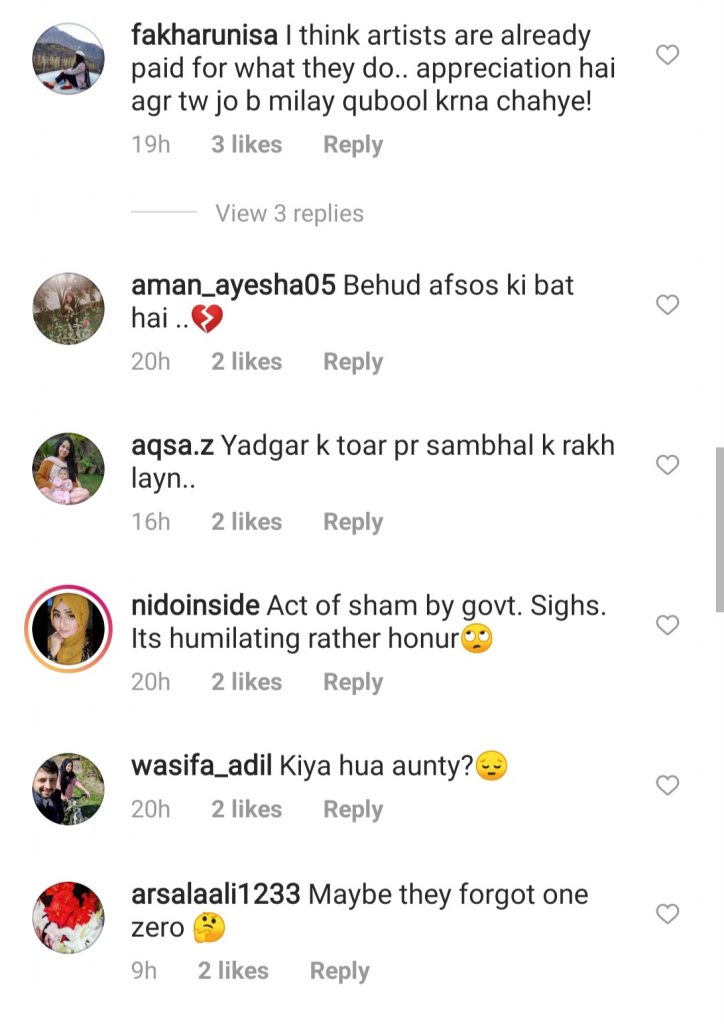 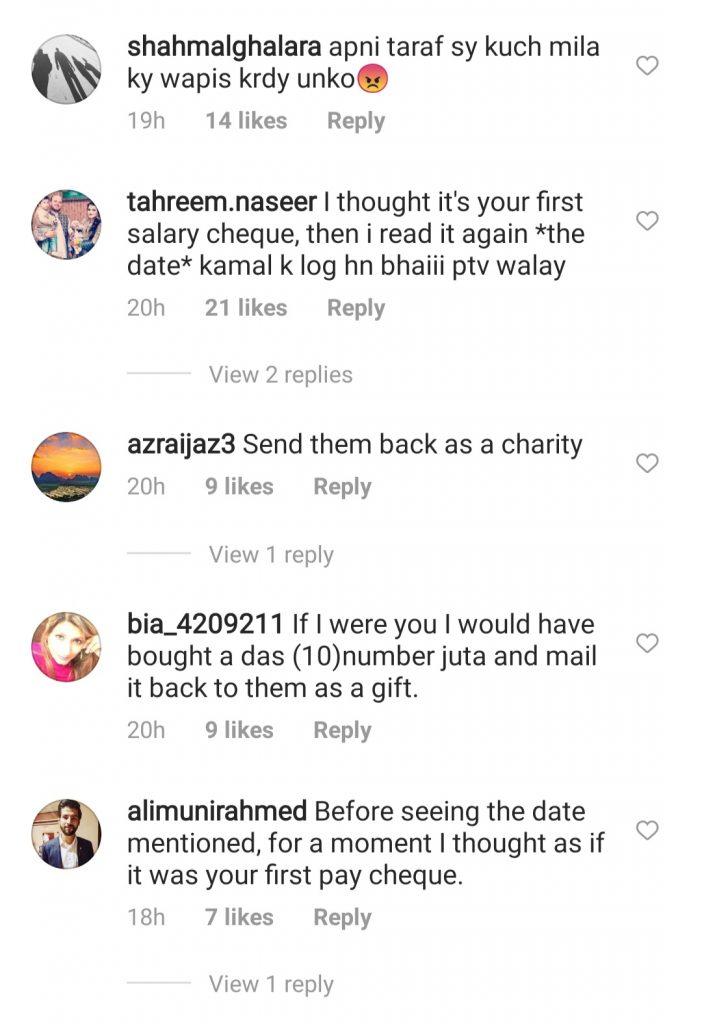 Have you guys read the article? Share your views with us!