SIMPLE! We watch your Films and you watch our Dramas

Before I start with anything I just want to simply thank “Zindagi” channel for telecasting our dramas in India. The amount of appreciation we are getting from Indian Nation and their celebrities is simply Nostalgic. Like I always mention that when we are providing entertainment to the nation change is mandatory because if we provide same thing over and over again people will eventually get bored and I guess this is the perfect time as our dramas made entry in India when their people are literally pissed off from Ekta Kapoor’s serials. 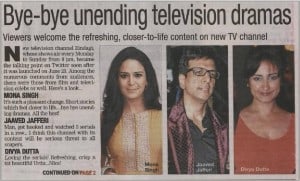 On a political level both countries relations mostly remain in a state of turbulence and the only thing that connects these two nation is entertainment. No matter how much we blame India on any political issues or current affairs we love to watch their films moreover we promote their films as well. In order to spread love and harmony across the borders the gateways must be open from both side, previously Indian Government didn’t allow our dramas to be telecast on their homeland but finally they realize that our dramas are simply worth watching. 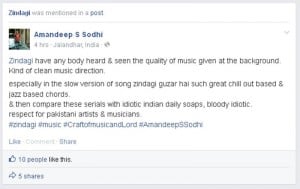 The simple logic is you can’t stop people watching quality stuff. I still remember in 2012 I was attending lecture in my class when I heard two Indian girls sitting at my back were suggesting Pakistani dramas to each other, I didn’t turn around to give them any Jaw dropping expression but I just smiled because I knew they also love our shows and watch our dramas on different online portals. Firstly UK based Indian channels started to telecast our dramas and now finally our dramas are now hitting Indian soil. Moreover they are also promoting our projects through advertisements on billboards placed on roadside, Airports, Train stations, bus stations etc. 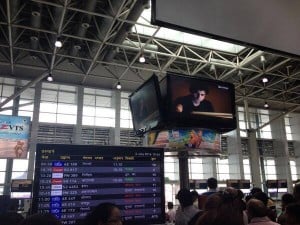 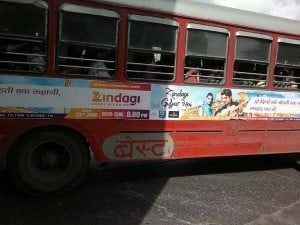 Currently Zindagi Channel is telecasting four Pakistani Dramas, the admin on Zindagi Channel’s Facebook page told that we will slowly telecast more and more dramas. However one thing that actually surprised me is that they are planning to telecast “Dastaan” drama and this is absolutely shocking I mean will they be able to swallow this drama? As it is made on India and Pakistan partition and how Muslims have suffered atrocities during the partition. 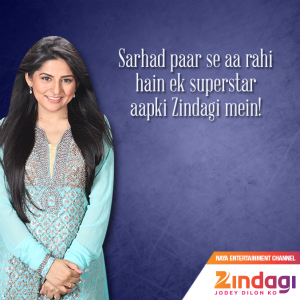 The Impact on culture

Dramas plays a vital role in transferring one’s country culture to another country,  the reason is that dramas are based on home politics and family issues, additionally dramas run throughout months and weeks and there is a saying that poison effects the body slowly :-D If you go back to late 90’s and early 2000 our nation was heavily obsessed with Indian dramas specially women which was of course damaging our culture and traditions. So it is for sure that our dramas can also create a huge impact on their culture and traditions provided they also become addictive to Pakistani dramas. 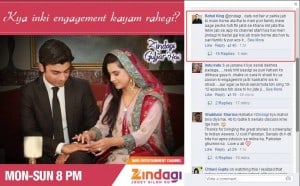 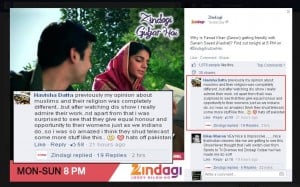 How our artists will be effected by this?

Well obviously it will give lots of motivation to our artists as their work will be appreciated across the border, it may also result in increased fan following on social media. Actors like Fawad Khan and Imran Abbas who are already in India might get more Bollywood Projects. Others actors may also receive offers from Bollywood in future. One thing that may be disadvantageous in future to both sides is that for example if Bollywood will start booking our actors it means that our famous actors will be less available for own projects like Fawad Khan he had refused three Pakistani projects for Indian projects and Indian actors will also find it difficult to get their own projects as competition will increase. In ARY Awards Ali Zafar was half right that there is nothing wrong to work collaboratively but I guess this is the time that we should work more to nurture our own Industry and not other’s Industry. So our artists should be more focused to make our own Industry more profitable and much stronger.

Thus in the end I just want to say one thing that entertainment cannot be confined in borders it must go beyond borders so that people can acknowledge each other’s work. Today I believe entertainment is only such thing which can erode hatred from hearts. I also read somewhere that Shaan will appear in Comedy Knights with Kapil to promote his film Operation 021 which is another unbelievable news that Shaan is going to India probably for the first time correct me if I am wrong. Any ways I hope that in future more Pakistani dramas will be telecast on different Indian channels like our entertainment channels are also telecasting Indian dramas. So to conclude the logic is simple we watch your films and you watch our dramas! and hopefully this sharing of entertainment will likely to be continue in future.

Please have your say on this topic.