The Pakistani drama industry has evolved in many ways over the years. Lately, a trend which was a thing of the past has made a comeback. ISPR is more actively involved than ever in the drama and filmmaking process. Those of us, who grew up watching dramas such as Dhuwan and Alpha Bravo Charlie, expected the best from dramas produced by ISPR. Lately apart from different short films, ISPR has also produced two major dramas which were a joint production. Both of these dramas had a star-studded cast and an ace team. These dramas have certain similarities while there are also some factors that set them apart from each other. Individual preferences determine which one worked better for the audience but there are certain aspects of these dramas which can easily be discussed neutrally. The reason why we feel there is a need for a comparison between the two is the similarities as well as the expectations of the viewers. Another reason, obviously, is that they are both ISPR productions.

It can be safely stated that the viewers were equally excited to watch both these dramas because of the cast and the fact that this was ISPR’s production. There were great expectations from Ehd-e-Wafa because ISPR was producing a drama serial after such a long time. Since Ehd-e-Wafa set the bar high, the viewers expected Sinf-e-Aahan to be equally superb. Another reason why the viewers were especially excited about Sinf-e-Aahan was the entire team. Umera Ahmed, Nadeem Baig, and some of the most loved actresses in the Pakistani drama industry came together for the project. Apart from that, this was going to be the first drama serial with an all-female lead being shown in uniform. Sinf-e-Aahan was promoted more than Ehd-e-Wafa but both the projects got equal attention from the public. 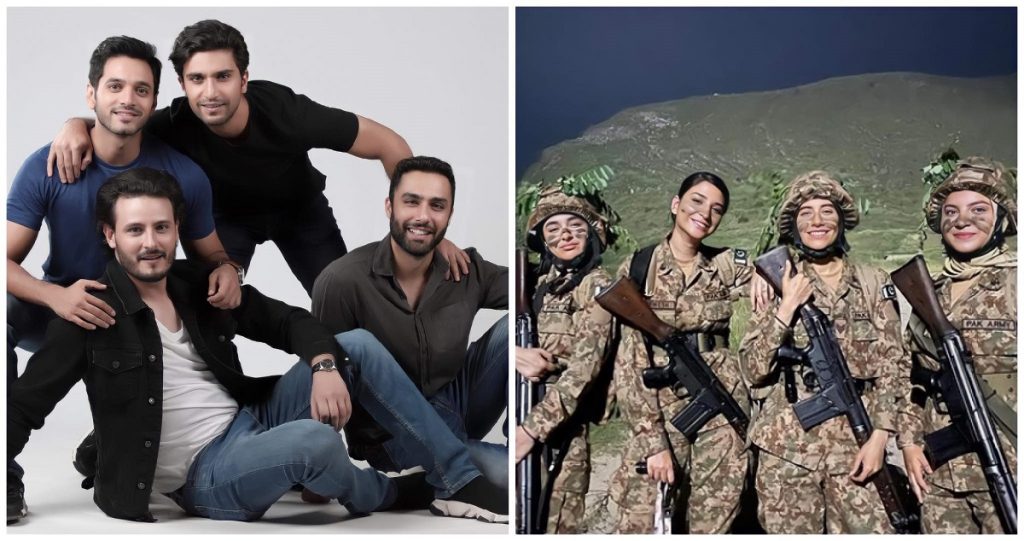 The first few episodes of a drama play a major role in helping viewers decide whether they will continue watching the drama or not. Ehd-e-Wafa’s first few episodes did not get a lot of praise because of one particular scene which was copied from the British show Peaky Blinders. Many viewers also had their reservations about the male leads, some of whom did not look young enough to play the roles. The humorous element of the drama in the initial episode stood out and its cinematography. Some of the viewers decided not to tune into the show after the initial episodes and tuned in after it took off. 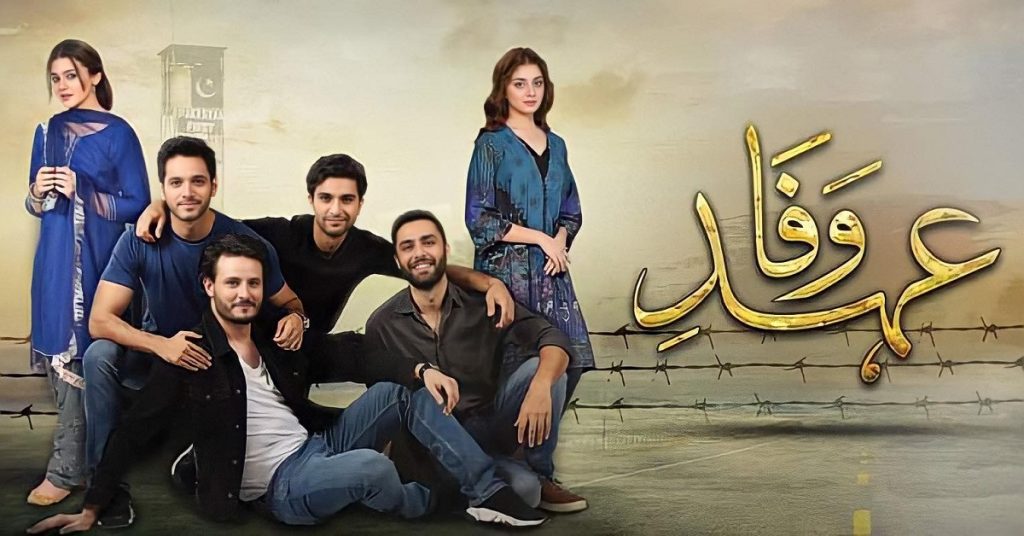 Sinf-e-Aahan’s initial episodes also got mixed responses from the viewers. Some of the viewers had an issue with the stereotypical characters based on where they were from and others enjoyed the variations in different tracks. Overall, the casting however was not criticized as much as Ehd-e-Wafa’s casting was initially. Just like Ehd-e-Wafa’s controversial scene, some of the dialogues from Sinf-e-Aahan did not sit well with the viewers. Therefore the first impressions of these dramas were more or less the same. However, most viewers wanted to tune into Sinf-e-Aahan every week initially until it started getting repetitive. 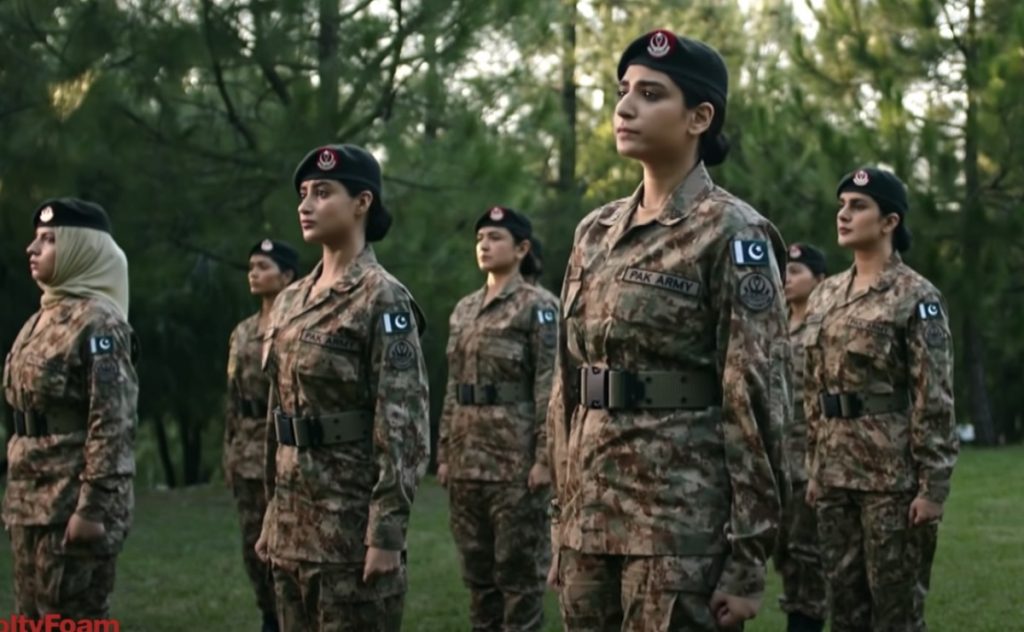 There is no denying the fact that content is the king! Although Sinf-e-Aahan is still on air and Ehd-e-Wafa ended a long time back, there is still enough material to compare the content of both the shows. Content-wise these two dramas are quite different from each other. There are also certain similarities. First of all, let’s talk about the similarities between the two. As far as content is concerned the most prominent similarity between these two shows is that they focus on the journey of multiple protagonists. Even though in Ehd-e-Wafa, the main leads were males, the women in these men’s lives played a vital role in shaping their personalities in some way. These women were mothers, significant others, and even colleagues. Similarly, in Sinf-e-Aahan even though the main protagonists are women, there are certain male characters positive and negative who have impacted the journey of these females. Major Usama is one of the main mentors in the drama and his track has a story of its own. Another similarity between the characters is that all these characters come from different backgrounds. Therefore, Ehd-e-Wafa and Sinf-e-Aahan both are stories of people coming from different segments of society. Another common element between these two dramas is their main theme, both these dramas are based on patriotism.

The differences between these two dramas are probably more conspicuous and debate-worthy than the similarities. The boys in Ehd-e-Wafa started their journeys at an institution run by the military but all of them ended up pursuing different kinds of careers. Even though Ehd-e-Wafa was produced by ISPR, the messages they wanted to put forward were communicated in a subtle way and were not repetitive. All the characters from Ehd-e-Wafa in some way represented a certain department or profession in the country and this is how the writer showed how these departments influenced decision-making processes. Ehd-e-Wafa also focused a great deal on the personal lives of these characters and their entire existence did not revolve around their careers. The military training was covered only in a few episodes and while Saad’s personality was shaped by this training, it was not the only reason for his maturity as years passed by. 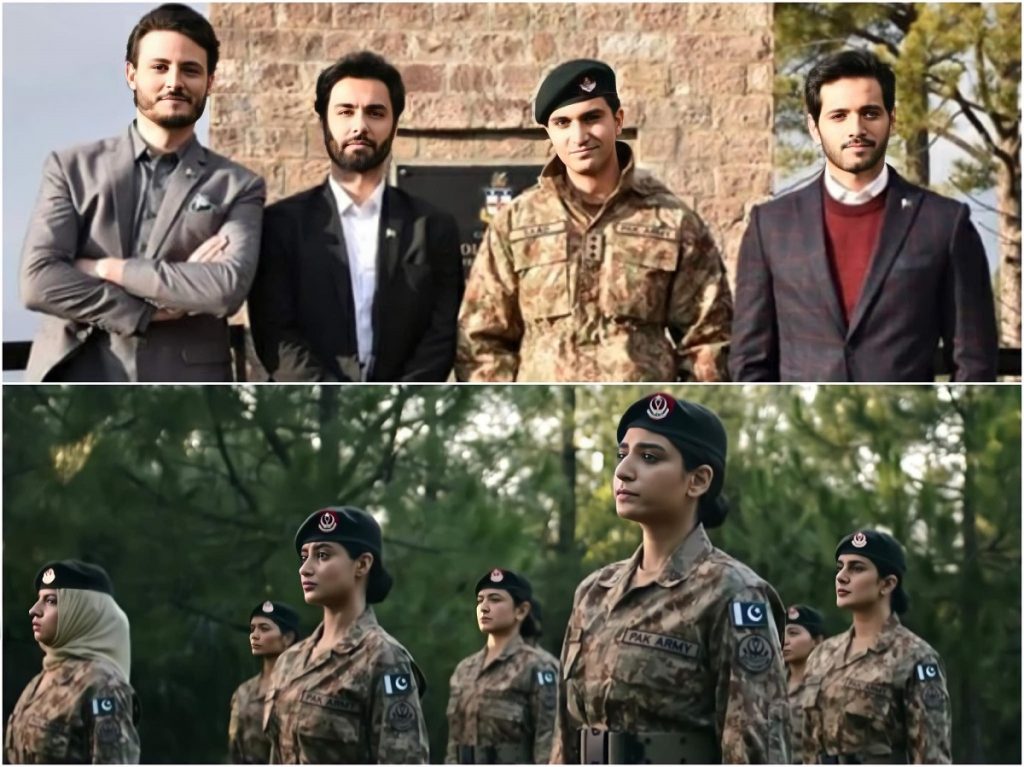 Sinf-e-Aahan also covers the journey of young individuals who mature with time but unlike Ehd-e-Wafa, the credit for all this maturity is repeatedly accounted to the training given by the military. Unlike, Ehd-e-Wafa, Sinf-e-Aahan covers the military training only and although the writer has intelligently woven personal stories in different tracks, overall, the focus has been entirely on the impact of the military training on all these women. Their family lives and personal relationships do get screen time but even that screen time is used to further the idea that their character building would have been incomplete had they not joined the army. Because of this particular reason, the dialogues tend to be repetitive at times. There are also instances when you question the excessive focus on the impact of military training because sometimes it relegates everything else in these women’s lives to the background. Sinf-e-Aahan does not offer the variation which Ehd-e-Wafa did by showing that different characters chose to enter careers that were equally important. Ehd-e-Wafa’s story became more interesting towards the middle and right till the end, Sinf-e-Aahan was much more interesting in the beginning than it has been in the latter half. There are times when the viewers feel that the writer is trying too hard to get the message across. There is barely any subtlety while putting the message across. Sinf-e-Aahan has so far not given as many memorable and impactful moments to the viewers to remember as Ehd-e-Wafa did.

Like any other drama, both these dramas had their strengths and weaknesses but the most positive aspect of these dramas was that they provided meaningful entertainment. There is always room for improvement and we hope that the next ISPR production is even more appealing than these two. It is always refreshing watching well-written dramas with strong young characters whose sole purpose in life is not getting married! Which one of these dramas appealed to you more? Do you want to watch more dramas such as these? Share your views.