The legendary singer Alamgir isn’t only considered a singer who has a class of his own but he is also very well known for his down-to-earth charming personality. The singer left singing when he moved abroad but after many years he returned to Pakistan and started singing again. In an interview the singer said that he felt bad that he left so many people who loved him like that, he said that he should not have done that but he never left singing altogether because he could not live without it. 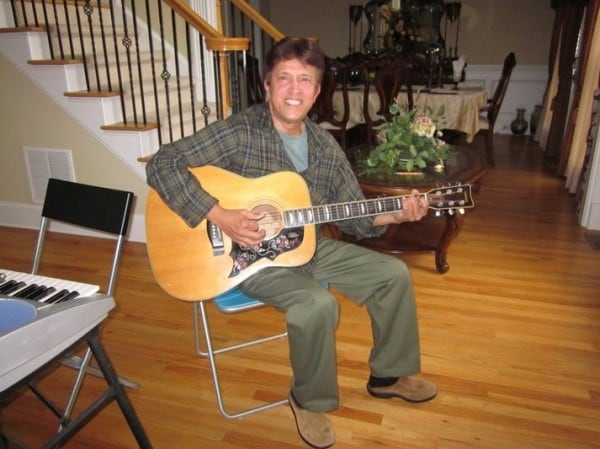 Alamgir has been getting dialysis done for a very long time now because he has polycystic kidneys. SUIT also helped him in getting quality treatment when he was here in Pakistan. Right now he is residing in Atlanta, United Stated where he has to undergo a major operation. Alamgir shared the whole procedure with his friends and family and also asked everyone to pray for his speedy recovery. 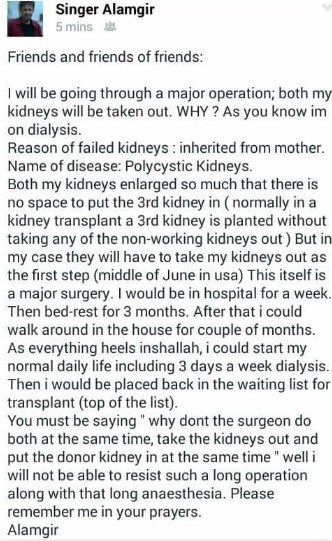