Star dads and their most beautiful fatherhood moments

This Father’s Day, we look at some modern star dads of our industry and their most genuine fatherhood moments that could not escape the camera.

Shahid Afridi has always been very proud of his four gorgeous girls and has been caught many times cuddling and cherishing them.

Fawad Khan has always been a one woman man. This alone shows how much he values his little boy, Ayaan Khan and his princess Elayna Khan. Here are a few pictures of the most handsome man around being a doting daddy.

Danish Taimoor has always been verbal about how protective and sensitive he is about his little Hoorain and makes sure she never misses out on attention, despite having two working parents. 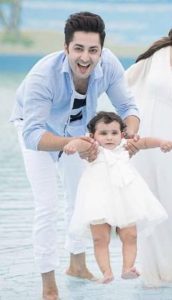 Fahad Mustafa has also been showing off his kids with the pride of a loving dad.

Shehroz Sabzwari with his lively little boy grin would get cheers from all fathers on this photo, by balancing babysitting and gaming while Syra is away. 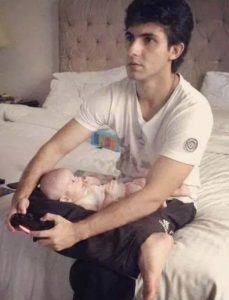 Iqrar ul Hassan has always been an out of the box thinker and he is raising his son Pehlaaj to do the same. He says I want to be his friend first and then his guide, not just an authoritative figure to be feared. 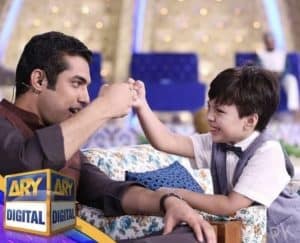 Now, this picture of Mohib Mirza playing with Meissa is bound to give you fatherhood goals.

Waseem Akram has been both a mother and father to his kids after he lost his wife . And now that he has got his only daughter,he has all the license to spoil his princess. 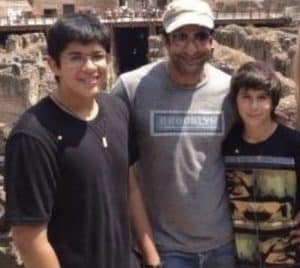 Fahad Mirza has always been a hands on father and he says spending time with his little one brings him the most pleasure in his otherwise hectic day. 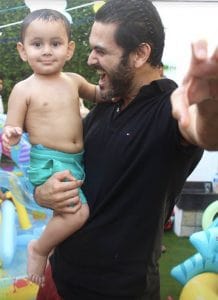 Yasir Nawaz has tried his hand at all forms of art and entertainment and been successful in them through his hard work. Fatherhood, however, comes naturally to him. Here is him with Fareed, Sila and Balaaj.

The youngest dad around, Azaan Sami Khan is also very involved with his little ones.

Here is one of Faisal Qureshi with his youngest princess.

And lastly, Mikaal Zulfiqar, who despite being divorced tries to be a constant loving presence in his daughters’ Rania and Elaina’s lives, surprising them by showing up around them frequently.

Hope you enjoyed seeing your favourite on screen men as daddies and babas to their little ones. And a very very happy Father’s Day to all you daddies as well.. stay blessed and keep up the hard work.