There were huge expectations from this sequel of Suno Chanda especially from the leading pair and some of the characters which completely stole the show in the prequel. The writer kept the essence of the original characters alive in this prequel (perhaps a little too much especially in the first few weeks) while adding some new characters in an attempt to offer variety and newness. Some of the original characters as a result haven’t been getting the screen time they were getting before. Naeema is one such character whose screen time has been cut down in this prequel. Shahana has been getting plenty of screen time for all the right reasons since she was the best thing about the prequel. Out of all the new characters Pari is the most entertaining one. Arjumand Rahim and Nadia Afgan never fail to impress. They make the most of their dialogues and situations and never go overboard. Mithu is cute and likable. Raza Talish’s debut is impressive since he plays his role convincingly throughout.

Suno Chanda is a visual treat because the overall setting, makeovers and camerawork is always on point. It gives you plenty to laugh about due to the witty dialogues more than the situations. There are however continuity issues and Farhan Saeed’s Johnny Bravo hairstyle makes him look older at times. The tharkpan of most of the characters (male & female) is off-putting even when you watch this play with the mindset that it is nothing more than mindless entertainment. With the recent episode, the story finally shifted to another direction which is definitely great because watching Jiya cry all the time was getting annoying. Iqra Aziz and Farhan Saeed own their roles and some of the ‘overacting’ goes well with the theme of this play and the characters they are playing. 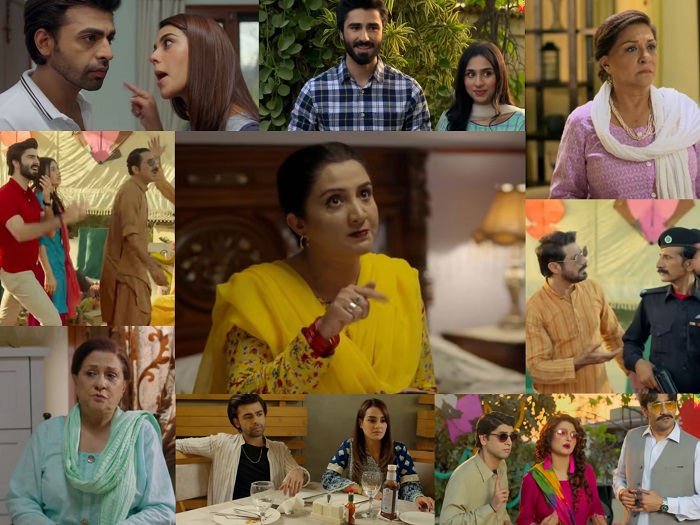 After watching these 10 episodes, I can say it with all certainty that Shahana is the only character which always entertains no matter what. Even if her Katta Kholna dialogues are repeated by her multiple times in an episode, they are still enjoyable. Bi Jaan’s sane decisions and grounded personality is sometimes a nice break from all the chaos which is usually the trademark of the house she runs. The rest of the drama sometimes entertains and at other times disappoints especially when there is repetition or too much going on at once.

The first season focused on Jiya and Arsal’s opposite personalities and their attempts to convince the parents to stop their wedding from taking place. At the end of the first season, they ended up getting married after they realized they were meant to be together. This season opened with Jiya getting annoyed with Arsal’s snoring and after that in every single episode they were constantly fighting just like the last season. Basically marriage changed nothing and these two still find it difficult to agree on every little thing. There are times when their fights are entertaining and there are also times when you have a really difficult time relating to their love-hate relationship because the love is hidden somewhere deep under heaps and heaps of issues which show lack of maturity more than anything else. The first 9 episodes covered Jiya wanting to go and study abroad, which was great, but Arsal wouldn’t let her do so. It is good to see them reach a settlement because the constant bickering was not fun to watch and it is good to see them as partners now. 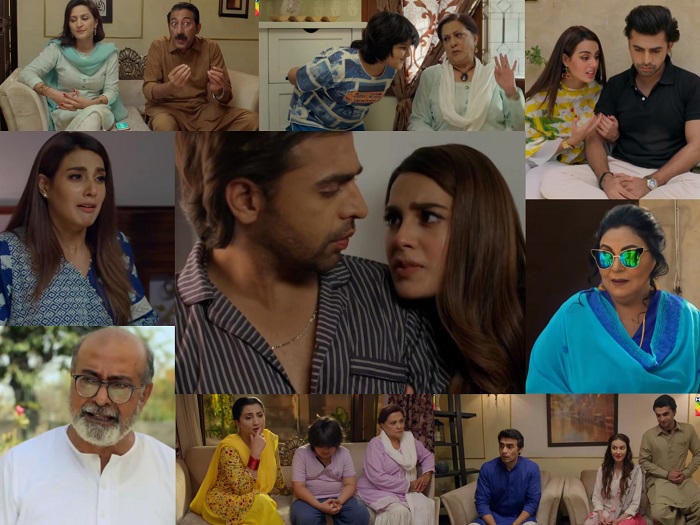 Shahana’s support for Jiya throughout has been the most refreshing change in this new season. Even though Arsal and Jiya are married but they continue to act like children. Iqra Aziz has given this character the right treatment but Jiya’s crying gets to you after a while especially when she starts using it to her advantage…hopefully that will stop now. The characters and scenarios have been written in such a way that sometimes you feel for Arsal and other times you feel for Jiya. Farhan Saeed’s Punjabi side is definitely more entertaining since his accent and dialogue delivery is highly amusing. DJ’s character is pretty much the same. Sami Khan is more confident than ever and is an absolute delight to watch on screen.

Nagina’s character appears to be inspired from Saima Chaudhry’s character but unlike Saima, Nagina is just plain annoying and not funny. Her scenes can easily be skipped since they test your patience and are boring. Fareeha Jabeen’s portrayal leaves a lot to be desired. Maina’s character has just been introduced and so far her dialogues and the way Sabeena farooq has translated it on screen has been superb. Definitely looking forward to this new track involving Mithu and Maina. Anumta Qureshi has a long way to go, hopefully her character will not be getting a lot of screen time. Ali Safina also makes you laugh every time. Arjumand Rahim and Nadia Afgan deserve all the praise for enacting their characters in the best way possible and making the viewers laugh every single time. Their award-worthy performances prove what a huge difference good comic timing and dialogue delivery can make. Nabeel Zuberi’s performance this time around is quite average and Mashal Khan’s dialogue delivery is unimpressive even in this season. Samina Ahmed looks beautiful and carries herself so well, her performance is always faultless. 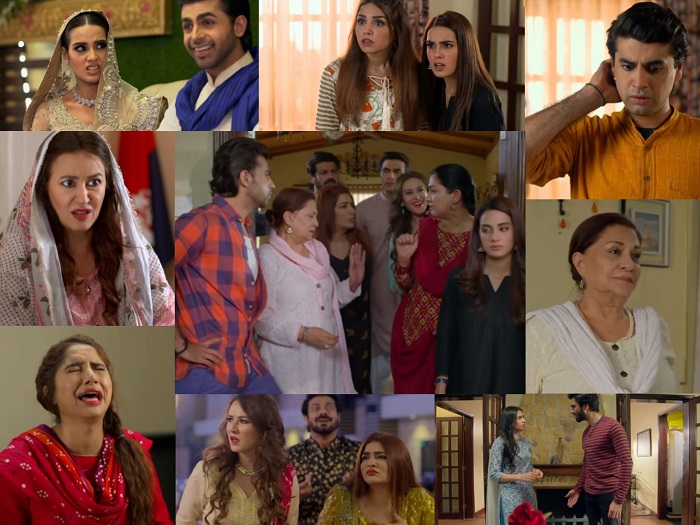 There were quite a few episodes in which this show seemed rather over-crowded but overall Suno Chanda 2 so far has provided the kind of entertainment it promised. It stayed true to its theme and the script has been engaging generally. We could surely do without the undue flirtation and few more sane characters like Bi Jaan would have balanced out the craziness of most of the characters in the show. Few of the comic characters however make you laugh and are the reason why I tune into this show every week. It would be great watching some of these characters on the big screen but in a different scenario which does not involve marriages and affairs as the central story.

Do share your thoughts about Suno Chanda 2. Did this prequel live up to your expectations? Which characters and performances are your favorite?