Taher Shah Is Back With Another Song

Taher Shah is one of those people in Pakistan who got famous very quickly. The reason for this fame was rather unique, he made a song Eye To Eye which was in English. His pronunciation of the words and even his voice was not impressive in any way but still he became very popular. People found his video and song amusing if not up to the mark. People made memes about him. Even though people criticized his song but it got a lot of attention. Maybe it was the confidence of this man that attracted the public.

Taher Shah announced few days back that he was going to come up with something new and unique very soon. 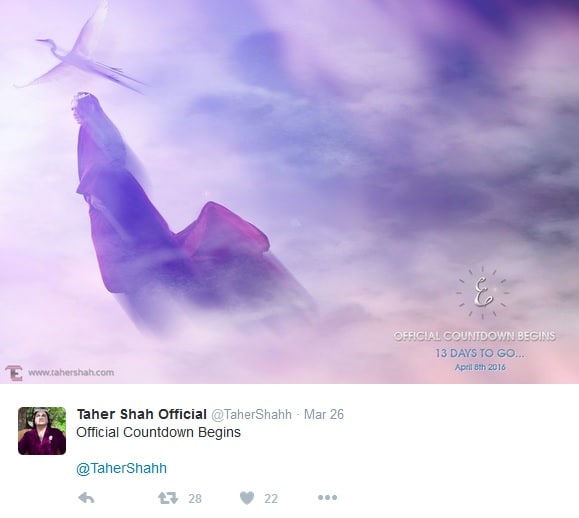 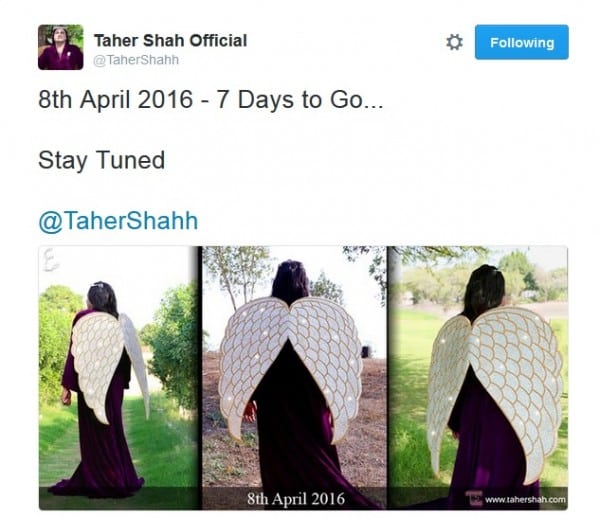 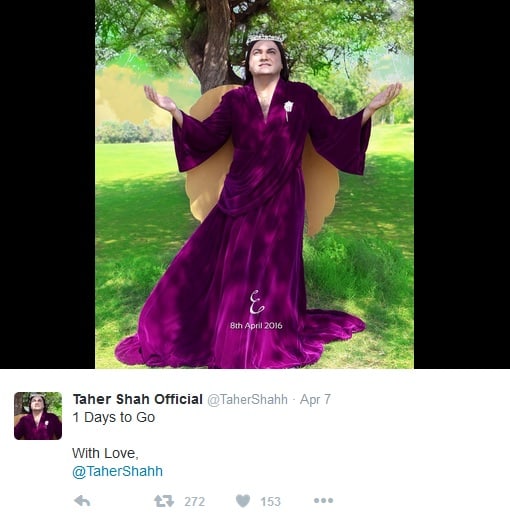 This new and unique thing is another song titled “Angel” in which Taher Shah is seen dressed up as an angel in the first half of the song and in the second half he is seen with a little kid who he calls his angel.

Once again people are enjoying watching this new song by Taher Shah and it is getting the same attention as Eye To Eye. 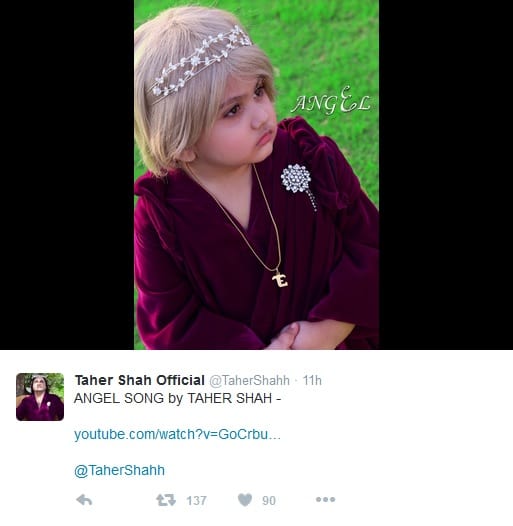