Saeeda Imtiaz & Saim Ali were the two strongest Tamasha Ghar contestants who were active in house and they were also sharp in their tasks, they both had save themselves on many occasions by winning in tough tasks but this week was toughest regarding the tasks and they couldn’t secure win in any of their tasks. Saim was almost a winner in a task but could not win. Saeeda was also a smart player and an active participant but unfortunately, this week, both were eliminated. No one is believing that they are eliminated. Fans want Saeeda Imtiaz and Saim Ali back. 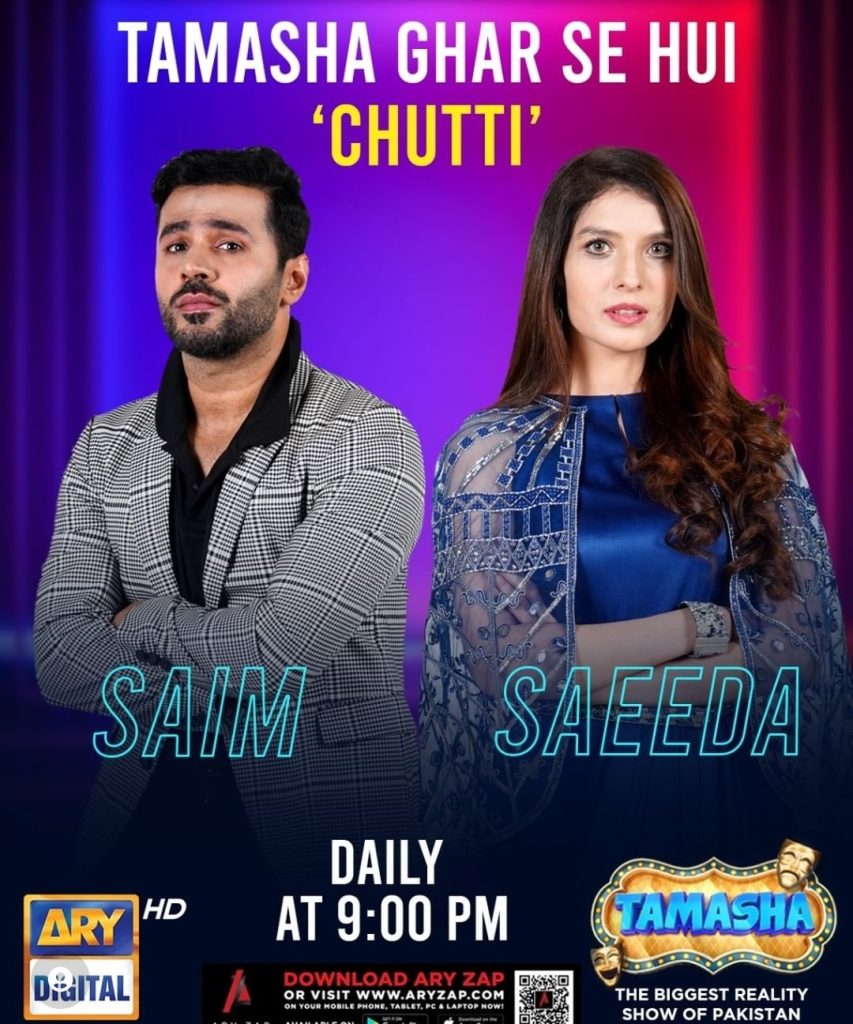 Well, according to fans, Rauf Lala and Humaira, both are not much applauded contestants. Fans also said that Humaira and Lala both are also not so good in their tasks and they use to mess up with the contestants, unnecessarily. Fans said that instead of eliminating Rauf Lala, Saeeda and Saim were eliminated which is unfair, here is the video!

Fans are also saying that Ary is being biased towards a few contestants especially Lala, they are angry on Saeeda and Saim’s elimination, fans are saying that Rauf Lala is getting too much favours from Badshah (Adnan Siddiqui ). Fans were rooting for Rauf Lala to leave the house but he didn’t. Fans have tagged the Ary Team and protested against recent eliminations as well. Here are comments, have a look! 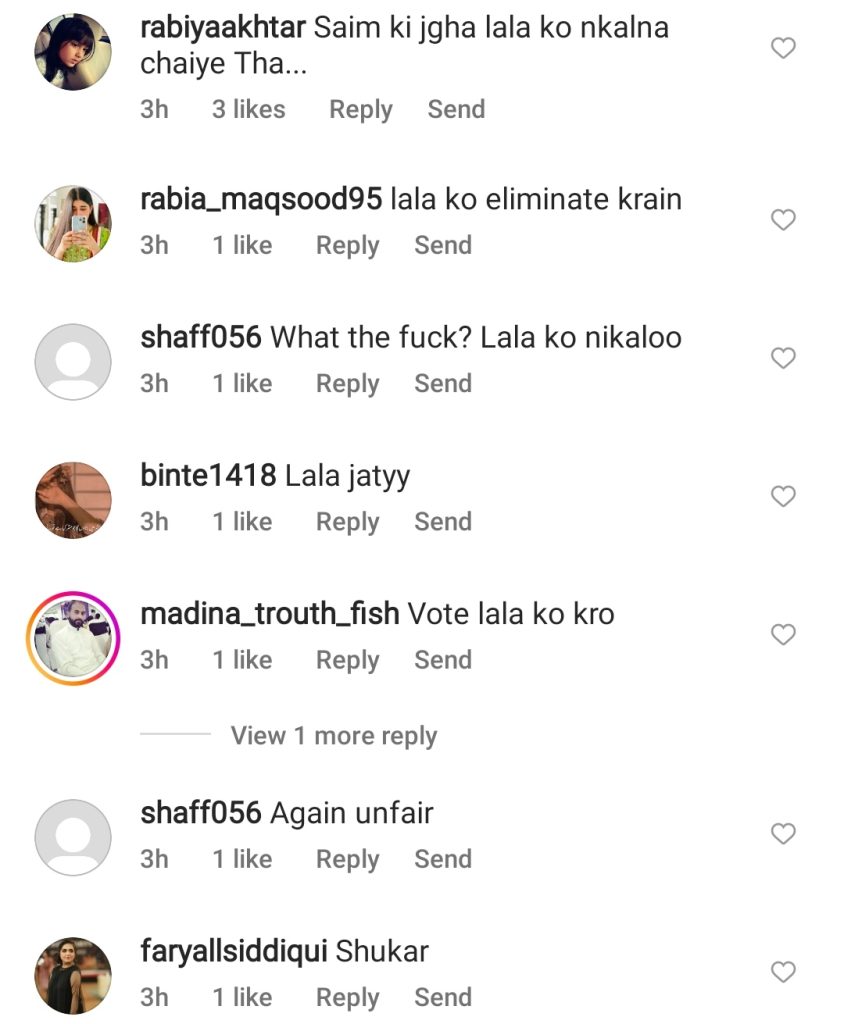 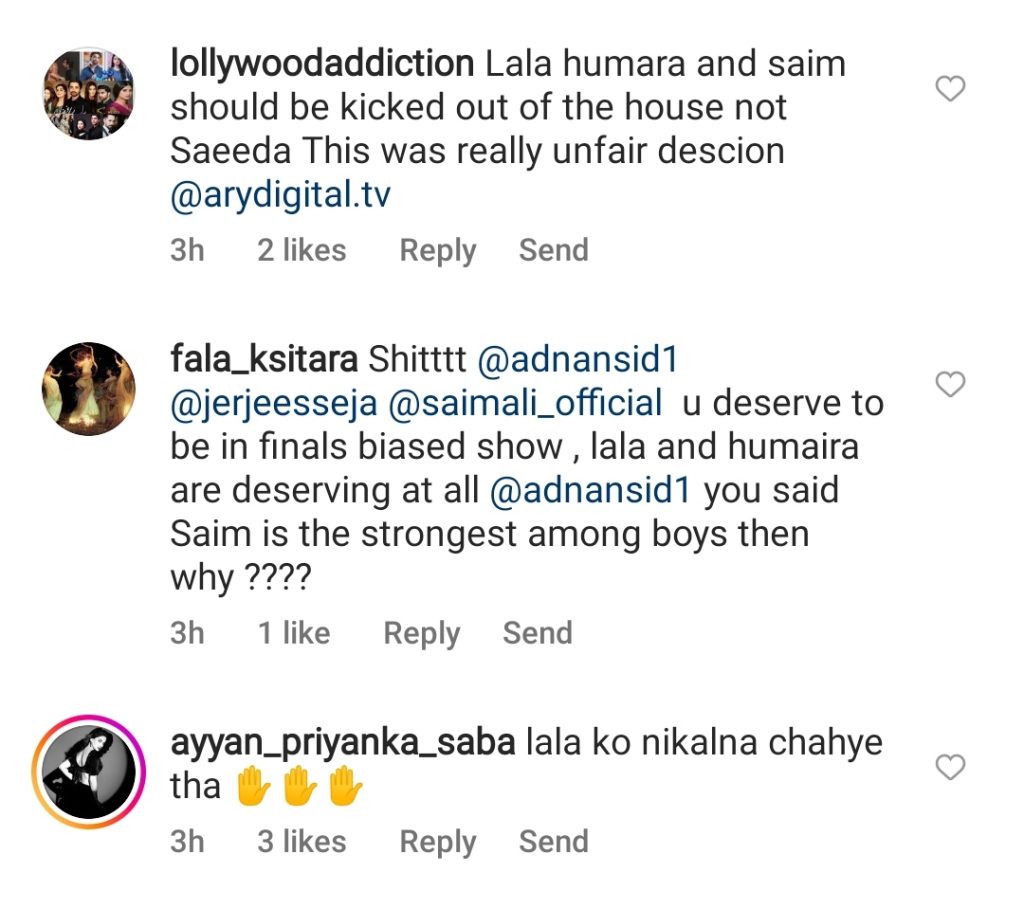 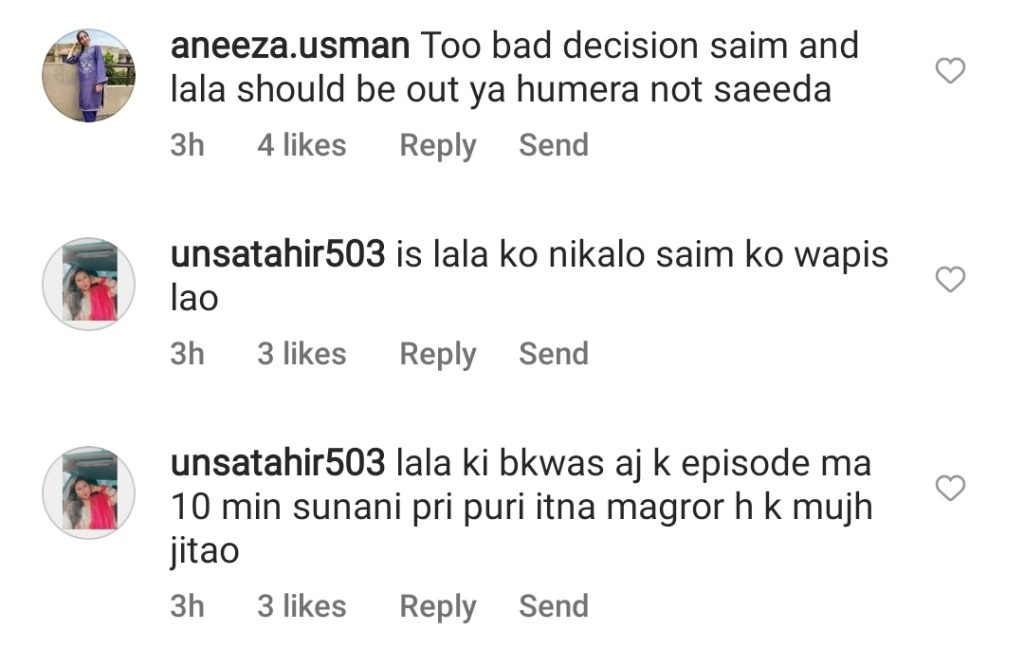 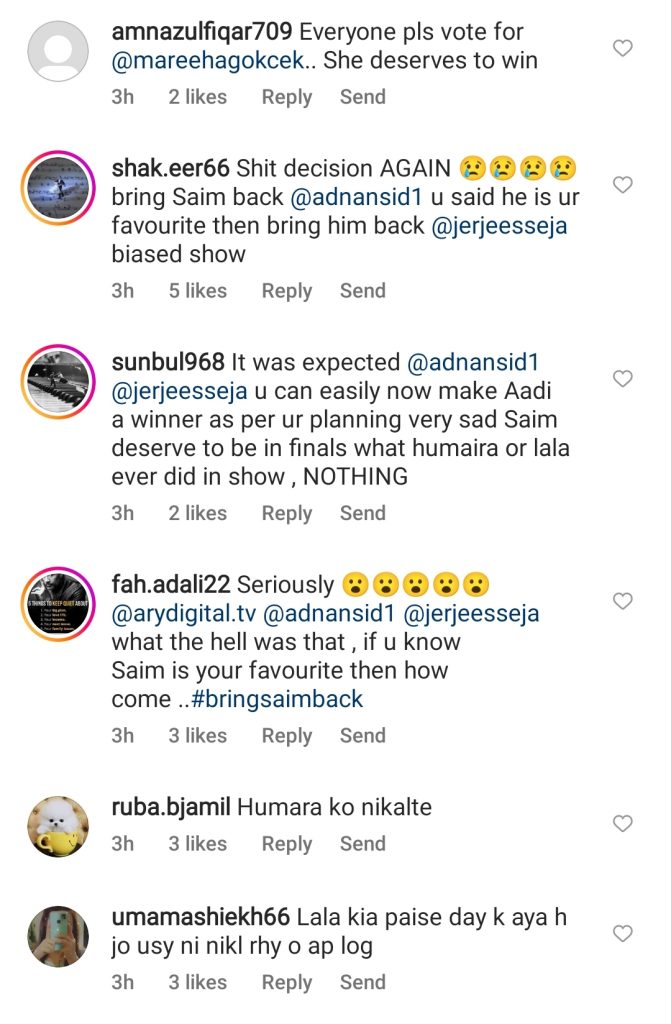 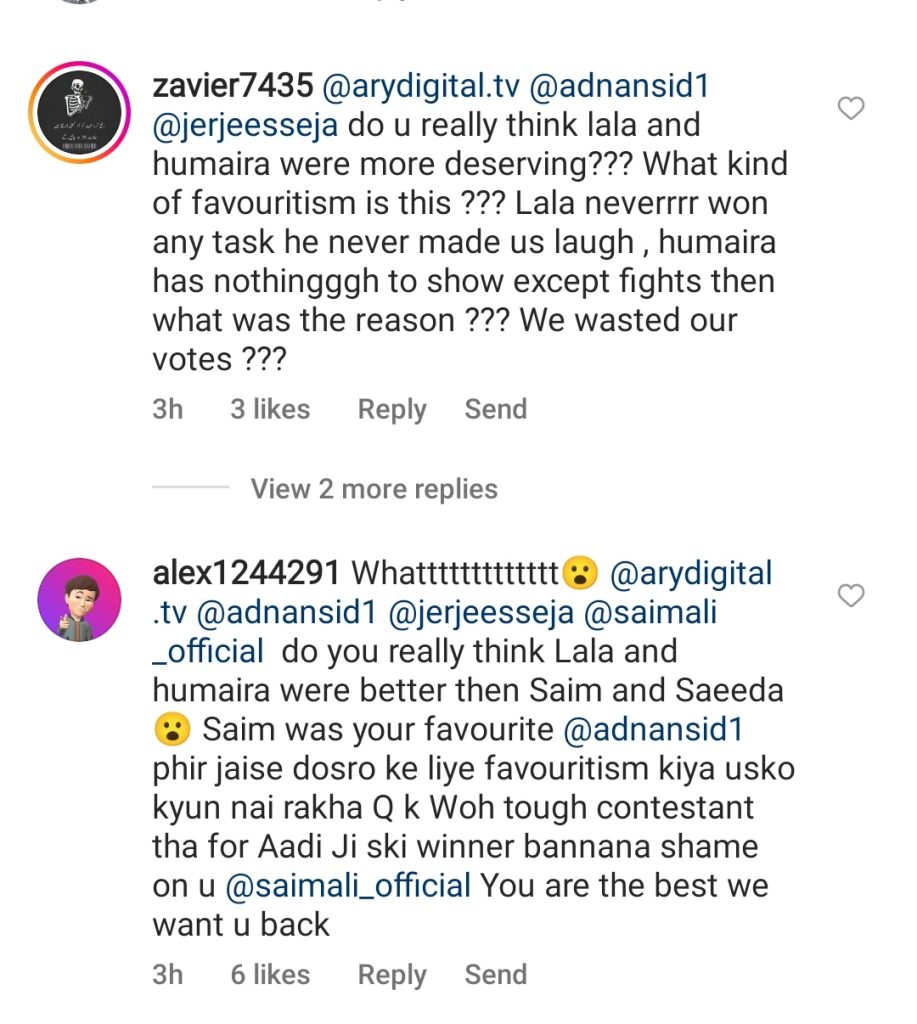 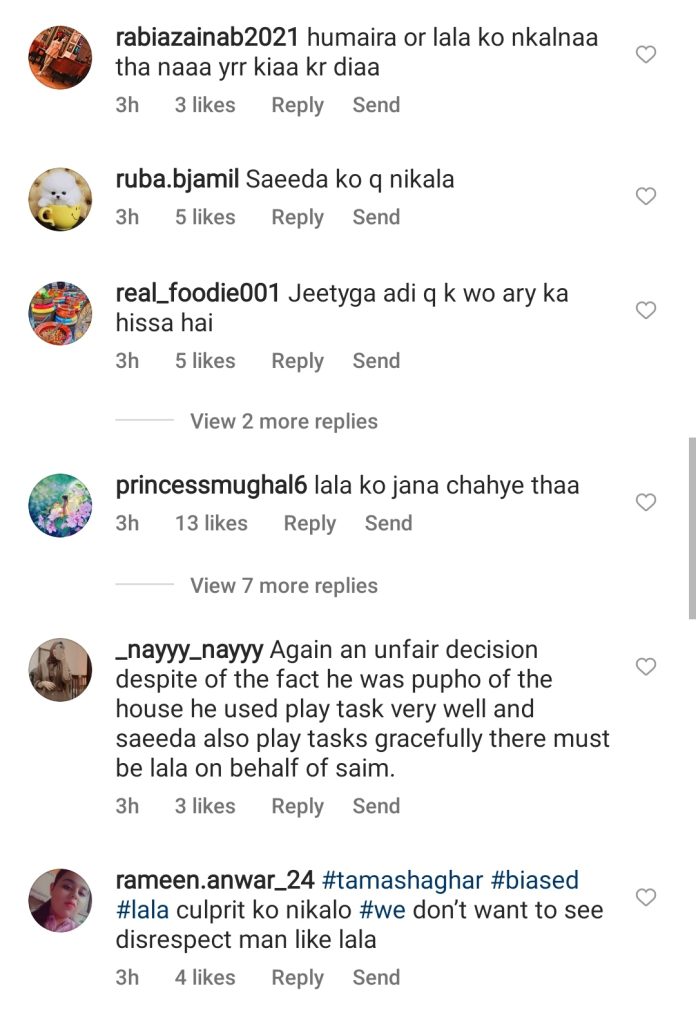 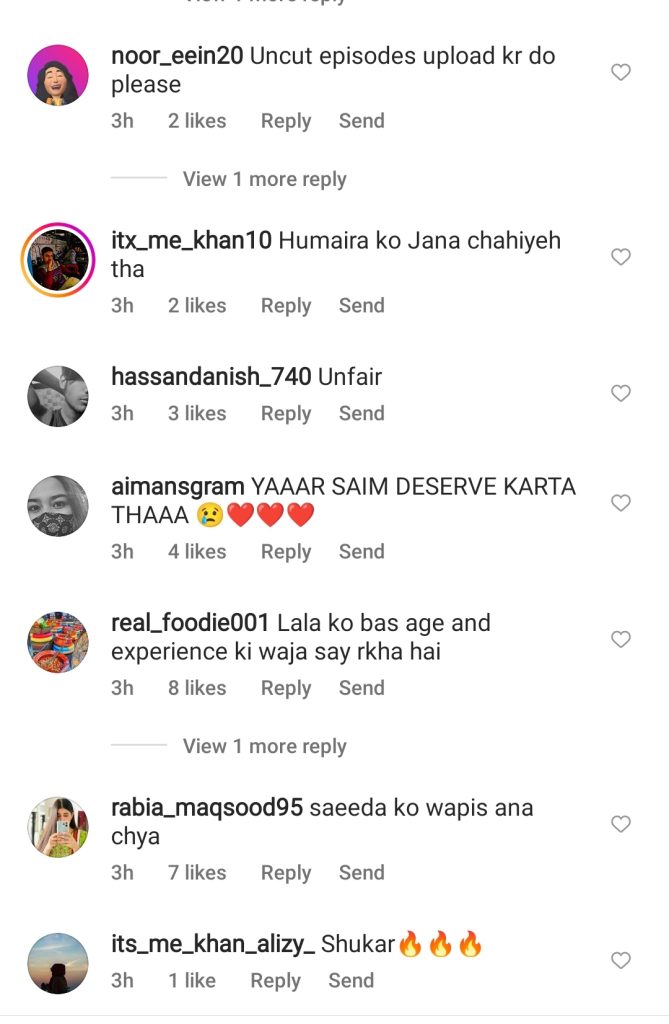 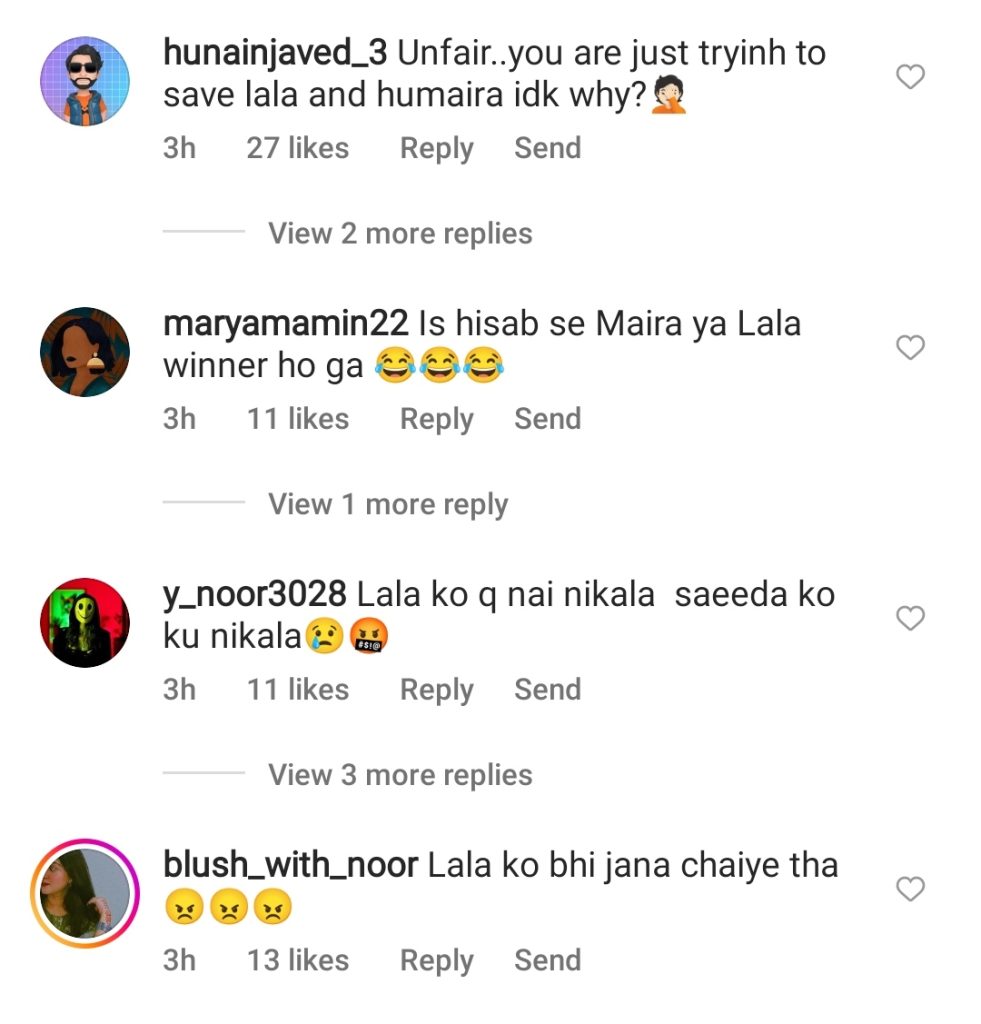 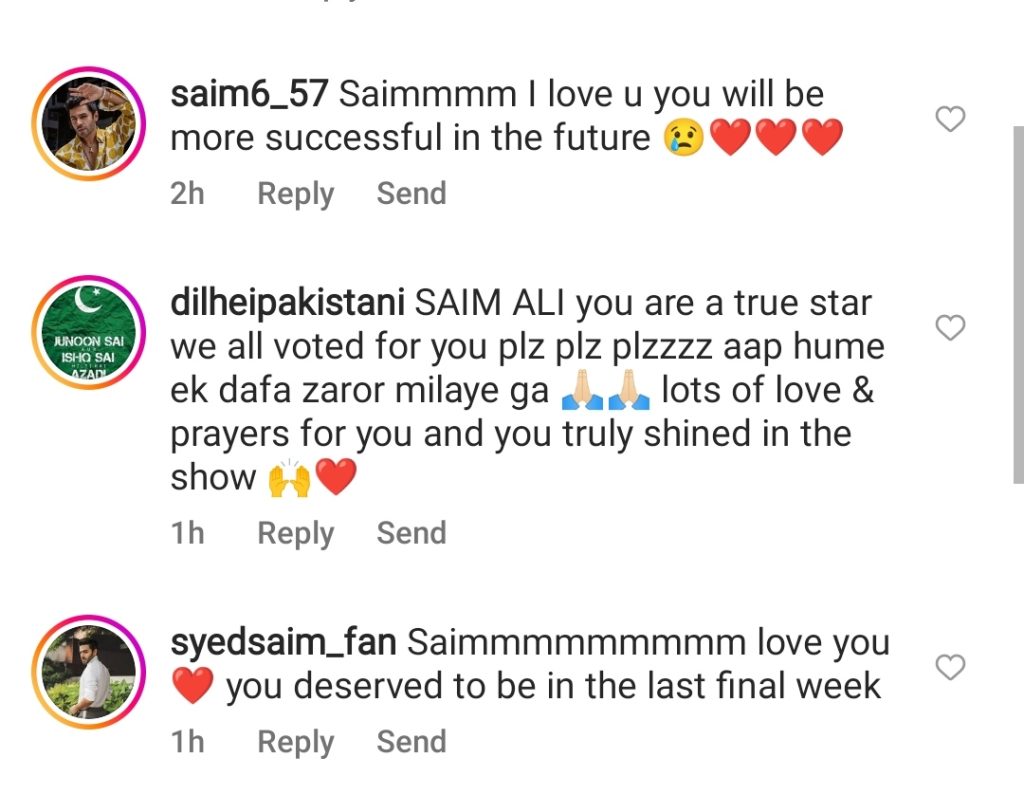 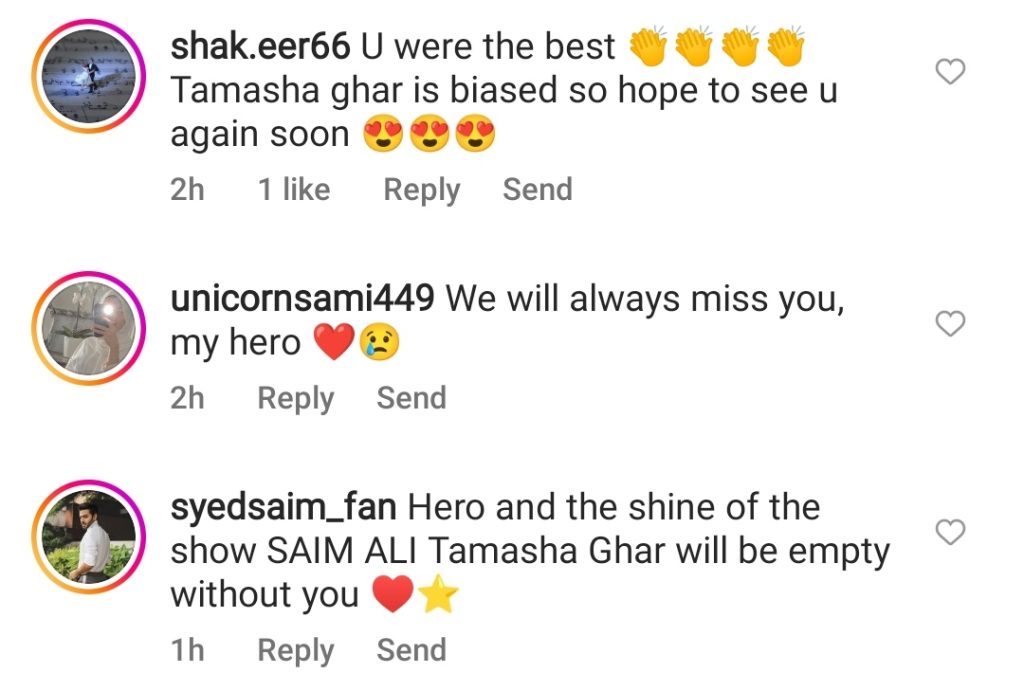 What do you think about the eliminations, as after these eliminations, Maira Khan, Rauf Lala, Aadi Adeal Amjad, Mareeha, Humaira Asghar and Umer Aalam are left, who are you rooting as the finalist? Do let us know! 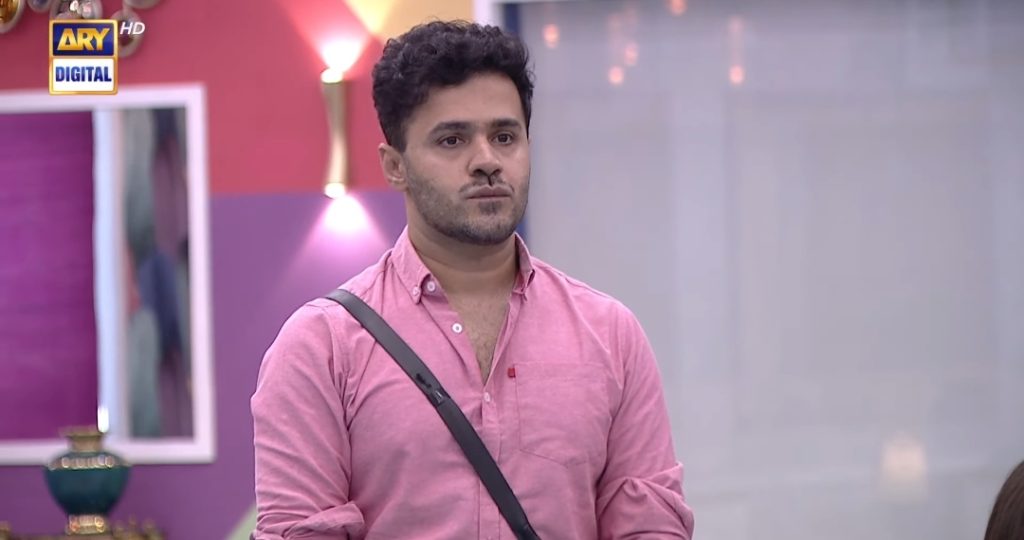 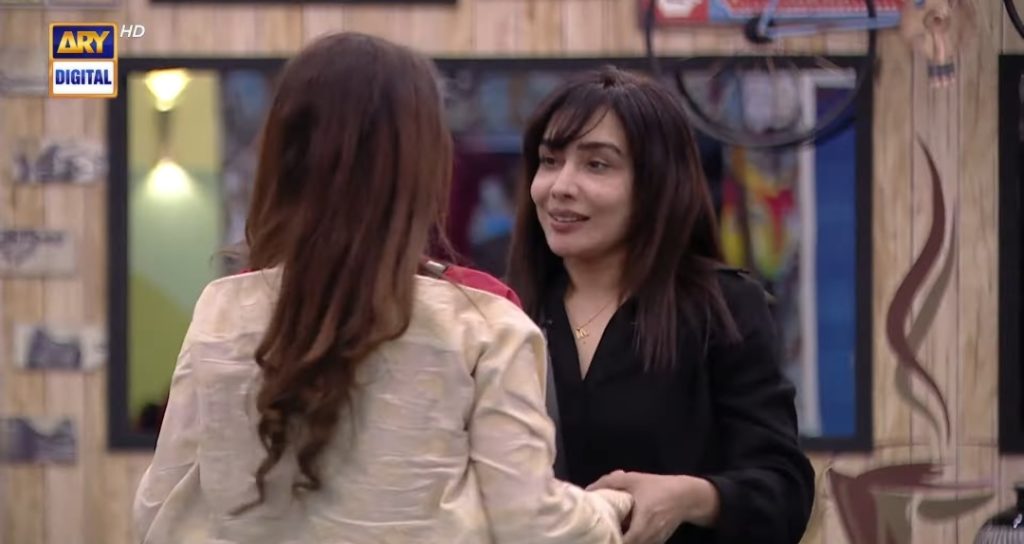 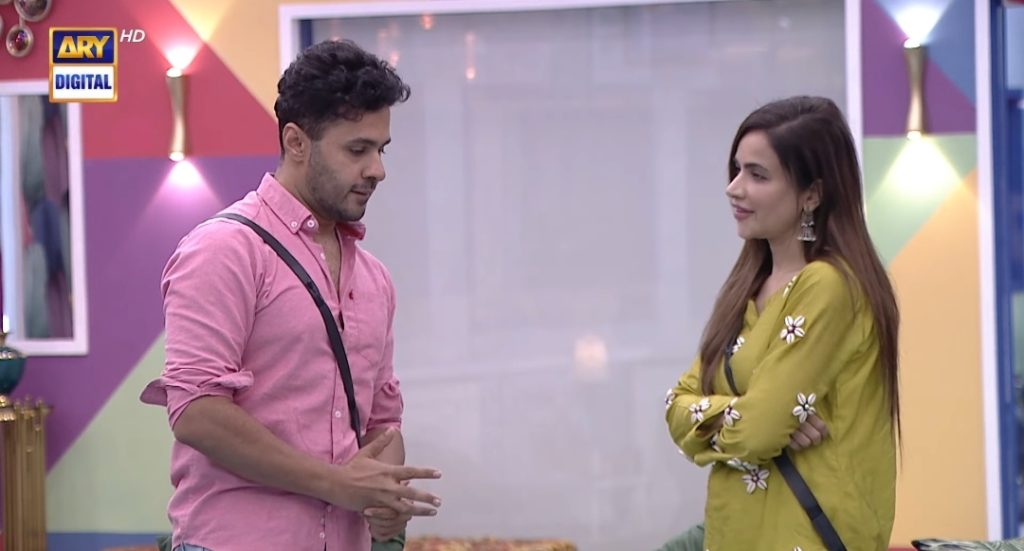 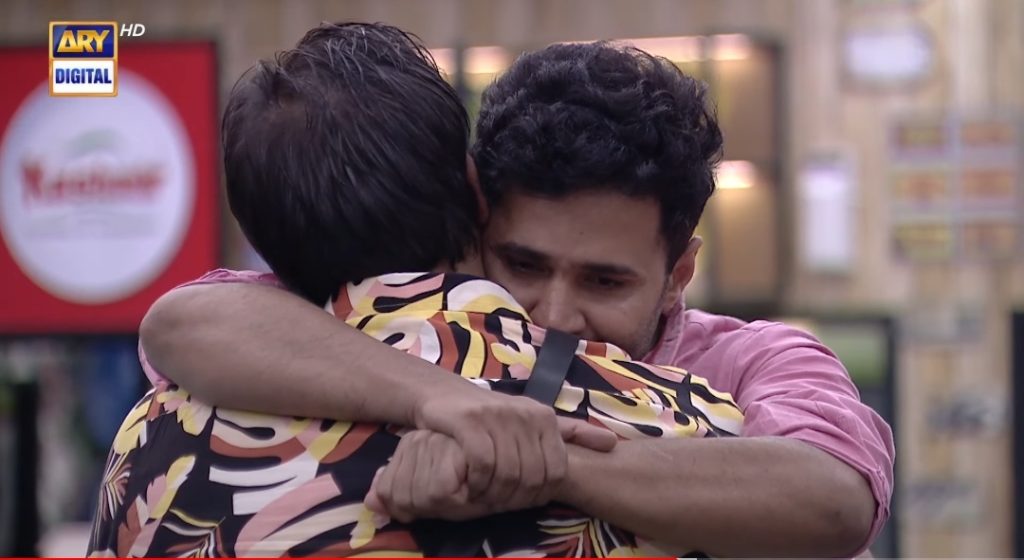