These two episodes of Habs proved that all my “reservations” regarding the drama were accurate, especially the one concerning the writer(s) of the drama. Since Habs’ script is a product of “teamwork”, it would be safe to say, at this point, that too many cooks spoil the broth. Ayesha’s character started going downhill the day she married Basit and all the decisions she took in these two episodes proved to be the final nail in the coffin. Ushna Shah made the character bearable but even with all her intellect, Ayesha took some of the most stupid decisions. After watching the latest episode, in particular, I was reminded of the drama serial Dillagi, the misunderstanding between Mohid and Anmol, and how it made everyone root for them more than ever before. The writer(s) definitely took some serious inspiration from there but they failed to execute the entire climax in a similar fashion. I have always felt that Basit and Ayesha’s track has been the weakest link. The sidetracks held my interest more right from the beginning but with this episode even Bano disappointed. These had to be the worst two episodes of Habs content and execution-wise. It is unfortunate that the producers ruin a perfectly put-together storyline by asking writers to stretch the stories and requesting them to “copy” ideas from other dramas!

It is difficult to gauge what was more absurd about the latest developments, Ayesha and Fahad’s “friendship” or the fact that Ayesha and Fahad could not “guess” how this would impact Basit who already has serious trust issues. Basit has a lot of issues, the character is toxic in its own way but his toxicity makes sense. The writer(s) made sure that the viewers understand why Basit has all these issues but at the same time, they showed how he was willing to move forward. Also, the fact that there was a time when Basit trusted Fahad enough to have dinner with Ayesha and then drop her back in the middle of the night but now all of a sudden had lost all that trust was just nonsensical. Especially because now Basit was actively working on getting closure and was healing. All of this would have made some sense had it happened earlier on. Such misunderstandings are always in bad taste. They started with dramas such as Meri Zaat Zara e Benishan, Hamsafar, and the list is never-ending. Most of the time they are forced, even in the drama serial Hamsafar the “misunderstanding” was stretched beyond the limit. The viewers are sick and tired of watching such scenarios. 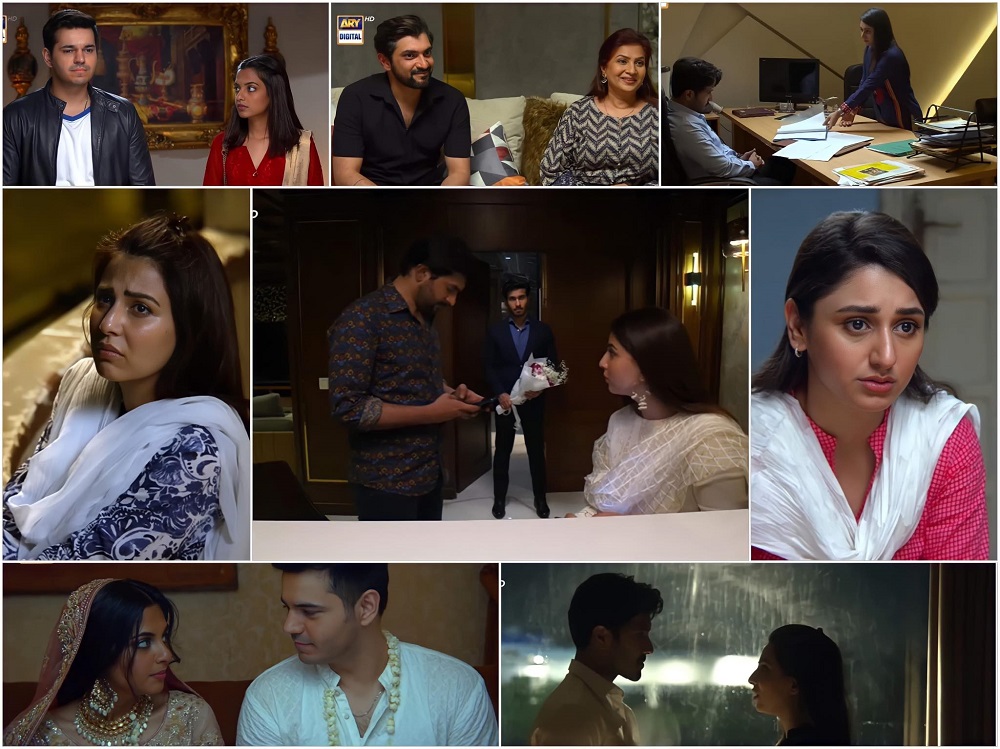 Zoya’s track was used desperately and unconvincingly to create this misunderstanding between Ayesha and Basit. It was understandable why Ayesha thought she could not tell Basit the truth but the way Ayesha lied to Basit about her whereabouts made no sense. She could easily have told him that she had gone to see her mother but she chose to lie. The Ayesha-Fahad meeting scene in last week’s episode was funny because Ayesha’s formal look at such a time was just as senseless as this entire track as a whole. This misunderstanding was forced into the story and I am still not certain why! If the writer(s) were hoping that the viewers would desperately wait for Basit and Ayesha to get back together then they were seriously mistaken. The drama could easily have ended by showing Basit falling in love with Ayesha, Bano, and Fahad getting married.

I found the dinner scene with Fahad and his mother hilarious. Fahad knew Basit was acting “strangely” and he could guess why but even then he continued to compliment Ayesha because obviously, his dil was squeaky clean. Common sense definitely left the room when this scene started. Later on, the poor guy was “shocked” at Basit’s behavior even though he knows about his friend’s state of mind better than anyone else. What Basit did was wrong, there’s no doubt about that but what Fahad and Ayesha did was just plain stupid.

The only good thing about these two episodes was Zoya’s track. I always felt that Aamir was taking Zoya for a ride but he definitely kept his end of the bargain. It was refreshing watching him stand by Zoya unlike before. Bobbi Phupo’s backstory was also revealed in these episodes but even after everything she said, Zoya’s mother was not too convinced. I also liked the way Bano was happy for her sister even though she misses having someone who will be by her side through thick and thin. I expected Bano to step in and explain the actual situation to Basit but the writer(s) clearly want to prolong the misunderstanding so that Bano and Fahad can bond while trying to resolve the issue.

Habs has been an entertaining play with its highs and lows. The discrepancies and shortcomings in the script till now were easy to ignore but after this episode, it is really difficult for a viewer such as me, who looks for logic in the script to take Ayesha-Basit track seriously. The side tracks are definitely much more well-written than the main track. I just hope Bano’s track has a good, logical ending.

Did you watch these episodes of Habs? Share your thoughts about them.