As Pakistani film industry has regained its footing among the masses, so has its promotions, marketing, press releases and fan meetings to work in an increasingly internal competition. 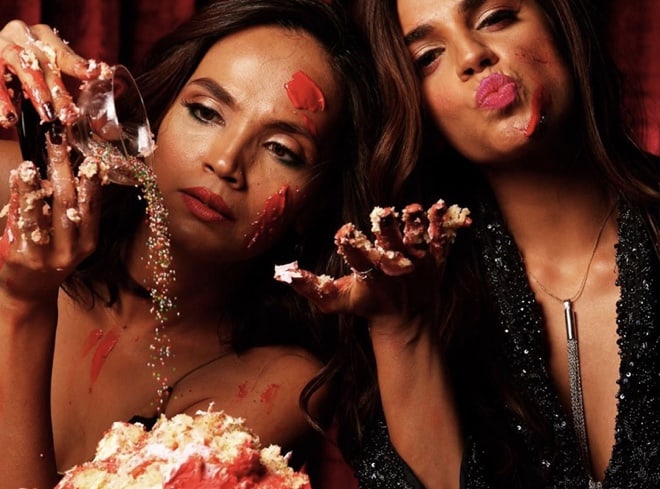 This competition could be the reason, makers and cast of “Cake” have taken the promotion to another level and marketing the movie with their tweets as characters of the film. Amina Sheikh and Sanam Saeed are getting on to eachother’s case as Zara and Zareen from the movie. They are fighting like such siblings who can’t live with eachother and can’t live without eachother. 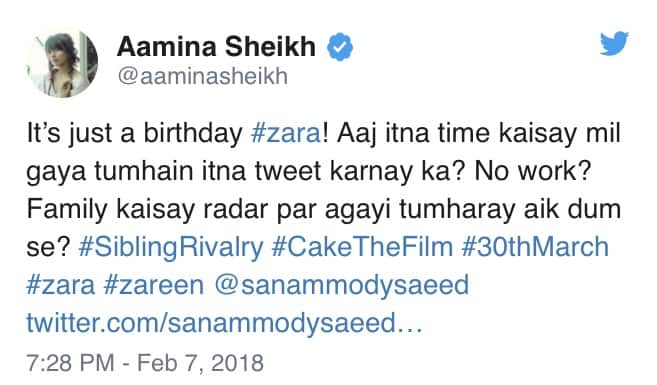 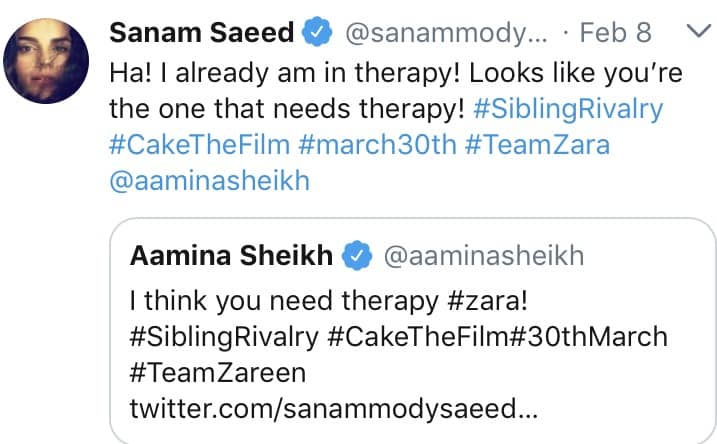 After the tweets, now they have aligned fans and public to choose sides and be on Teamzara or Teamzareen. 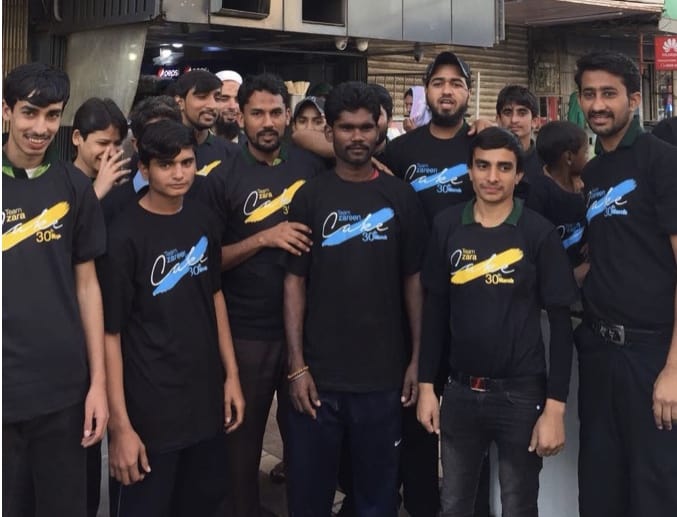 This innovative marketing certainly has us more intrigued about the movie.