I found myself counting days when I saw the promos of Behadd, it seemed like a brand new story with a stellar cast. I was waiting for Umera Ahmed to come up with something new, Fawad Khan with his new look and a character that seemed different from what he usually does, Nadia Jamil’s sheer presence on-screen coupled with Adnan Siddiqui’s guaranteed brilliant acting and of course Sajjal Ali; these were few of the reasons because of which I had very high expectations from this telefilm. Honestly speaking I felt that the cast and the script was picture perfect even before watching the telefilm but sometimes when you have such high hopes from something it is very likely that you get disappointed if the product is not as good as promised! Well, I can say with all certainty that this was not the case with Behadd. Asim Raza’s direction was absolutely flawless, Umera Ahmed’s script left nothing to be desired for and the acting by all the actors was top notch – it proved to be a thoroughly entertaining telefilm with all the right ingredients in the right proportions. The sizzling on-screen chemistry amongst all the characters, big or small made Behadd a delight to watch. The entire cast was very well chosen, it was great to see Shamoon Abbasi and Nosheen (Poppy) making their presence felt in their respective roles although they were not the central characters in the story. 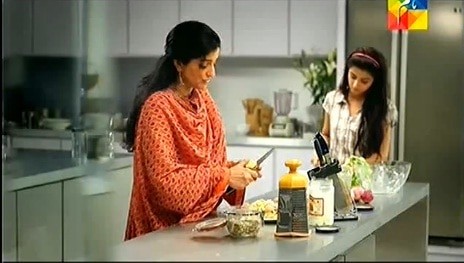 Yes, most certainly, excess of everything is bad! Even too much love sometimes can ruin relationships because it can sow seeds of jealousy and possessiveness. Behadd is the story of a single mother Masooma (Nadial Jamil), who does everything in her power and more to give her daughter all the love and care in the world. Masooma and Hassan (Adnan Siddiqui) have a perfect life until Hassan dies in a car accident leaving Masooma and their daughter Maha (Sajjal Ali) behind. Masooma’s motherly instinct to protect and love her daughter completely overpowers everything else in her life. Maha won’t allow her mother to be happy; she only wants her mother all to herself. The message of the telefilm was brought forward in such an apt manner that there was absolutely no confusion. I couldn’t help but question myself as a mother as well and learned that sometimes too much love or the need to protect your child can seriously backfire. Raising children is the hardest job in the world and no mother who has put in her best effort to raise her child should question herself even once but then it is easier said than done! Also, children should know that parents deserve to be happy too, they also need love. It also showed that how easy it is for the children to exploit their parents’ love for them if they want to do so. All through the telefilm I couldn’t help but ask myself different questions like “Is Maha really sensitive or very controlling?” “Do single mothers have a right to have a life of their own – is it okay for them to get married?” 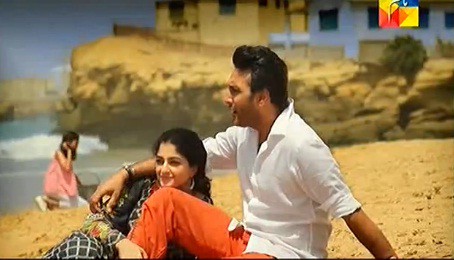 Maha cannot bear to see her mother having a good time with anyone, not even with her best friend Shafaq (Nadia Afghan). Shafaq wants Masooma to stop treating Maha like a toddler and wants her to go on with her life; get married and find herself some happiness.Nadia Afghan proved yet again that she is a very gifted actress, she has to be another person who is always a joy to watch. I have seen quite a few single mothers like Masooma in my life; their biggest predicament is that “They have a fifteen or so year old daughter!” Jamal Ahmed (Fawad Khan) , an old friend and neighbor enters Masooma’s life like fresh breeze, I felt truly happy for her and thought this was exactly what she deserved. The proposal scene was extremely well done. The relationship between Joe and Moe was another beautiful aspect of this telefilm, even with the age difference and everything else; they did seem like a match made in heaven. The twist in the end completely took me by surprise. 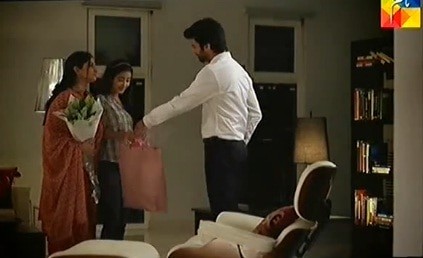 Behadd was beautifully directed, the locations were very pleasant to watch, the picture quality and the vibrant colors lit up the television screen. I must thank the entire team of Behadd for a job very well done. All the actors did a fantastic job and I can’t praise the director enough. The OST has also been sung very beautifully, the voice quality was perfect all through the telefilm and the OST for a change was not “abused” and wasn’t overpowering at any time, in fact it was played only a couple of times all through the telefilm. A huge thanks to Hum TV and Momina Duraid for the wonderful effort. Those of you who missed Behadd must watch it. 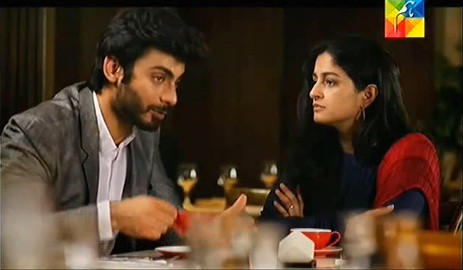