Ohkay so, things are progressing quickly in this drama for now & I like how the script has been conducted so far. Yes, even though this drama has a been there, seen that feel to it, I still kind of enjoy watching it because the protagonist is quite amusing & I like watching her. I am interested to see how her life will unfold & what is in store for her.

Quite typically, Ali’s mother turned out to be the sort of a mother-in-law any girl & girl’s mother would dread. She made it very obvious that she wasn’t happy with how Ali & Nadia on their own decided to get married. In stead of blaming her son she blamed Nadia for getting ahead with the whole situation quickly. I think Ali’s mother herself saw how eager Ali was so she should’ve held him responsible. She didn’t leave the opportunity to make it very clear to Nighat that she isn’t too thrilled by the idea of Ali & Nadia’s marriage but somehow Ali saved the day & with his sincerity, convinced Nighat that he really wants to be with Nadia. I hope after marriage he keeps up with all the promises that he is making to both Nighat & Nadia because in my opinion, his mother won’t let things be smooth for both of them & I do feel Ali will end up succumbing to his mother’s pressures! 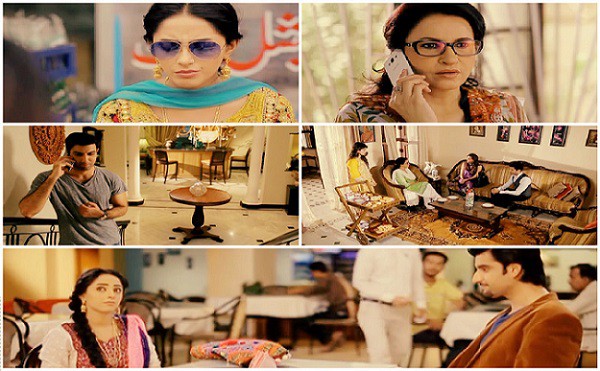 I liked how both Nadia & Sadia used the reverse psychology on Hareem, where they tried to stop her from going out but just because she wanted to make a point that she doesn’t listen to anyone & does what she deems fit, she went ahead with Areeba. So far, it has been made very clear that Hareem is quite gullible & she herself doesn’t know how easily she can get tricked into doing things that other expect from her. Her sisters wanted her out of the house till Ali & his mother would’ve stayed & Hareem ended up helping them with the situation. She happened to meet Fahad & the way he showed more interest in her huge car made it quite obvious that he is after Hareem’s wealth & he happens to be quite an opportunist. I somehow feel that even Fahad has pretty much understood that Hareem is very innocent & naive, that is why he has his eyes on her because he knows she’ll be an easy target.

I don’t understand why Nighat always feels the need to belittle Hareem in front of Nadia & Sadia. I don’t think she would ever discuss Nadia or Sadia’s weaknesses in front of Hareem so why does she do that when it comes to her? I don’t think Nighat is being fair in treating all her daughters equally. She clearly has her favorites & they are Nadia & Sadia & sadly when it comes to Hareem, she has nothing good to say about her. The way Nighat carries herself, she shows that she is an educated woman, so I really don’t understand why can’t she be a little more wise when it comes to treating Hareem? I think Nighat has missed the point that the moment she handed Hareem over to Shabbir & Zahida, she gave them the responsibility & allowed them to raise her whatever way they deemed fit, so now when she is back Nighat doesn’t leave an opportunity to show it to Hareem that she is unhappy with almost everything about her. Nighat shouldn’t be so hard on Hareem because she has not only lost her father, but she has lost her mother, all the luxuries & comforts of life that she was used to & she has all of a sudden stepped out of her comfort zone, so if she is a little more defensive & bitter, Nighat should treat her with respect. All this while, Nighat tried to project that she was incomplete without Hareem & she really wanted her back but ever since she has come back, I haven’t seen her being happy about the fact that she gets to be with Hareem now & in stead Nighat is making it very obvious that Hareem’s presence is bothering her. I find Nighat irrational when she speaks to Hareem harshly because Hareem is just a kid who has always lived in a bubble, who has always been treated like a princess so if she is used to that sort of a treatment then that’s not her fault & if Nighat can’t extend that to her, the least she can do is be a bit more patient & polite with her because that’s the only way she’ll be able to build a healthy relationship with Hareem, who happens to be her daughter as well. 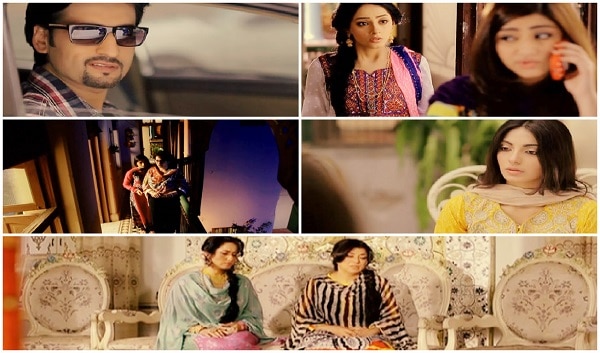 Even though Salma doesn’t have much to contribute to the story, I like her for the fact that she sympathizes with Zahida & understands what she is going through. Even though she is bound by her husband but every now & then she tries to help Zahida & make her understand that she shouldn’t give up on anything that belongs to her. I am sure Salma will be the one who will reunite Hareem & Zahida, but for now, it is really hard on Zahida to be without Hareem, her daughter who she has raised for 23 years.

I like Hareem’s character for the fact that she is honest & clean-hearted, she speaks what is on her mind & she doesn’t believe in telling lies, that is why she was very clear in getting her point across that she was ticked off at Nadia’s engagement because she wants to get married to a guy like Ali. It is too obvious that she is falling for a wrong guy & I really think she deserves someone better because what has happened in her life is not her fault at all. She has been a victim of circumstances & her life has already become a bit too tough for her. I am sure she will be forced to face the consequences of falling for a guy like Fahad but I hope she comes out of every such situation with her head held high & deals with hardships bravely.

Overall, this episode was interesting too & I had a good time watching it. I must say, I love the way Sanam Chaudhry gesticulates, she really has adapted the body language of a girl who belongs to a small town but is trying to show to everyone around her that she is confident enough. I really like her acting because you actually can see the expressions in her eyes, it’s like her eyes talk most of the time & I really am glad that I decided to watch this drama by seeing the glimpse of Hareem’s character in the promos. Everyone else is doing a great job too. Can’t wait to see the next episode. Please share your thoughts about this episode of Tere Mere Beech. :)