Ohkay so, this episode of Tere Mere Beech was interesting too. Even though the story has been quite predictable so far, it still provides a decent entertainment because the production value along with the direction & the acting is pretty good & also, the drama doesn’t have much loopholes till now, this is why I enjoy watching it.

This episode was all about Hareem & her mission of getting engaged before Nadia’s marriage. So far, we have had sympathy for Hareem because of the way she was abandoned by her mother & after returning to Nighat’s place, the way she was being treated, but now all the decisions that Hareem is making is putting an end to the sympathy I used to feel for her, because she herself is ruining her life. Yes, Nighat has been irrational & unreasonable with Hareem & there’s no denying to that, but after finding out about Fahad, not only Nighat but everyone else has tried to knock some sense into Hareem because they genuinely care for her but she is failing to understand that. Yes, it is too obvious that Hareem doesn’t want to listen to them because she hates them but that still doesn’t justify her stance that just because she ‘thinks’ Fahad is rich & just because she ‘thinks’ that her mother & sisters don’t want her to be happy, she feels like she shouldn’t listen to her family at all. 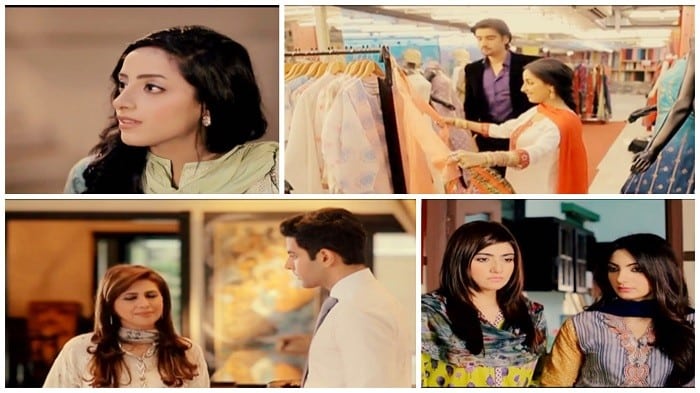 The way Ali & Nadia found out about Hareem & Fahad seemed very convincing. By chance they spotted them together & since that moment, Ali understood that something was definitely wrong about the whole scenario. Nighat obviously is a bit too distressed because of Hareem but I found it a little odd that without investigating much, despite having Ali on her side, she agreed to this marriage & didn’t even bother questioning Fahad herself. Also, I don’t think in this day & age, where everyone has an access to technology, it was too hard for Nighat to get hold of Fahad’s parents on the phone. It would’ve looked justified that Nighat did her research but she chose to listen to Hareem because she was too scared to confront her & also, more than Hareem, Nighat was once again concerned about Nadia & her in-laws, so she decided to get over with this fiasco ASAP before Nadia’s mother in law questions their decision!

Nadia is shown to be quite decent & understanding sort of a person but at times she seems a bit too desperate where she doesn’t want to upset her mother in law or Ali. I felt that because she suggested that Hareem should be married off to Fahad ASAP so that she can feel at ease as then Hareem won’t be there to make things difficult for them. 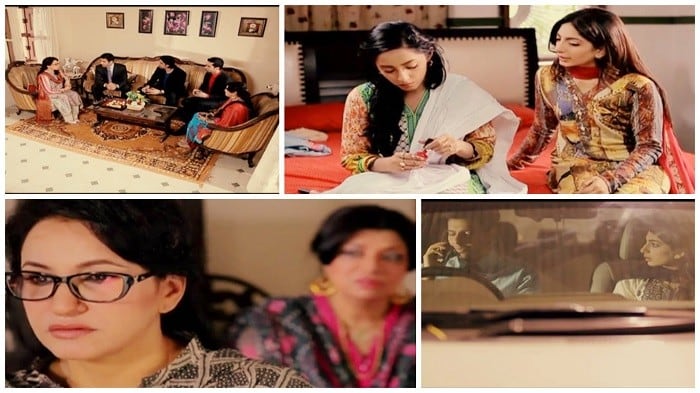 Fahad’s friend was at least honest about his job but he supported Fahad in telling a lie to Nighat & everyone else. Looks like Fahad is someone who doesn’t believe in hard work & focuses more on the shortcuts, that is why he thinks just because a girl from the sound background came into his life, he shouldn’t worry about anything else. Also, not only Hareem’s bank balance but what attracted Fahad the most towards her was her innocence, because Fahad knows he will boss around her easily & she will agree to whatever he will suggest & demand.

After this episode, I found Hareem totally wrong & at fault too because she is choosing to keep her eyes closed. Yes, she is not on good terms with her mother & sisters but at least, she should pay heed to what they are saying, even if it is something that is hard on her. Zahida is gullible & has no exposure but at least Nighat should have taken charge of the situation & should have done her part by inquiring about Fahad because Nighat believes that Hareem has no sense whatsoever, so I am not too sure what made Nighat agree to Hareem’s demands so easily!!!

Overall, this episode was interesting & looks like Fahad will start pushing his agenda in the next episode. Fahad may think that he is clever enough but he is being stupid as well to believe that Hareem owns a chunk of her father’s property. Just because Hareem looks rich doesn’t mean she is rich & this is something that Fahad should’ve inquired about too. It is an irony that both Fahad & Hareem are starting the new phase of their lives based on lies, not too sure what they both will do after finding the truth about each other. Please share your thoughts about this episode of Tere Mere Beech.