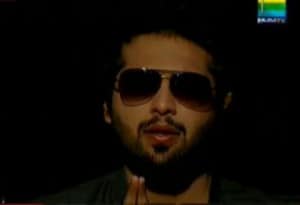 Mornings are the most important part of the day for me because it is the beginning of a new day and every new day brings with it new hopes. When we wake up in the morning we want to do whatever we can to feel refreshed and energetic. Meeting a good friend or getting praise at work in the morning can make your whole day beautiful. So, basically there was nothing new that I said in the above lines because we all feel that way. Everyone wants their mornings to be refreshing but why are our Morning Show hosts unaware of this very common fact? First, they tortured us with wedding ceremonies in the wee hours of the morning and now we have a date with a jin or a spirit early in the morning.

Please answer this for me, who wants to meet Jinnat in the morning? I know I don’t! And I especially do not want to meet these jinnat or know about them when the sole purpose of discussing them is to create sensation and not to cause awareness of any sort. I accept the fact that supernatural spirits exist, the evidence is there in the Quran but I would like that these jinnat are not invited as guests in our morning shows. Am I the only one who feels that most of these shows with Jinnats making a guest appearance are fake? And that is probably the reason why these shows put you off even more. You know I have an idea, enough of shadis and enough of jinnat, ab kisi jin couple ki shadi karwani chahyeh. That will surely increase TRPs even more…what do you all say?

All human beings are curious to know about the supernatural beings and many people face problems relating to them but there is a limit to everything. Every other morning show seems to follow the same path and then it becomes a competition. Some go to graveyards to look for jinns and others are so lucky that the jinnat come to their shows themselves. Do these morning show hosts think that the viewers are foolish? I wish they would understand that their viewers are very intelligent people; in fact so intelligent that maybe they should ask the viewers what they want to see in a show.

Morning shows are not dramas; they are reality shows, which means that they should not be fake. But it seems like the actors hosting these shows use most of their acting talent in these shows. I remember there was a time when Nadia Khan’s shows were very balanced and had a little bit of everything. But then she also joined the rat race and now the awam is stuck with jinnats and shadis.

Share with us, how many of you want to see hosts and guests talking about Jinnats in these shows? And do you think all of it is for real? Do you feel like these Jinnat shows (not morning shows) are questioning the viewers’ intelligence?