The Perfect Formula For Ratings – Works Every Time

Pakistani channels and production houses nowadays focus more on getting TRPs than they do on content. Entertainment after all is a business just like any other but some of the production houses take this business a little too seriously. These are the production houses which are primarily in the business to make money therefore they keep on making dramas which would guarantee massive viewership. They forget they also have a responsibility and focus entirely on making money. There are also those people in the industry who incorporate these tried and tested formulas to make dramas which are more meaningful and offer something bigger. If a certain story or some aspect of the plot attracts the attention of majority of the viewers, it is used as a formula in every other drama.

Ratings Are Directly Proportional To How Majboor The Heroine Is

The victim stance indeed is really powerful especially when it comes to Pakistani dramas. This is a tried and tested formula which always works. Making the viewers feel for the characters is an important part of a writer’s job but there are so many of our writers who go overboard. These writers forget to give their characters a definite personality and rely solely on showing these women as victims. The actresses playing these roles and the production houses heading such projects are extremely certain that the ratings are directly proportional to the amount of tears these heroines shed! Most often, the leading lady is shown suffering right from the beginning and the problems she faces increase over time. The most unconvincing and annoying aspect is when these majbooris are forced. Even when there is a way out, these leading ladies stick to the source of their problems (the man in their life) like glue. Recent examples of such leading ladies are Mannu from Mann Mayal, Azra from Mere Bewafa and Mirha from Ishq Tamasha. 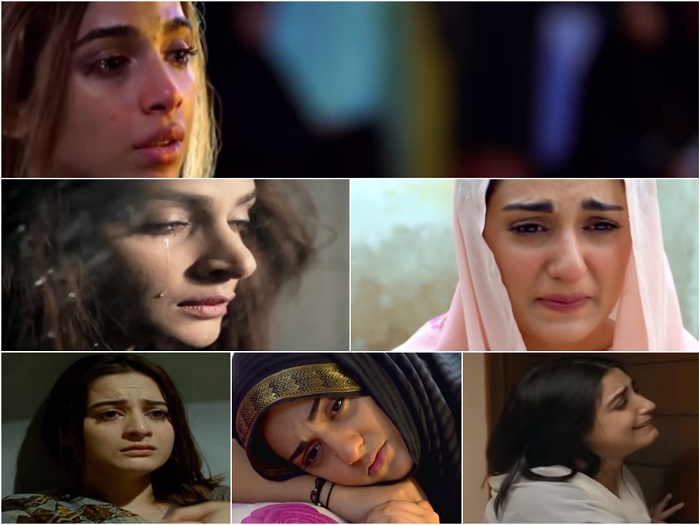 Lately, we have seen so many such leading men in our “popular” dramas whose flaws were glorified and sadly enough, they had a huge fan following too! Mir Haadi from Khaani, Shahmir from Mere Bewafa and Mehrab from Ishq Tamasha are few such examples. Mehrab’s character was actually turned into one of these sadistic sick-minded unreasonable characters primarily because somehow such men help garner more sympathies for the majboor leading ladies. Mir Hadi was the prime example of a “good looking” male lead with tons of flaws, who was the main attraction in drama serial Khaani. The producers wanted to kill his character but could not do so because he had a massive fan following. Shahvez from Sangat is another such example. These heroes were murders and rapist yet they were shown as victims and got a hero’s ending too. 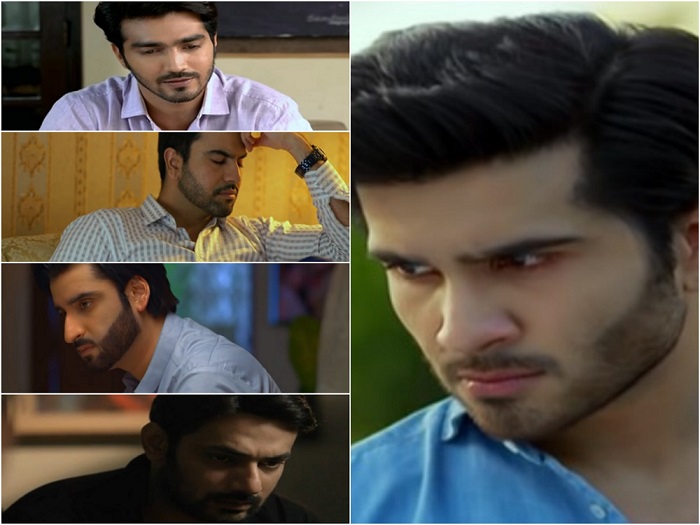 Two Women Fighting Over A Man

I am not sure what kind of an adrenaline rush most viewers get out of watching women fight over men but the affect it has on ratings gives the producers even more incentive to make such dramas. The majboor aurat’s majbooris are highlighted even more by making her good-for-nothing man fall in love with her best friend, sister or cousin! The flirtation and the husband’s disloyalty and the sufferings of the first wife are given plenty of screen time. The most ironic bit is that this “man” most often is a shoddy character and such a weakling that you only wonder how two women would be stupid enough to fight over him.

Even though a grown up man who is sensible enough to run a business and a house starts an affair and gets married to his wife’s best friend out of his own free will but it is never the man’s fault. The dramas which get the TRPs always show that it is always the fault of the other woman! Somehow most of our producers and writers are convinced that if they make a man suffer as miserably as they make the women suffer then they will lose their viewership. This is the reason why women who cheat always get the worst endings but men who do so are always forgiven. In Mere Bewafa the way Shahmir was forgiven was absurd, In Ishq Tamasha Mehrab literally got away with murder and also got a happy ending and in drama serial Ghar Titli Ka Par the past few episodes have been dedicated solely to convincing the viewers that poor Azar was trapped by wicked Anji.

Negativity To The Rescue

When the viewers start feeling for the heroine, the producers decide to turn the more nuanced character into an all out negative character. The recent example is that of Rushna’s character. In order to make Mirha look like an even bigger bechari than she already was Rushna was turned into an unreasonable negative character who was continuously plotting and planning against Mirha. In Ghar Titli Ka Par Anji’s negativity is the main attraction in the show which is why she gets more screen time than Shafaq does. Although, the producers do all this to get more support for their leading ladies and it obviously works for a lot of people but while doing so they completely ruin the characters and as a result the plot goes haywire.

This is a very serious issue which has been highlighted in an intelligent and responsible manner by many of our drama makers but this issue has unfortunately also been used to get attention and ratings. Chup Raho was one such example in which this issue was used to get attention and not to educate. Even in Aisi Hei Tanhai, the track covering this particular tragedy was stretched to the limit and did not serve a bigger purpose. Sangat was another such drama in which the issue of rape was sensationalized and the rapist was glorified. Many dramas also took inspiration from drama serial Udaari but all of them did not do justice to the topic. This topic has been getting the producers the ratings they want therefore this is one of the main reasons why they keep on making dramas on it. 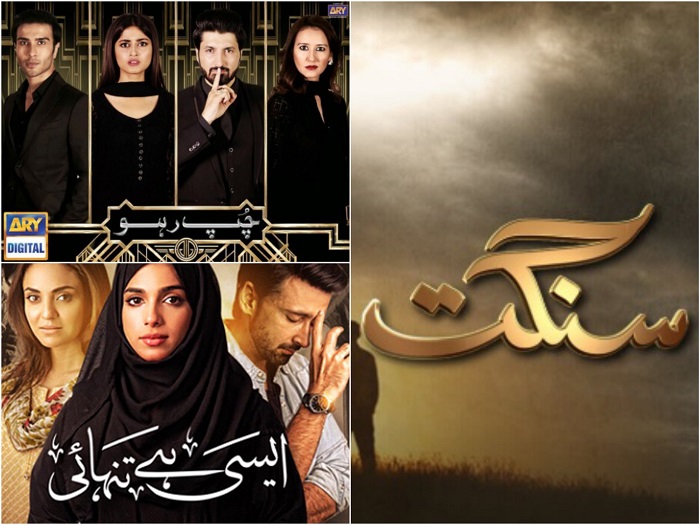 First 10 Episodes Should Be Fast-Paced

Yes! This is the key to success. Most producers who want ratings alone make sure that the first 10 episodes are fast-paced and happening. When they have their loyal viewers’ attention, they slow the pace down, the story almost completely loses direction and the sole purpose of the show is to stretch the story as much as possible. Since the viewers get hooked to these dramas in the first few weeks, they keep on tuning into them out of curiosity and that is how even those viewers who do not like such storylines end up contributing to the viewership.

All the examples given in this article are from dramas which got the highest number of ratings in the past few years. There are however those producers and writers as well who get the ratings and attention of the viewers by making dramas with a strong storyline without using any formulas.

Don’t forget to share your thoughts in the comments section. 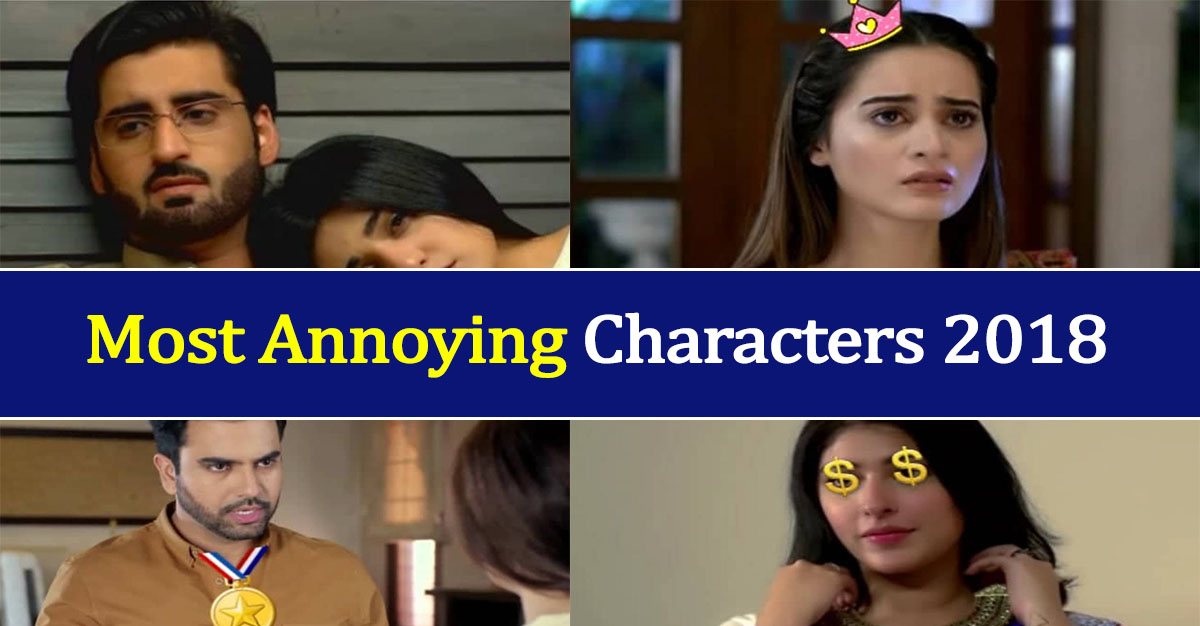