This Is How Much Nickyanka Are Earning From Their Wedding

Celebrity weddings have become a long affair. Bridal showers, bachelor parties, pre and post wedding bashes, etcetra. People also give a lot of attention to details and want to know everything about these weddings. Ranveer and Deepika bought a house worth 94 Cr PKR and her engagement ring was worth 4.5 cr PKR but that’s how much they have spent. What if I tell you there’s a wedding which is earning the couple millions of dollars. You might have guessed that I am talking about the year’s biggest wedding which is Priyanka Chopra and Nick Jonas’.

Apparently, Nick Jonas posted a picture of him lounging on a yacht with some Elit vodka from his bachelor party. It was from Nick’s bachelor party. E! News reported The his partnership was worth about $150,000 which makes 20,184,750 PKR. Likewise, Priyanka celebrated her bridal shower at Tiffany and Co. This partnership earned her more than 100,000 which makes 13,456,500 PKR. They signed up for registry with online retail giant Amazon which was worth $14,000 but again Amazon donated 100,000 to UNICEF on the couple’s behalf.

Who's the prettiest bride in the world? Our Desi girl, our girl! @priyankachopra looks radiant in her lemon yellow anarkali with @nickjonas sharing a story of beautiful new beginnings ♥️ Couture: @abujanisandeepkhosla

They also sold the rights to their wedding pictures for $2.5 million to an international magazine. Now, isn’t it the most expensive wedding and of course, the most beneficial too. 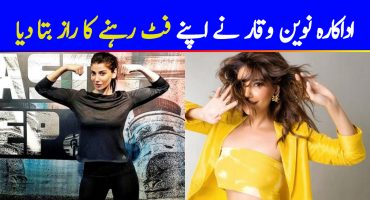