Titlee Episode 19 Review – The Most Selfish Mother Ever!

The story is being stretched to the limit now and even some of the primary characters like Naila’s parents are completely missing from the picture. Naila’s attitude has been the same right from the first episode and there has been zero character development. Now every time she thinks she might get into trouble for something or if she needs something, she bribes her husband and children! It was funny watching Naila buying all those gifts for her daughters after Amna saw her with Rehan. It went to show her materialistic approach once again but Amna has been brought up differently because her grandparents have more of an influence on her therefore she was not going to forget what she saw so easily. Naila is completely lost in this extra marital affair and thinks she is invincible. Even after Amna saw her, she did not change her attitude at all. Rehan is the only person for whom Naila goes the extra mile, she has never even done so much for her own daughters. This basically goes to show what her priorities in life are. It also makes me wonder how different her whole life could have been if she was married to a good looking man with money!! 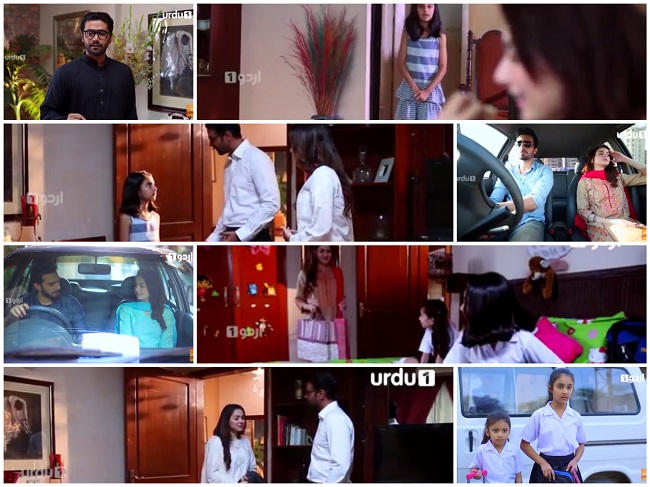 Naila has been shown as a very selfish and reckless woman; she is not only having an affair but she is doing so quite openly. Even when her children are in the house and it is time for their kids to come back home from school, she does not make an effort to make sure that Rehan is not around at that time. Although, I want the drama to wrap up quickly and I am sick and tired of watching Naila getting away with everything but I have to say that the whole approach which the writer has taken vis-à-vis Naila’s attitude throughout the drama has been very realistic. Although she does not have a single good quality but somehow you don’t see her as a “black” character but you see her as someone who is very flawed. Even right now, the way she continues to spend time with Rehan even though she got a reality check more than once shows just how far Naila can go to please herself. Right from the beginning, she has been shown as someone who lives to please herself and is very rigid too. She is only flexible when she knows that showing flexibility will benefit her in some way. The affair also shows how two people who are involved in such a relationship do not pause to think about the consequences. Rehan does not have a lot to lose but Naila could lose everything if Ahmed finds out what is going on.

I am very disappointed with Ahmed’s character because sometimes it is very difficult to connect to his feelings. Even after going through so much, he still falls for Naila’s lies and gets exploited and manipulated over and over again. It is difficult to predict what turn the story will take from here but I hope that this will be the final twist in the story which will eventually make Naila realize how wrong she has been. She does not deserve to be loved by all these wonderful people and should pay for her actions! I absolutely ove Hania Amir in this role, she is such a brilliant actress.

How many of you watched this recent episode? Do share your thoughts about it.