We have seen many dramas dealing with problems relating to marital life but most often these plays show a compromising wife and a husband who takes his wife for granted. A woman is always shown as a victim in such scenarios. Drama serial Titli is based on a true story which shows that sometimes men can be victims of marital abuse as well. The fast pace of the play, convincing performances and an entertaining storyline which keeps you looking forward to more makes me tune into this drama every week ever since it has gone on air. Choosing to review a drama which you consider a guilty pleasure is not an easy decision to make but it is also double the fun when you discuss every episode with viewers who are also enjoying watching it.

Titli’s plot isn’t too intricate but it is definitely interesting, relatable and unpredictable at times. Nayla (Hania Amir) is not your usual heroine; she is flawed, she is extremely selfish and shallow, someone most viewers would love to hate!! Right from the first episode Nayla was shown as a girl who was free like a bird (butterfly?), she believed only in making herself happy and couldn’t even imagine sacrificing her happiness for someone else. She, however, had to make the biggest compromise of her life when she had to get married to Ahmed (Ali Abbas) who belonged to a rich family but was not good-looking. Ahmed has been shown as a talented, intelligent and organized man who is the CEO of his company but he does not have the confidence to take an active part in the meetings or presentations because he does not like his physical appearance. Although he is surrounded by people who love him but even then he has a low self-esteem. Ahmed is an extremely likeable character. You feel for him every step of the way and you understand why someone like him would be willing to put up with all the insults which a man wouldn’t normally tolerate. Ahmed’s parents are also educated, refined and modest people who don’t even know how to deal with a person like Nayla.Titli’s plot basically gives the message that a person physical appearance does not determine his or her personality which is another reason why Hania Amir was the perfect choice for playing Nayla’s role. 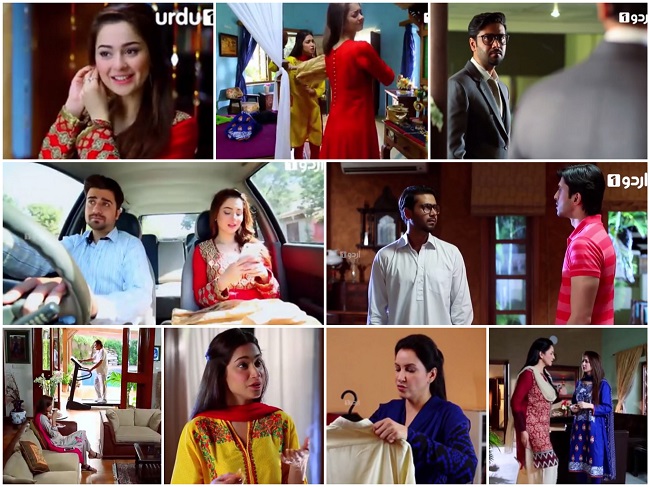 Nayla and her sister Zara are complete opposites but Nayla’s mother sometimes is shown saying things which suggest that Nayla might take after her. It was difficult to make out whether Nayla really liked her cousin or just wanted to avoid getting married to Ahmed when she showed the desire of marrying him. So far it does seem like Nayla is incapable of loving anyone except herself. Although Nayla has all the traits of a selfish and negative person but she is the highlight of every episode. Watching someone like Hania Amir who has a very innocent face, play a role which is anything but innocent with such persuasion proves what a remarkable actress she is. There are also times when Nayla appears to be more naive than negative. One of the primary reasons for tuning into this show initially was watching Hania Amir on the small screen because I was beyond impressed by her performance in Janaan. Watching her experiment with a rather unusual role proved to be a pleasant surprise. Ali Abbas is another actor who never disappoints you. He is versatile and he breathes life into every character he plays. His pronunciation, dialogue delivery and body language are always on point.

In the latest episode Ahmed found out about Nayla’s guy friend but it seems like the dynamics of their relationship are not going to change even after this. Amir’s wife will be another addition to the family who will fit in perfectly and Nayla would be the only misfit in the family. The fact that everyone else except Nayla is so picture-perfect sometimes makes it difficult to relate to this aspect of the story, other than that Titli has my undivided attention and I am enjoying watching it.

How many of you are following this play? Do share your thoughts about it.