We are back with our analysis on the ‘Top Pakistani Dramas’ again this week. This season, there are a lot of good shows on air and each show is struggling to gain the top spot from its competitors every week. Here is the list of the top 15 shows of this week: 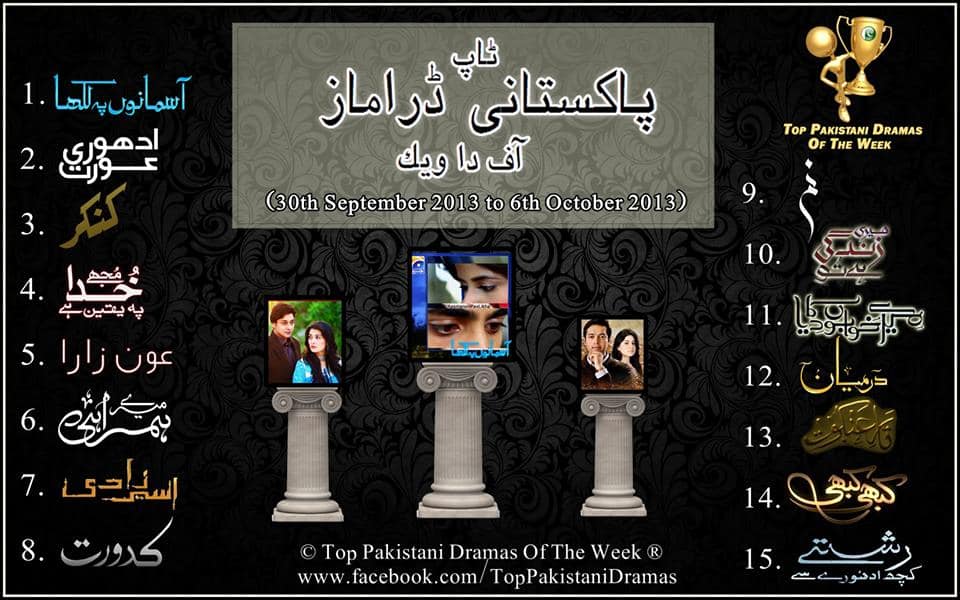 What do you guys think about the ratings this week?