We are back with our analysis of the Top Pakistani Dramas of the Week. We saw some really surprising changes in the Top 15 list this week. Here is the list: 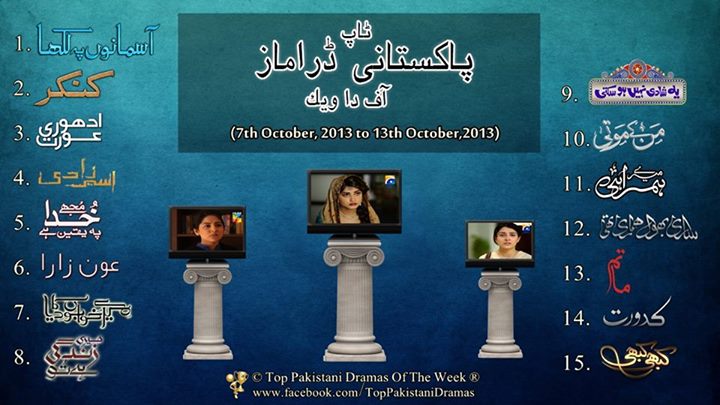 So what is your opinion about this week’s ratings?