This episode of Tum Kon Piya was extremely depressing and somewhat overdramatic at times. Elma’s mother in law and even her husband proved that they don’t even have an ounce of sympathy for Elma. I said this before and I feel the need to say it again, it would have been so much better if Zarbab wasn’t flirting with Javeria because now there is absolutely nothing good about his character. He is a complete loser who blamed his wife for his flirtation with Javeria. It was sad to see a girl like Elma wasting herself trying to please people who don’t and will never value her. Ramish continued to take a stand for Waqar Ali in front of his parents and now that he is gone, he has an even bigger responsibility on his shoulders. Someone needed to say all the things to Zarbab which Ramish said to him. Zarbab knew what he had done was very wrong therefore he had nothing to say in his defense, also, since he is so impressed by Ramish, he would have tolerated anything at all as long as it was coming from him. It seems like Ramish’s marriage isn’t going to take place after all.

Once again the fact that everyone related to Zarbab whether it is family or friends (Javeria) are out to destroy Elma stood out like a sore thumb. There was a time when Zarbab in his own cowardly way used to support Elma but now even that support is gone. Zarbab wants to stay out of the house for as long as he can since he has someone who is willing to give him company outside the house whenever he needs it. Although I am not too happy with this latest development but I must say that it is in line with Zarbab’s character. He is a coward who has always tried to run away from problems instead of confronting them. He is the oldest son who runs the house, if he had the guts to tell his mother where she was wrong, the whole household would have had a completely different set up. It goes to show that a son and husband’s responsibility is not limited to earning for his family members alone but he also needs to draw the line when someone is being unfair even if it is his own mother. Someone like Zarbab of course is incapable of taking up such a huge responsibility. Sharafat begum is clearly the supreme authority in that house and like a dictator she only looks after her own interests. 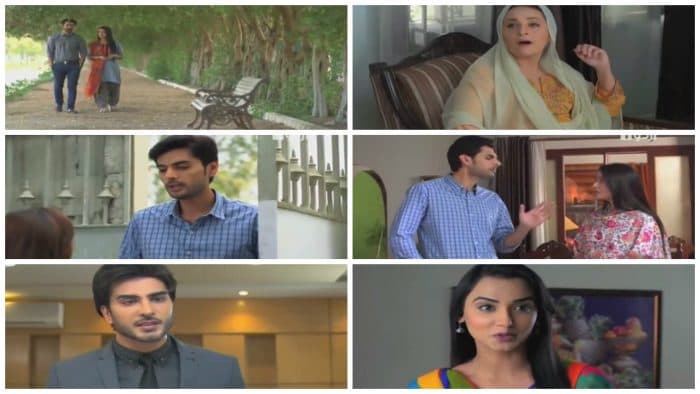 Sharafat begum found out about Elma’s father’s condition when Arif went to deliver the card but she hid the truth from Elma. The worst part was when she didn’t even let Zarbab tell Elma that her father had passed away. The preview of the next episode suggested that Elma asks Neha to move in with her. How can Elma forgive Sharafat Begum like this? I can’t imagine Elma living in that house now like nothing ever happened. Elma unfortunately has one thing in common with her husband – she too is incapable of taking a stand for herself. I hope there is a good explanation for Neha staying with Elma since staying with her other sister would have been a more logical thing to do since her mother in law is her khala as well. The preview of the next episode also suggested that Sunbal and Ramish might not get married after all – I really hope that Sunbal supports her brother’s decision otherwise this drama has two very foolish women who do not know what is good for them. 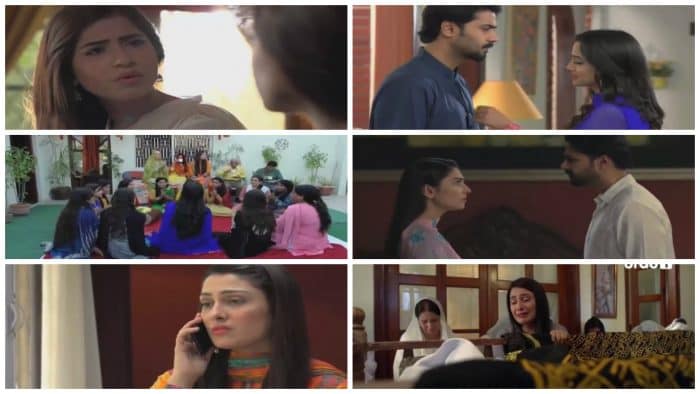 Waqar Ali’s funeral scenes were a little too dramatic for my liking. Elma’s sisters’ over emotional dialogues start getting annoying after a while. Elma’s illness has been relegated to the background for now. How will someone like Neha live in a house which is very different from her father’s house? Will her presence effect Elma’s position in the house in a good way?  How far will Javeria go and will Zarbab go along with everything she wants to do? Although Elma too is an ultimate bechari but there are definitely times when I truly feel for her. Ayeza makes this role tolerable (if not likeable) and the fact that every now and then we see Elma complaining make her more human.