Tum Kon Piya is an upcoming drama serial of 7th Sky Entertainment which will be aired on Channel Urdu 1. The most searched celebrity of 2014 Ayeza Khan will be back in action along side imran Abbas who will be male protagonist in this drama. 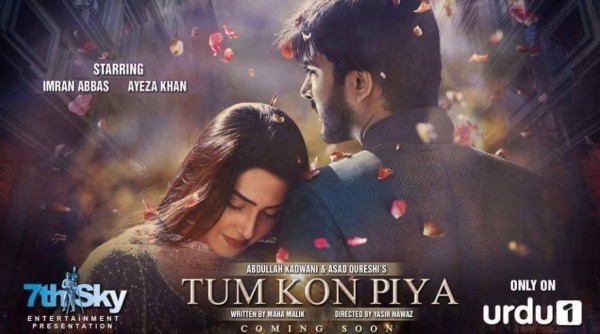 The promo of this drama is not released yet but its much awaited OST is finally released with Rahat Fateh Ali Khan’s melodious voice.