Meesha Shafi recently revealed some details on the accusation she made on Ali Zafar. She revealed that she faced harassment during a jamming session. Few of Zafar’s colleagues who were present during the session took to Facebook and posted their stories supporting Ali Zafar. They refuted Shafi’s claims as they went on praising Ali’s behaviour toward them. Here are the statements: 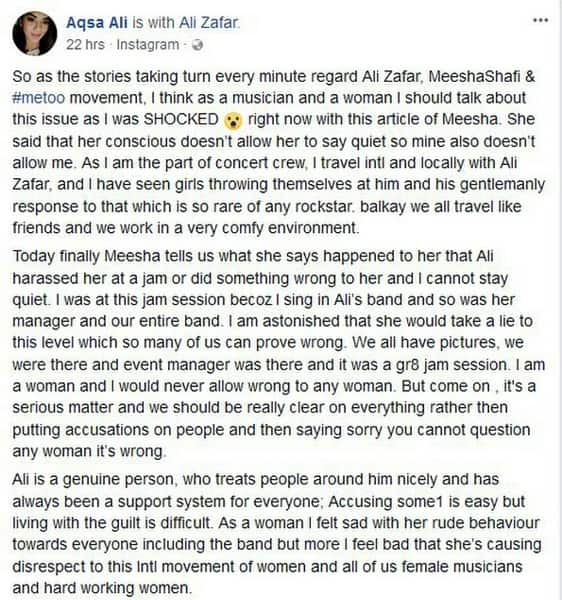 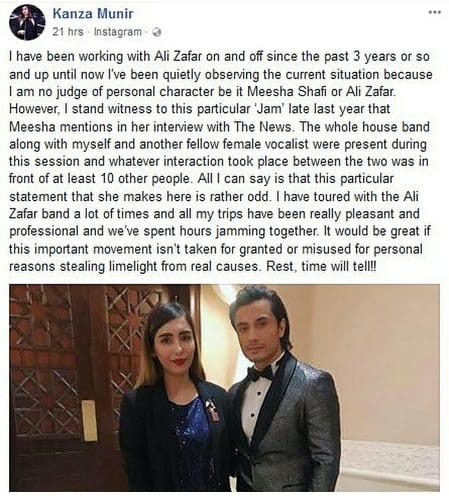 Ali has spoken after his initial statement, neither on further allegations and nor on any supportive statements!