Reema Khan is a stunning, gorgeous and evergreen Pakistani film actress, producer and Director whose grace and charisma can never fade away. Even after several years of her debut in the Showbiz Industry she still considered the most fetching and irresistible actress who is giving a fierce competition to all the junior actresses in terms of beauty. Despite her non-artistic background, she managed to sustain her popularity even after 20 years.

A few days back many celebrities were spotted celebrating Halloween in different ways. Recently Reema Khan shared her pictures on her Instagram account from Halloween celebration. 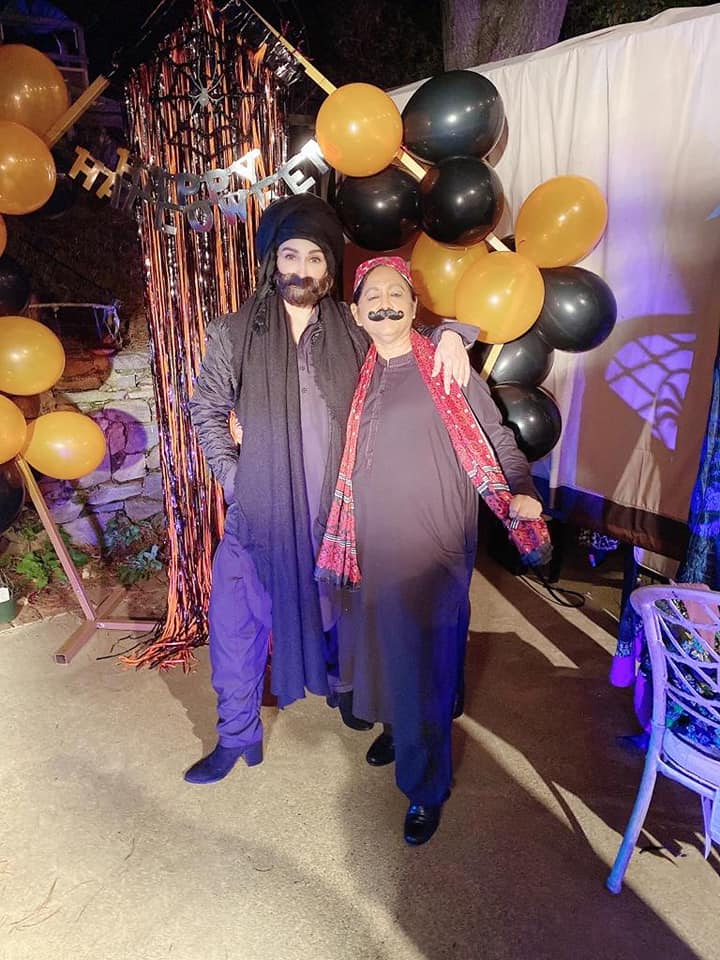 Most unique and different style was adapted by Reema at the Halloween party, celebrated in USA with her friends. 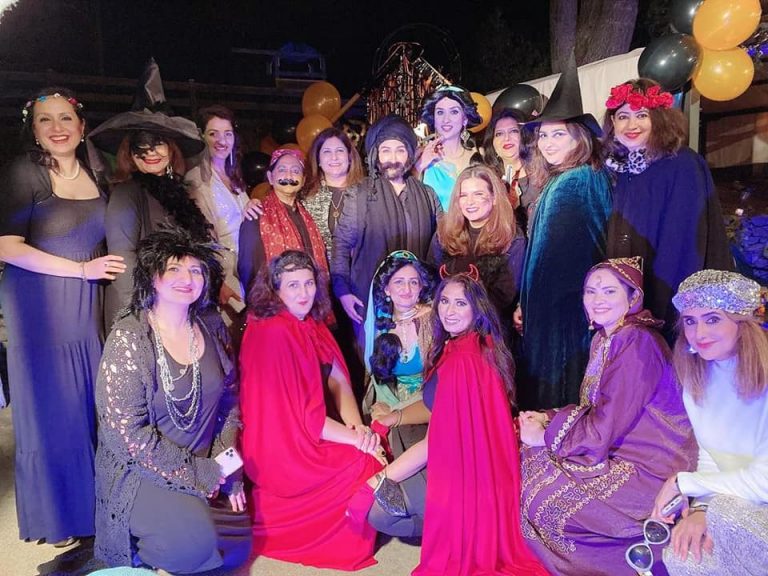 Reema is carrying a male look wearing black shalwar kameez, paired with black shawl and jacket, along with black turban and fake moustache.