Yumna Zaidi is the biggest name in the Showbiz industry who is active since 2012 and is known to be one of the decent actresses. She has appeared in a number of serials as a supporting and leading actress for which she has been nominated several times. Yumna Zaidi was highly praised for her role in “Pyar Kay Sadqay”. 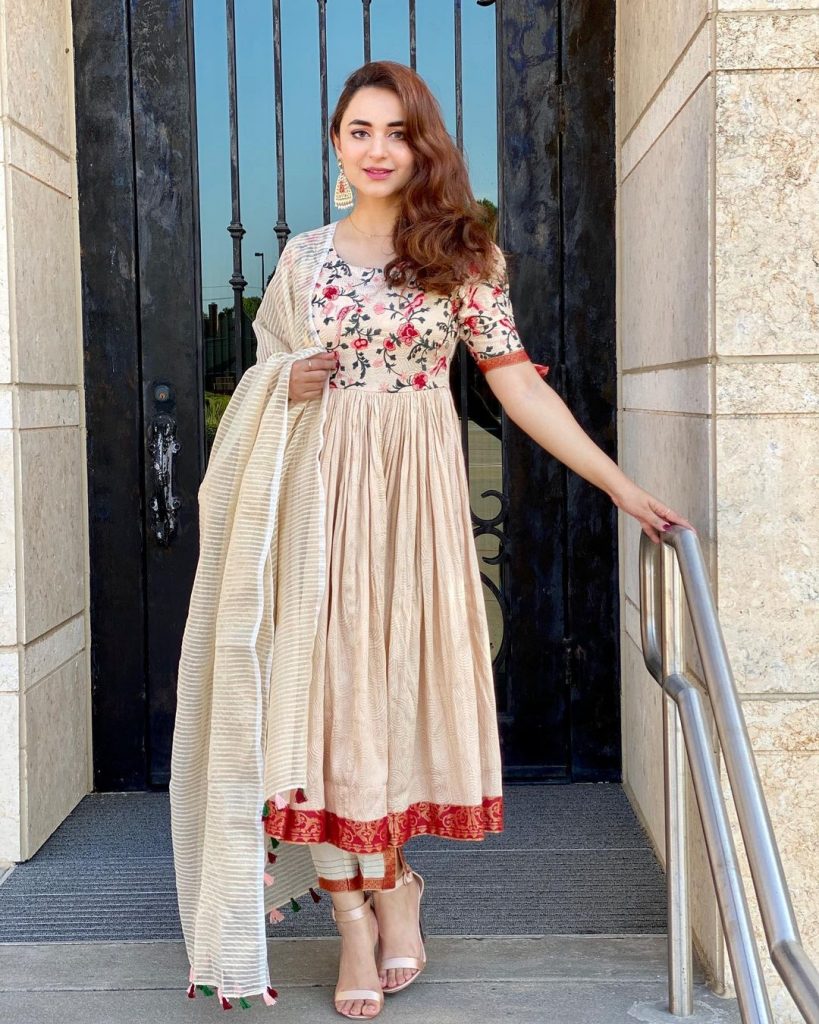 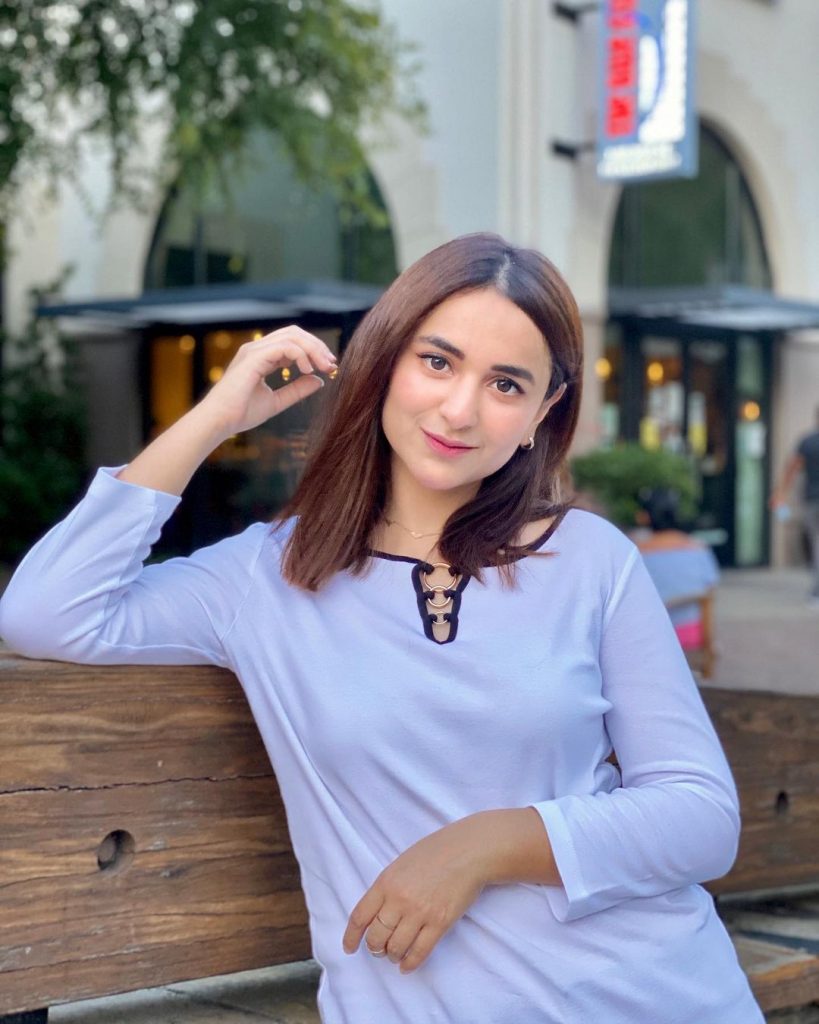 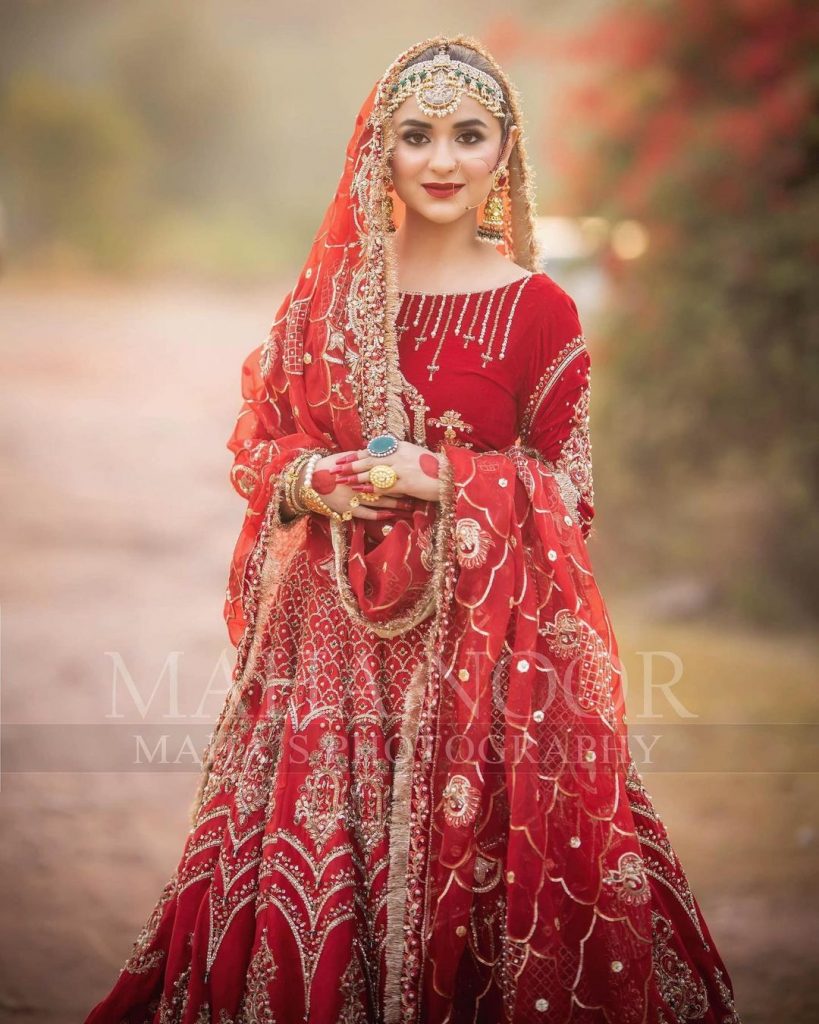 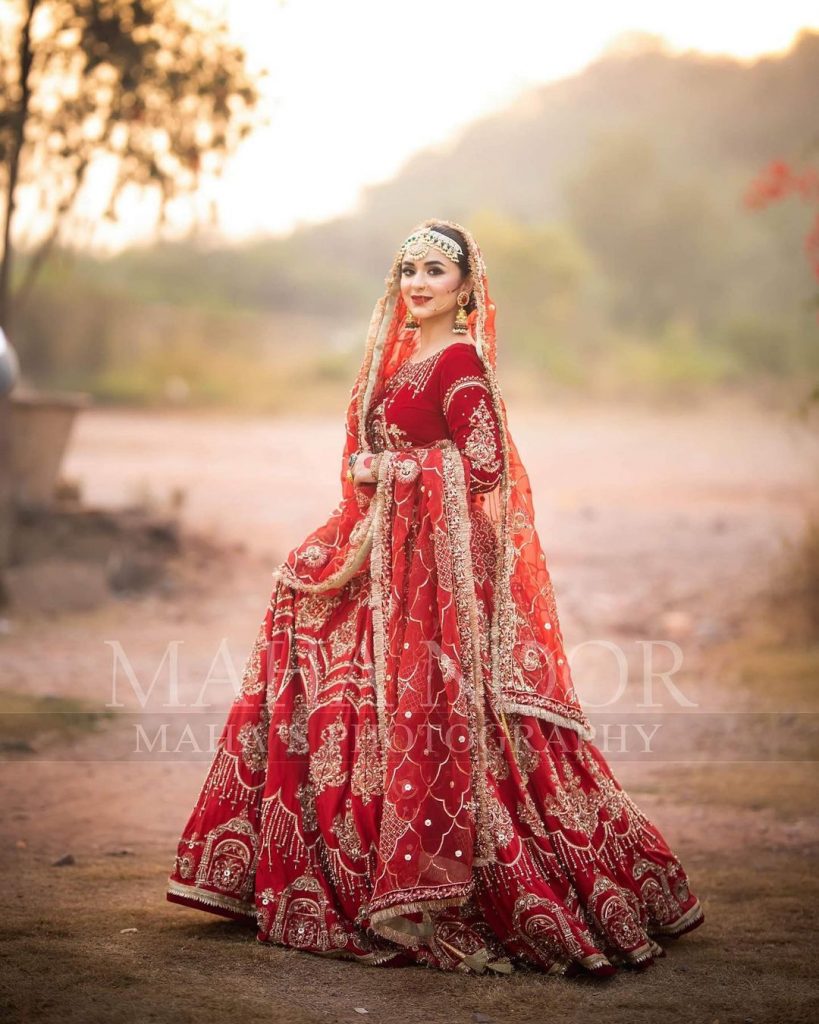 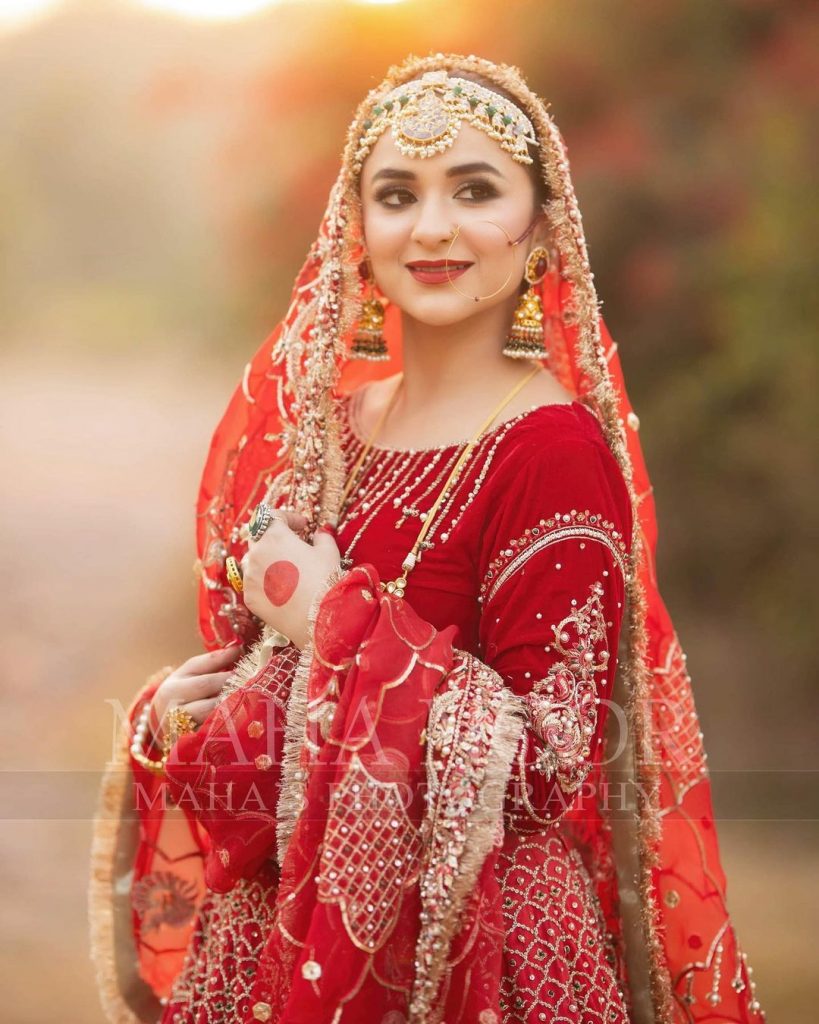 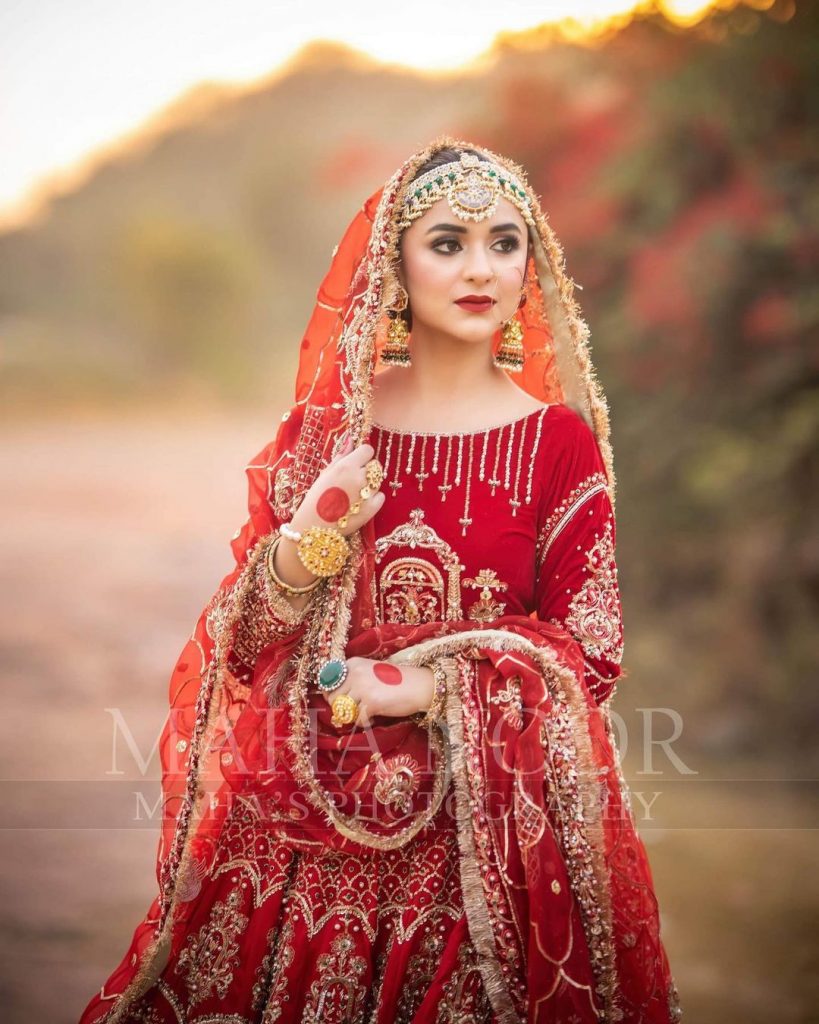 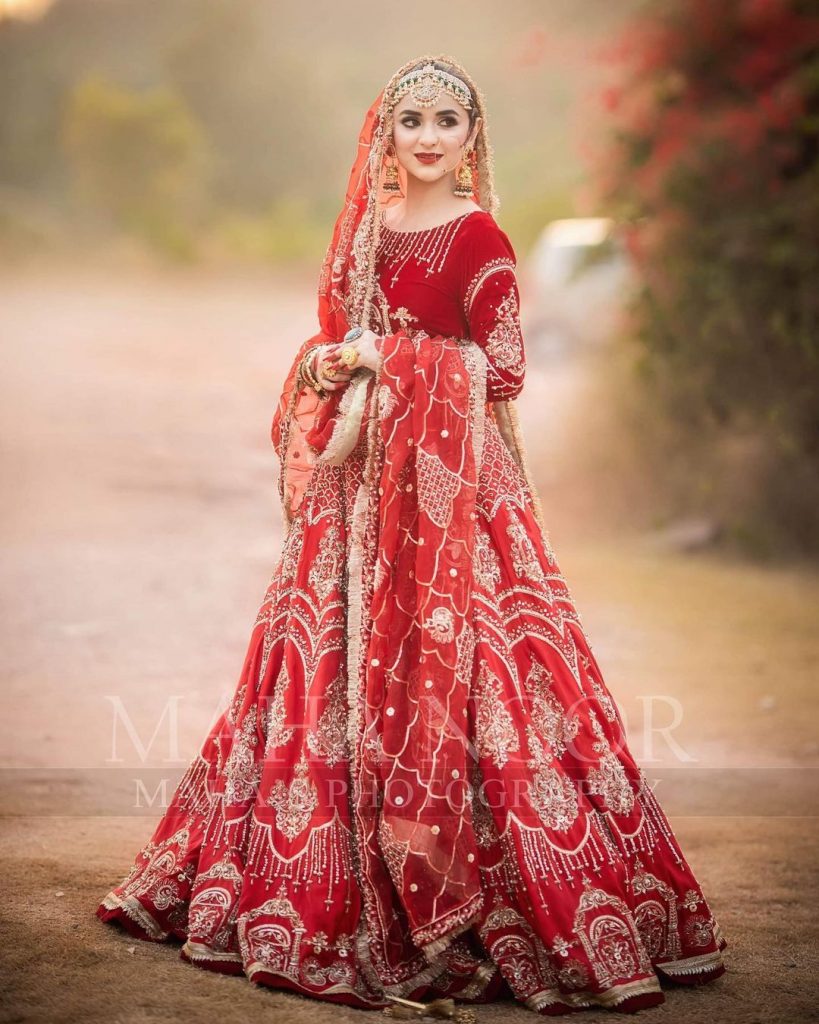 Soft makeup look according to the color grading of the outfit is given to Yumna by Faiza’s Salon. 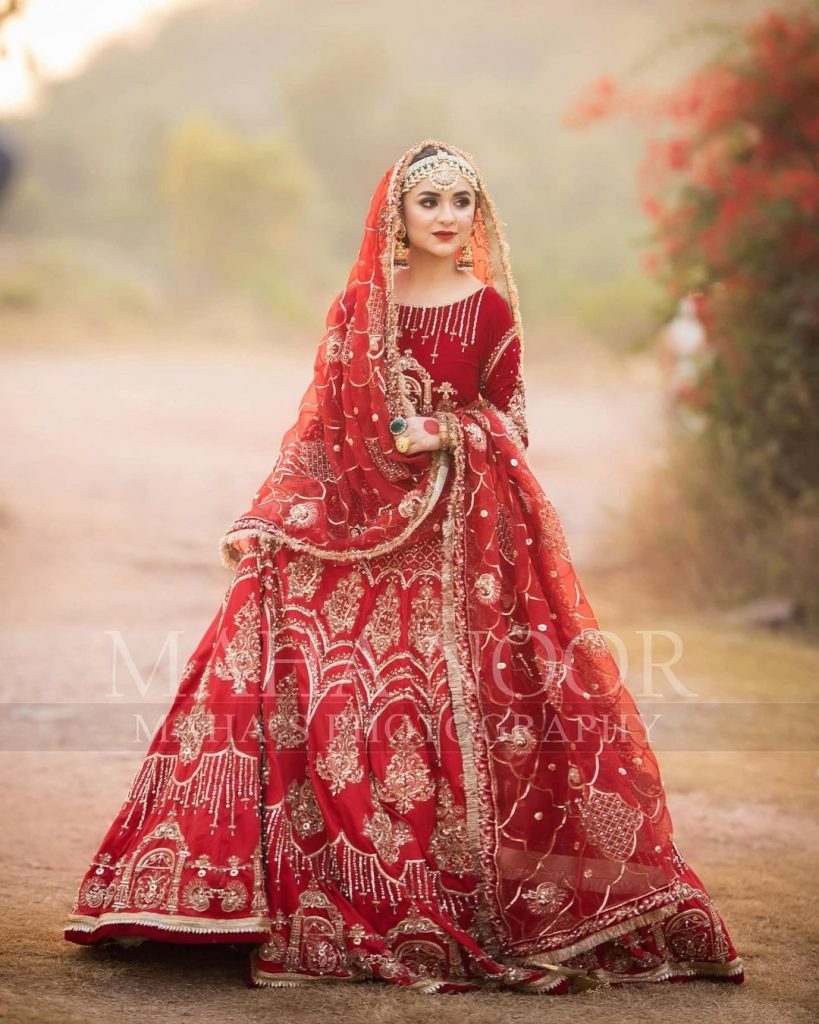 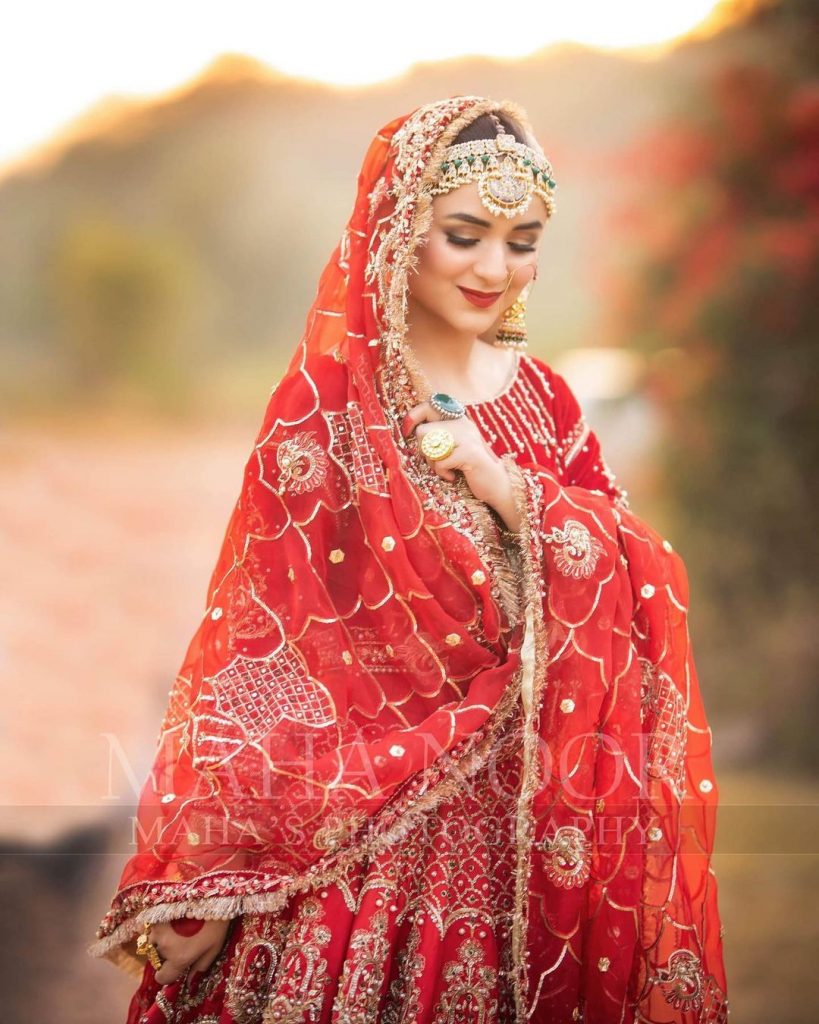 Beautiful green and golden jewelry by “Opal By Madiha Ihsan” is paired along with the outfit. Yumna is a radiant sight in bridal look adapted by her.