Urwa Hocane is a gorgeous and talented Pakistani actress who is famous for her great acting skills and beautiful face features. Urwa Hocane has made her name through a lot of hit dranas and films including Punjab Nahi Jaungi, Udaari , Na Maloom Afraad, Neeli Zinda Hai and Mushk. 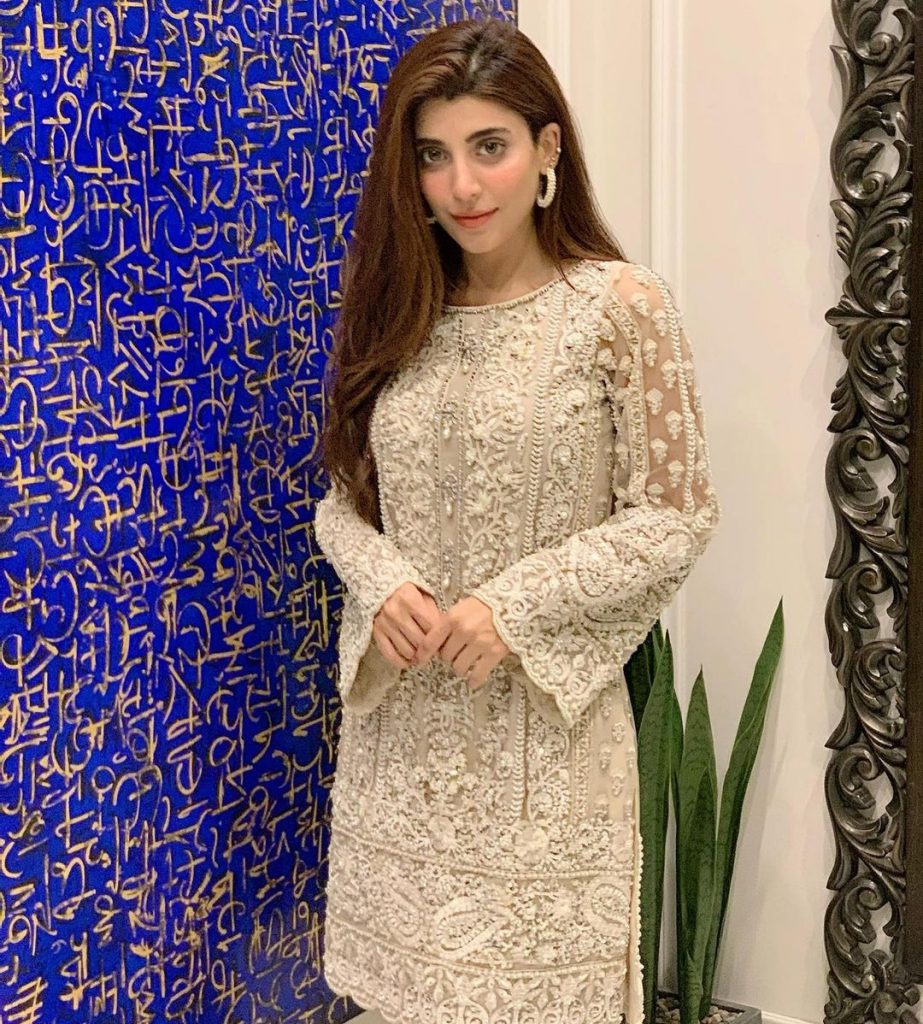 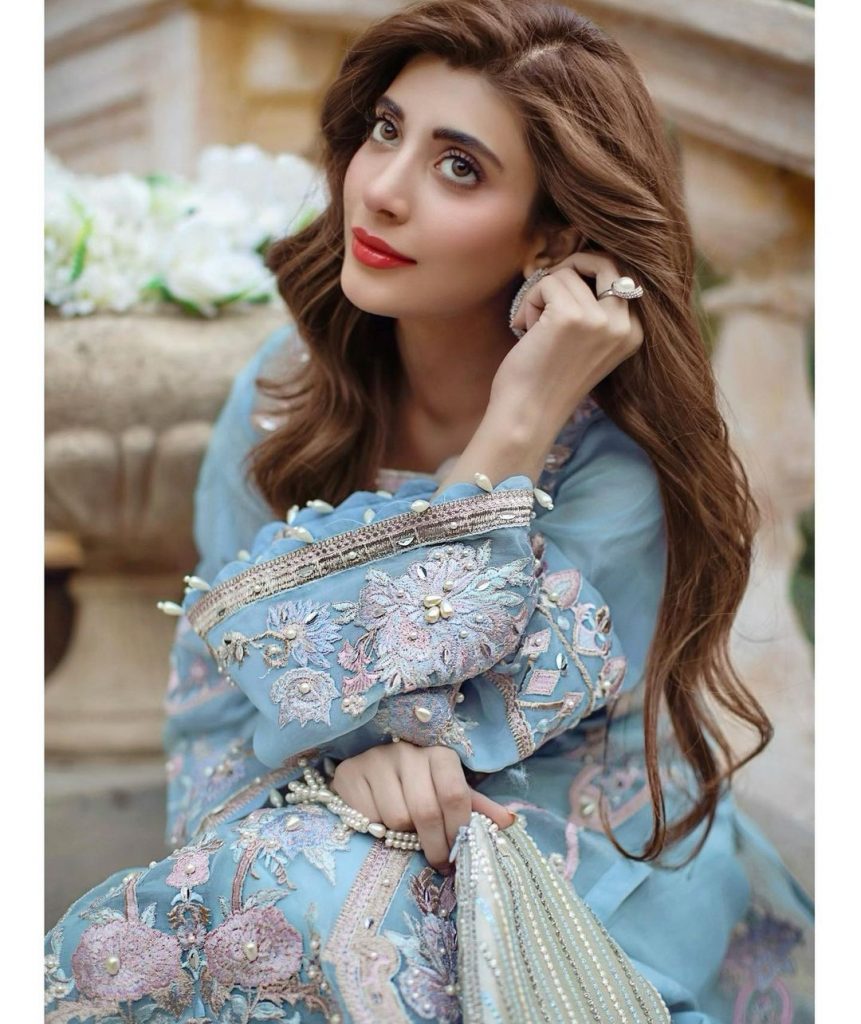 Her recent performances in drama Mushk, Neeli Zinda Hai & Parizaad got a lot of public praise. Well, Urwa is popular for her bold dressing as well. Her bold Cholis ( lehnga tops) often ignite public criticism. This time, a picture of Urwa is doing rounds on social media in which she’s sitting on a horse and posing for the picture. Well, the beautiful picture ignited trolling, criticism and harsh comments as well. 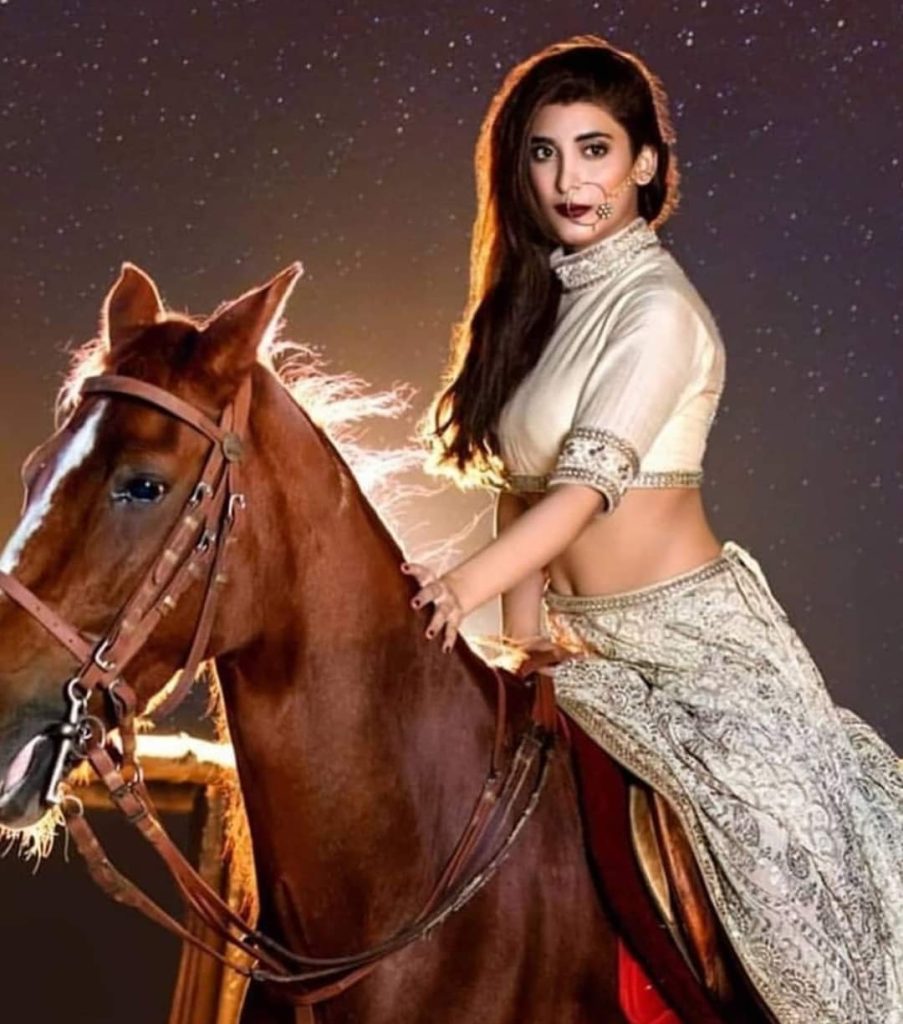 One or two fans trolled picture in good fun and said that they have remembered popular movie Welcome’s Majnu Bhai. Well, he painted a picture of a horse sitting on horse. Sadly, a few of fans used extremely harsh comments. Fans said that now they know why she doesn’t like men. One fan said that the horse is crying on the poor sense of dressing, for sure. Have a look at pictures. Here are the comments in which public trolled Urwa Hocane. Have a look! 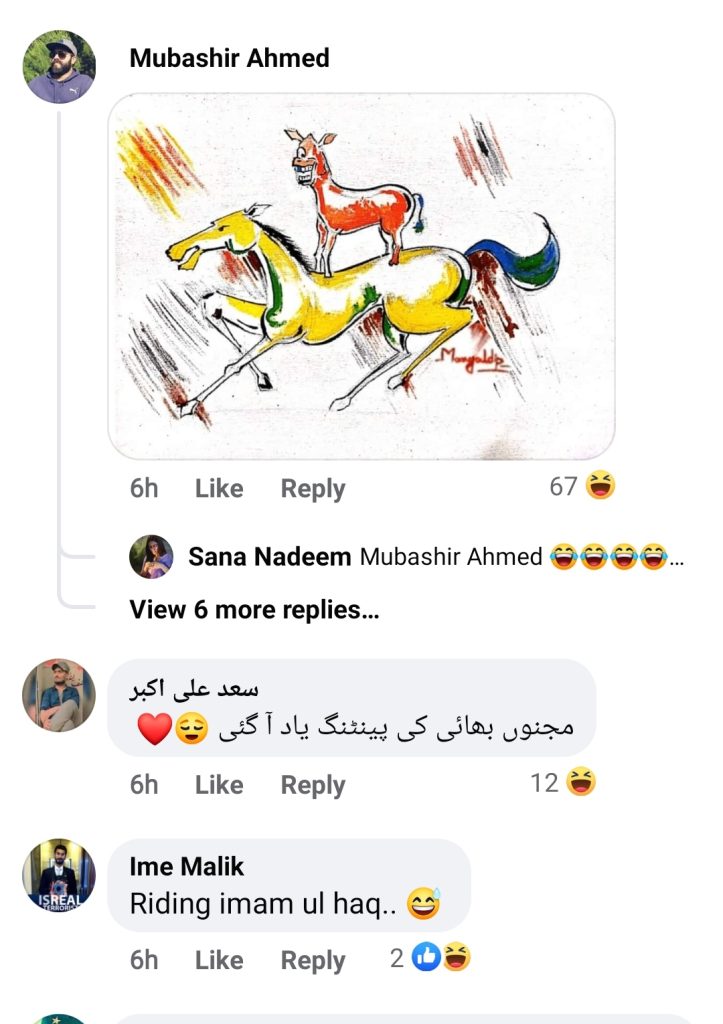 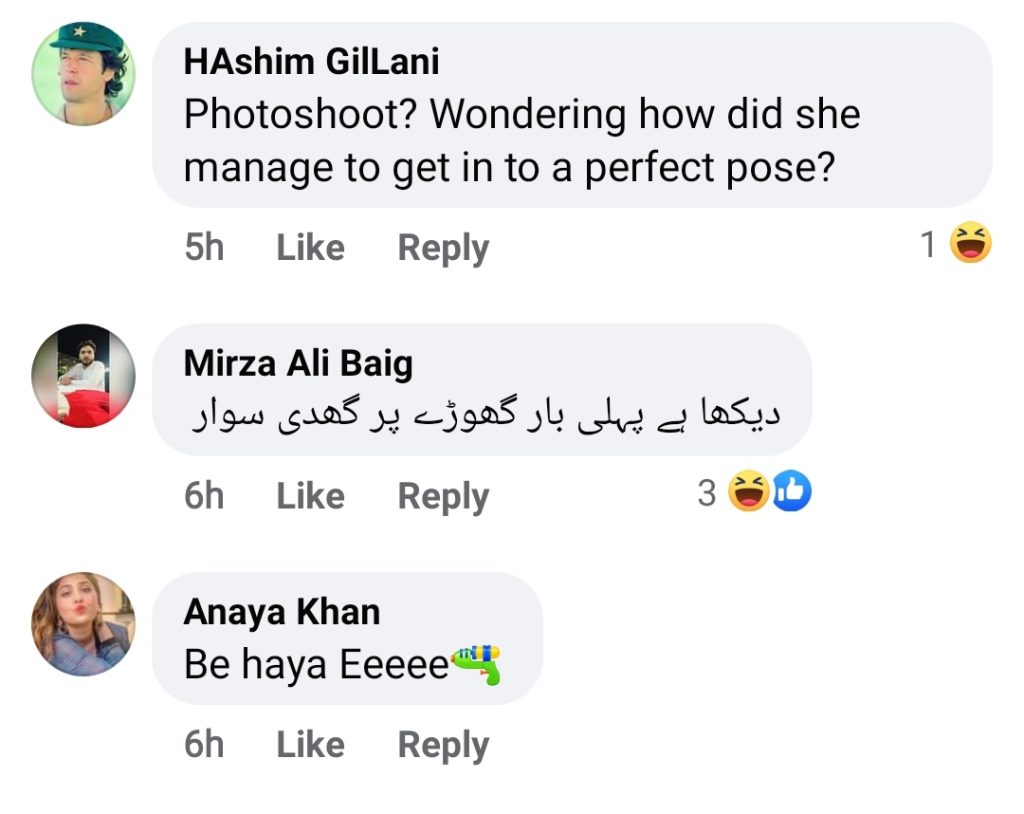 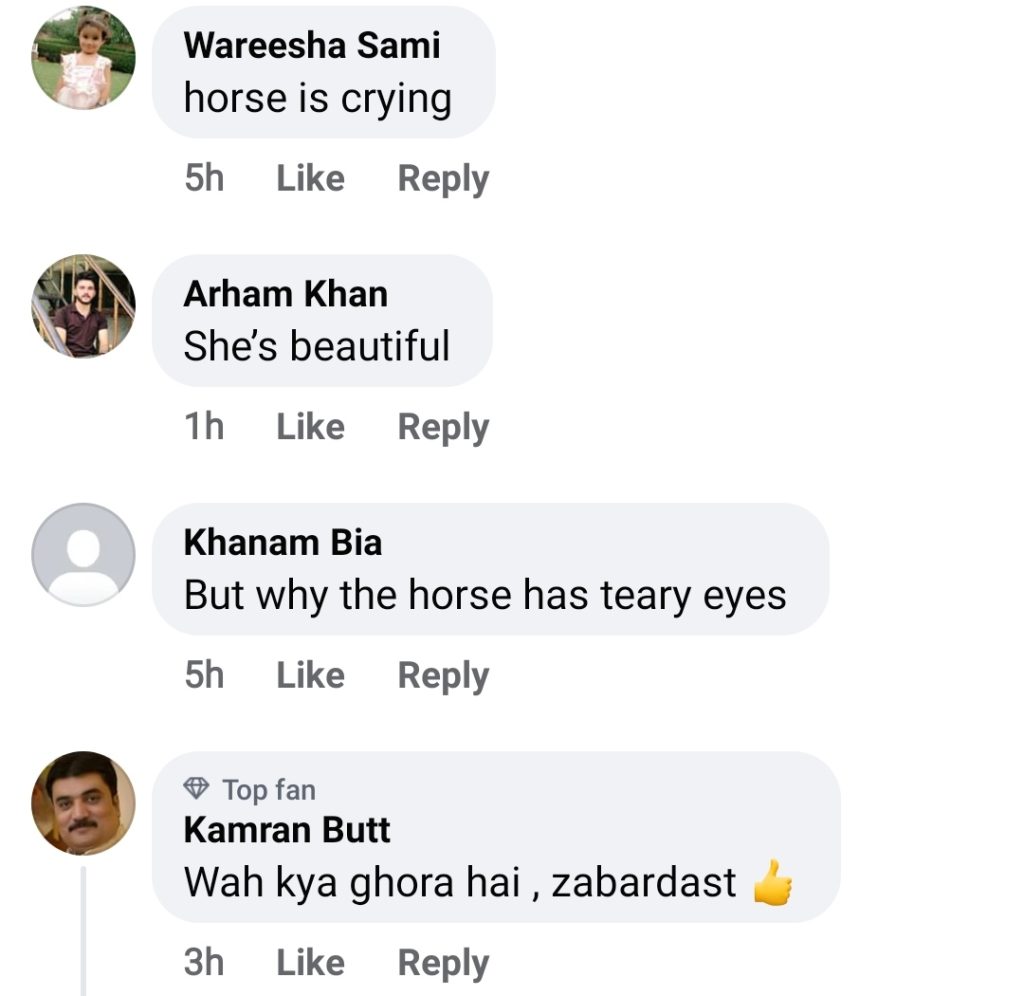 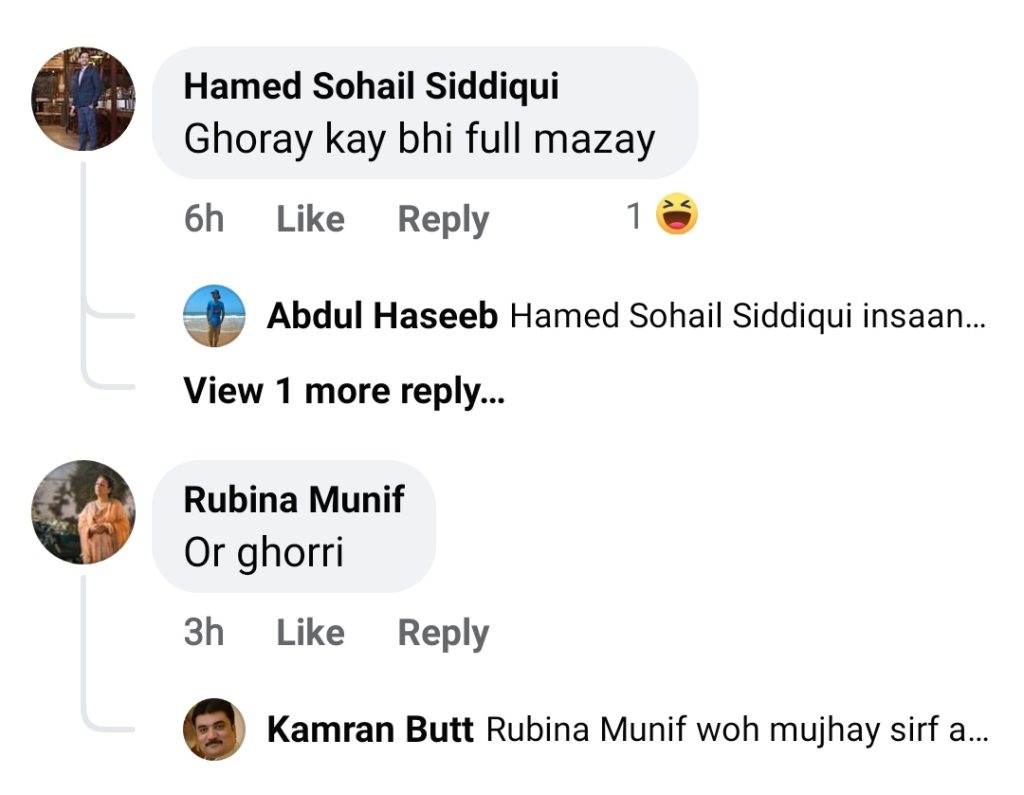 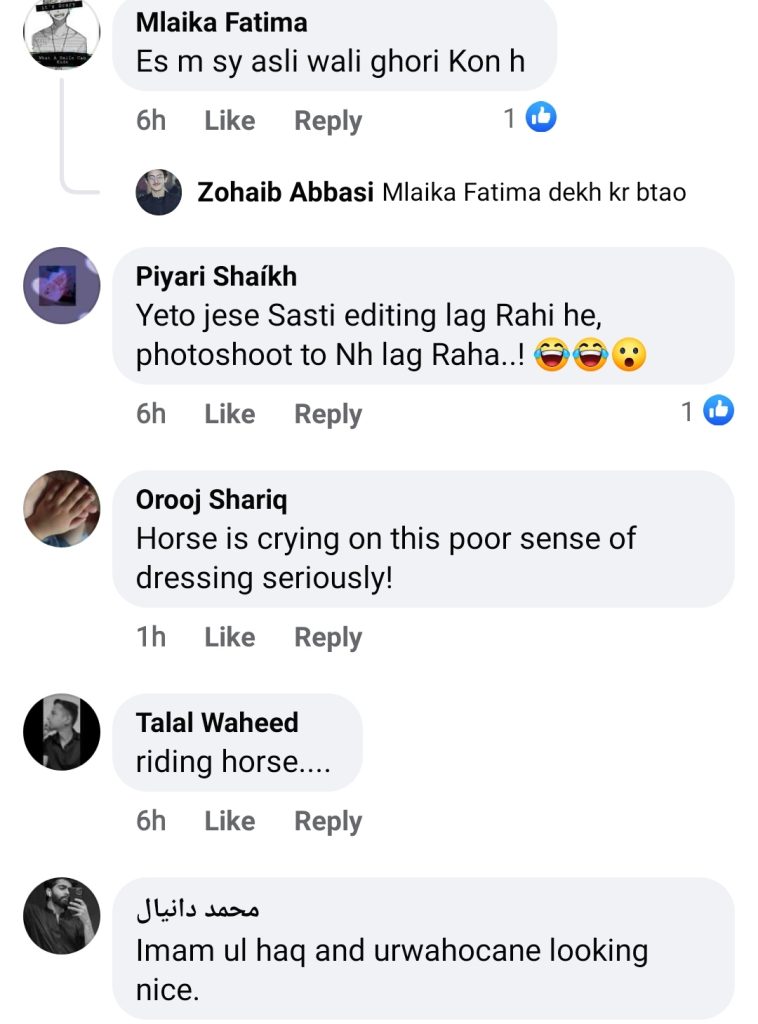 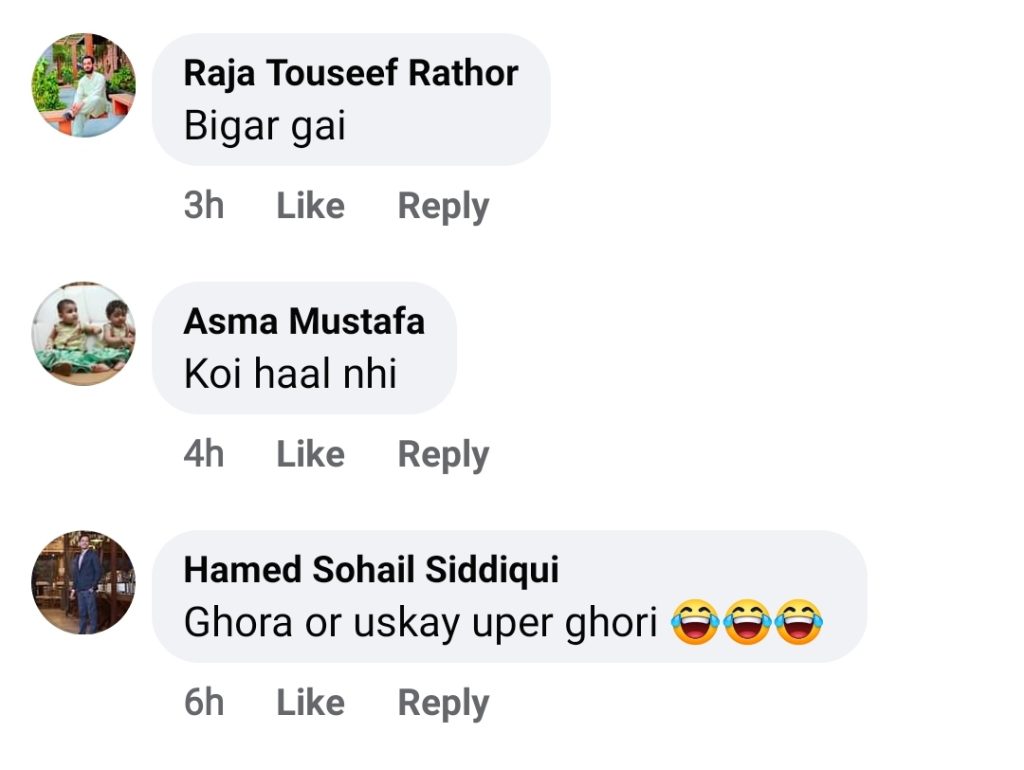 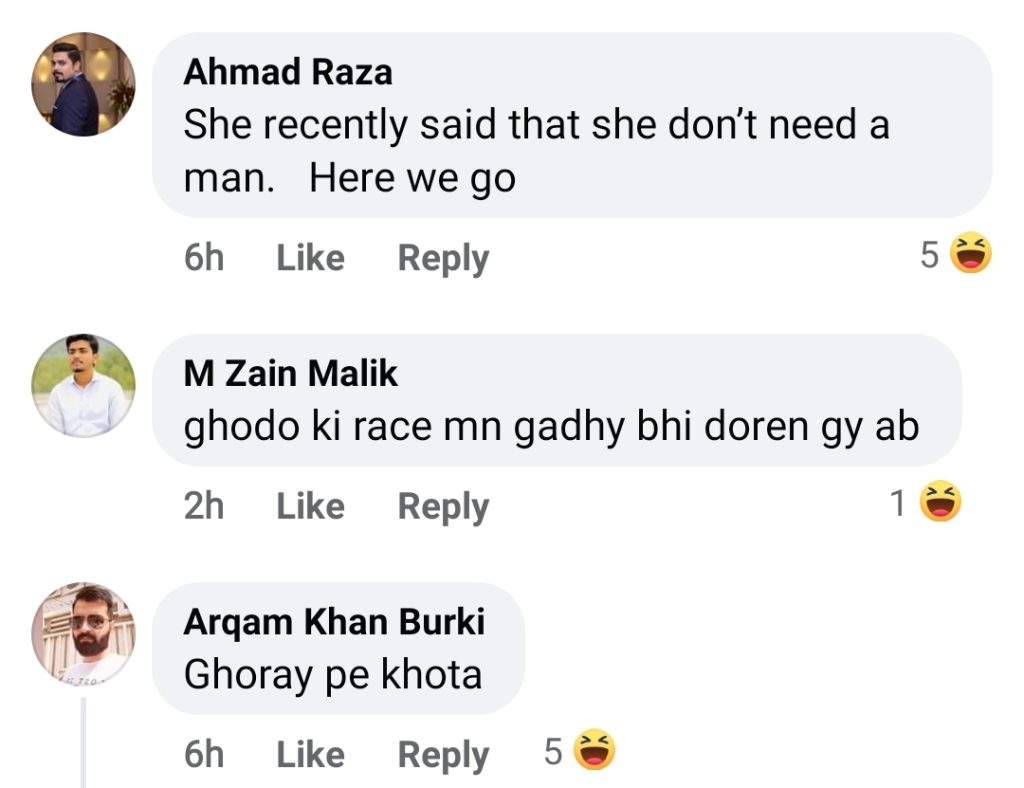 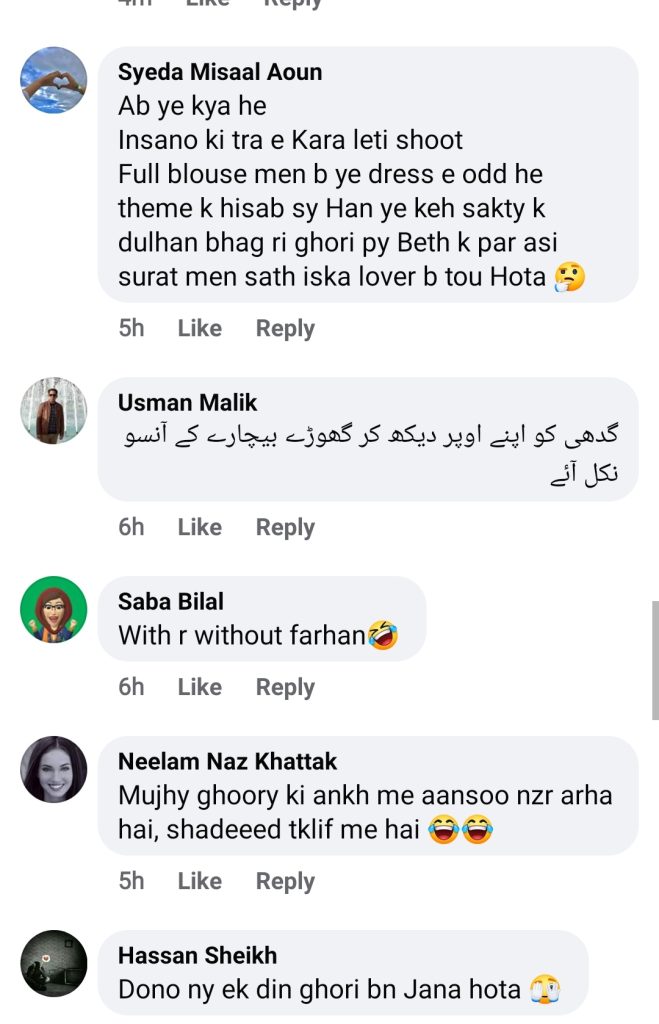 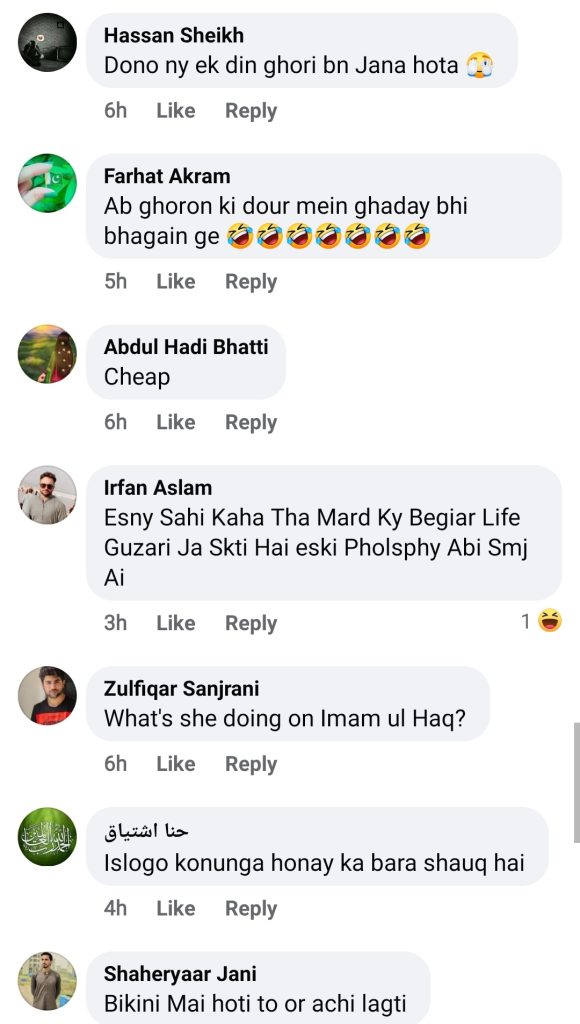