Recently, Ushna Shah faced a lot of backlash because of her viral tweet. It was in the tweet, that Ushna had said that she had found videos of doctors dancing as breathers between work shifts, as ‘precious time consuming.’

Ushna Shah received a lot of criticism as people stated that her tweet was insensitive and that, since the doctors had been fighting the battles on the frontlines since the spread of cornavirus, they deserved to have any and all breaks that they wanted.

Realizing that she had been wrong on this occassion, Ushna Shah, has posted a heartfelt apology, apologizing to the medical professionals and thanking them once again for their hard work in saving thousands of lives.

Taking to her social media, Ushna stated, “I wanted to quickly post this to clarify and apologize for a tweet that has caused some offsense.” Ushna added that she had been confused about hospitals been shown to be understaffed and the present staff in dire need of sleep and had tweeted to help with her confusion.

“That momentary confusion was tone deaf and unwarranted. I don’t work in a hospital, I don’t know what the frontliners are going through. Frankly I don’t even get to have an opinion on this,” stated Ushna further.

The actress added that she “vehemently apologized for any offense caused whatsover.” Stating that she was in no position to question what the doctors and nurses did to take the edge off.

The Balaa actress then went on to thank the medical staff stating that “anything other than a THANK YOU to our hardworking medical professionals is offensive. An absolute idiot moment on my part. Thank you for risking your lives and continue to do whatever makes you happy to get through this tough time. 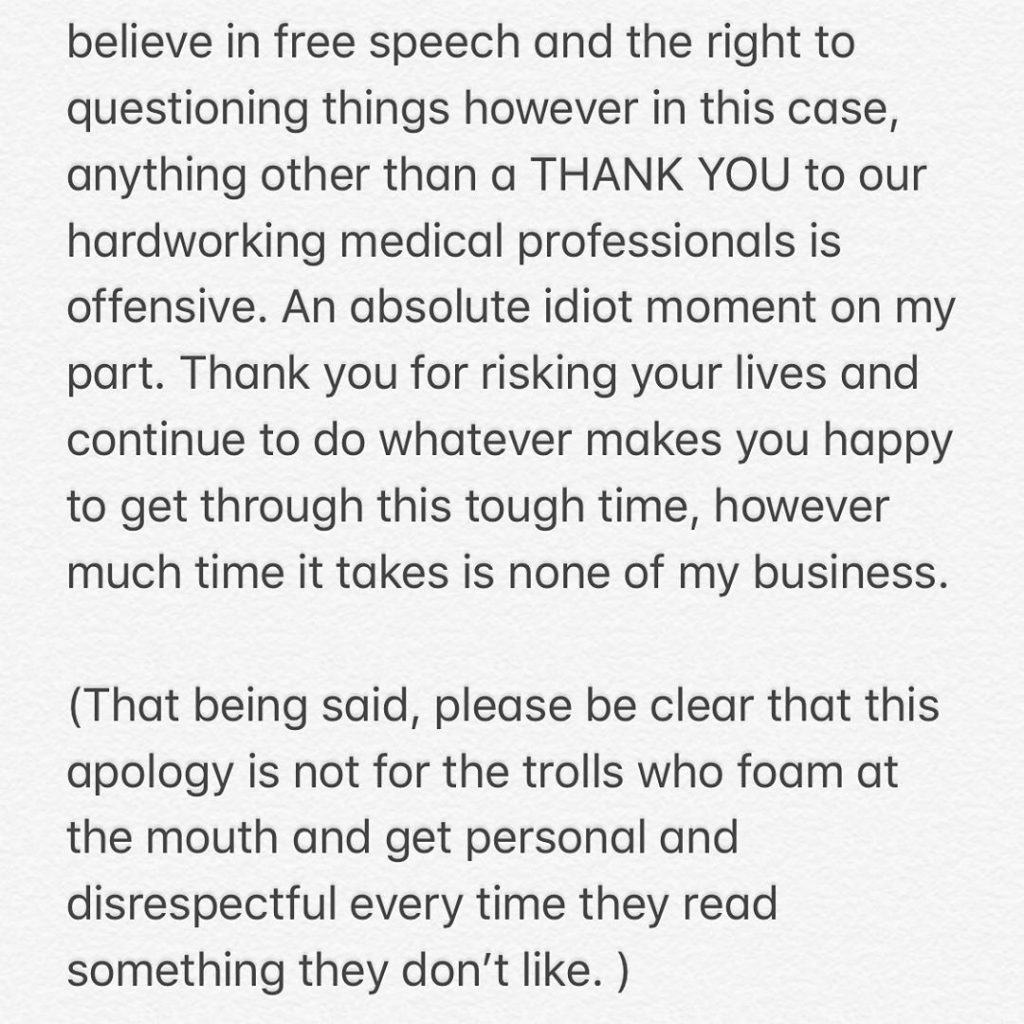 However, before she ended the note, Ushna added that her apology was for the doctors and not for the trolls who “foam at the mouth and get personal and disrespectful every time they read something they don’t like.