Ushna Shah was recently invited to Aamir Liaquat’s talk show which gave her the opportunity to meet him for the first time. After doing a show with Aamir Liaquat and talking to him Ushna Shah felt ashamed of her pre-conceived notions about Aamir Liaquat. She posted what she thought about him before and how she felt about him after meeting him on her facebook page. Aamir Liaquat has been inviting many showbiz celebrities on his show and all of them are having a good experience with him. He is also known more as an entertainer now than a religious expert. 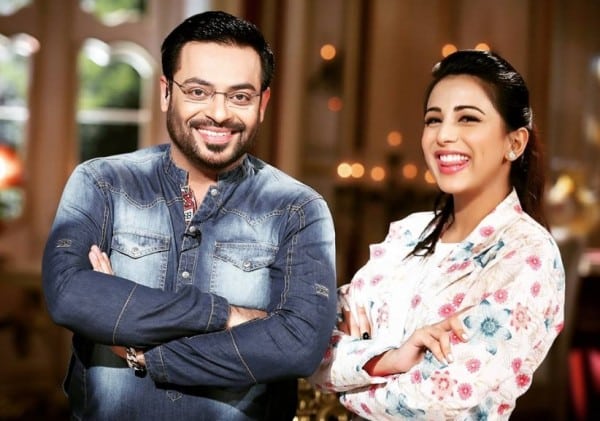 Ushna Shah also posted that after this meeting she realized that she had so much in common with Aamir Liaquat. She said that meeting him was a “pleasant surprise”. Here is what she had to say about the whole experience: 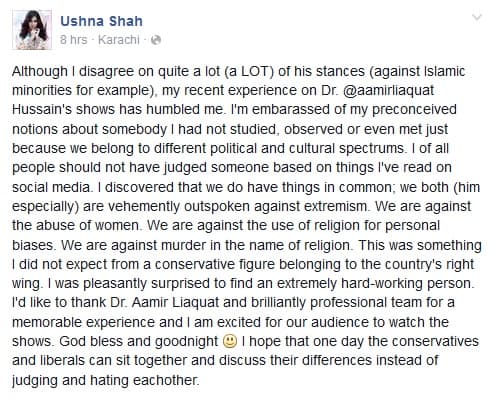