Veena Malik enjoyed her Thailand trip with an injured foot!

After giving a flop and vulgar movie to the Indian cinema, Veena Malik was busy in shooting for her next film Silk Sakkah Hot Maga in Thailand where the actress got her foot  hurt which started bleeding too.  Veena was then treated by a doctor and was prescribed rest. actress said:

“Being injured is not a new thing for me but this one was little bit tough for me because the song needs a romantic feeling and getting injured while filming the song it was really painful and difficult. Thailand is a very beautiful place I love it.”

The controversy queen who is known for her bold attitude in film industry is now enjoying a healthy international career and will also be seen in few movies of Pakistan. 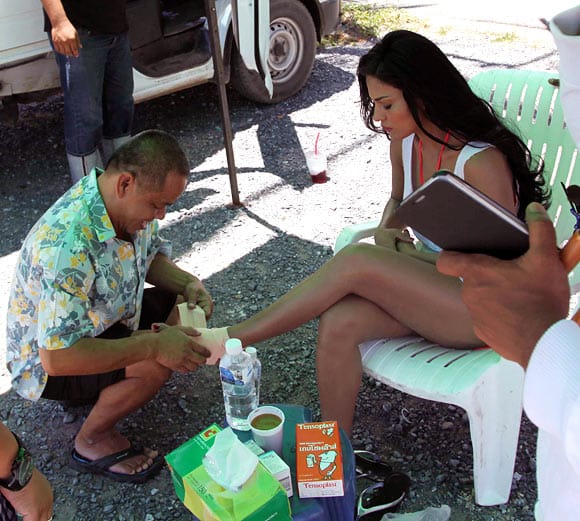 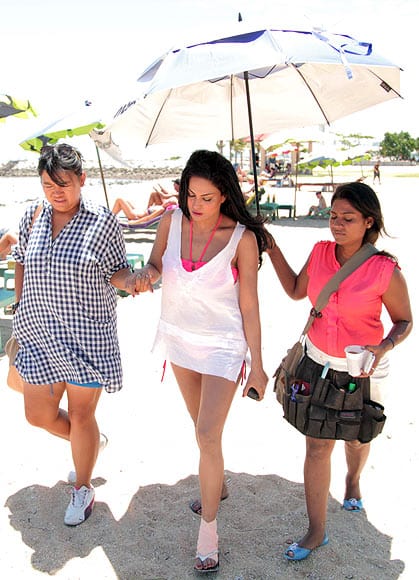 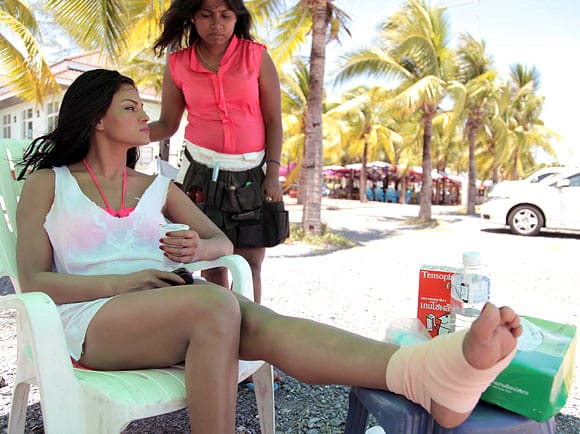