Despite high tensions between India and Pakistan, it seems people keep flying from here to there without repercussions. We say this because, amid deteriorating relationships between the two neighbors, famous veteran Bollywood actor and member of the parliament, Shatrughan Sinha was recently spotted in Pakistan.

In fact, Sinha, was seen in a wedding event in Lahore, where he happily posed away alongside the gorgeous actress Reema Khan.

Here are a few other videos and pictures from the event 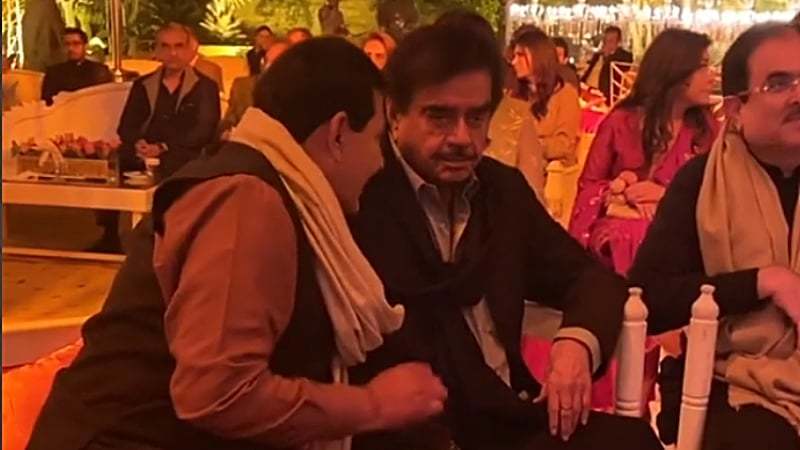 Earlier in August, another Bollywood biggie, musician and singer Mika Singh had flown to Pakistan to perform at a private event. After the performance, the Federation of Western India Cine Employees and the All Indian Cine Workers Association had called for a ban on Mika in India’s entertainment industry until he apologized. Now since, Shatrughan Sinha, a member of the politics as well, has done the same, lets see what fate awaits the Bollywood veteran back home.