What most Pakistani dramas teach us

First of all,before you shoot me down or label me which I cannot get off,I am a lover of Pakistani Dramas and I love and cherish them and this article has been written solely to make drama makers realize some important things

1- Everyone in this world is too bad for words.There is no such thing as goodness in any human you come across.Try insects or birds or Martians from Mars,they might have some goodness or better still go to a museum to find the ‘preserved goodness that was once there in humans’.I am talking about the time before the advent of private entertainment channels in Pakistan.O God, what a luxury called ‘goodness of humans’ we had then.

2- You sister is your worst enemy girls.If you have a sister poison her ‘roti’ or ‘macaroni’ whatever she likes at the first possible opportunity or give wrong eye drops to her so that she better not dare look at your love interest.You can also try forcing her into a plane leaving for Somalia or Yemen. 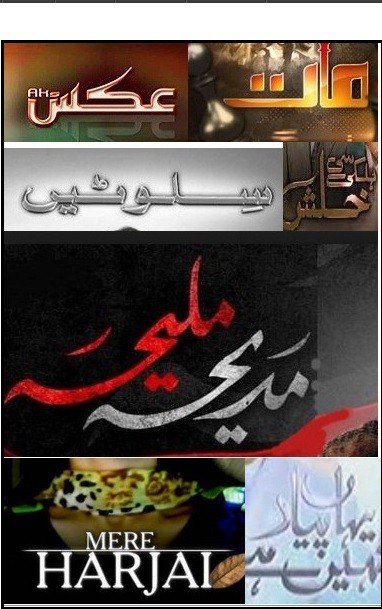 3- A woman’s in-laws are the worst possible people on earth.They should better be turned into frogs with the wave of a magic wand and left in some local ‘mineral water pond’.Mean,nasty and cruel creatures,even Dracula would look better in front of them.Good in-laws – a specie as extent as the dinosaurs.

4- A woman’s only job in this world is to cry and sacrifice.Sacrifice and cry.Cry and sacrifice.Can’t a woman do something else? For heavens sake,you want to ruin our ratings!

5- Rich girls fall for poor guys and poor girls fall for rich guys.Their own class,no way!This creates a lot of entertainment for them in terms of squeaking,wailing and threatening parents and later in-laws.More fun comes in the shape of schemes and plots that parents and in-laws come up with.Now this ‘facility’ cannot be enjoyed if you marry within your own class,right?

6- Poor girls are after riches and money only.They would marry a tree if money grows on it and would continue to pluck the delicious notes all their lives.The saliva of poor girls come out the moment they see a rich guy and they ruin themselves in trying to hook themselves to rich guys.

8- Step mothers are evil reincarnated.They have no heart (how they breath then remains a mystery) but its true.They drive their energy from destroying the lives of their step children and the pain and misery of their step children is Energy Drink for them.The tongues of these step mothers are as long as the great wall of china and some of them have rods and sticks with them also.

9- Every wedding has to be loud with weird characters roaming around trying to act funny.A loud mouthed aunty is sure to be among one of the characters while opposition to the wedding is also essential as it creates the necessary ‘tarka’ or the icing on the cake.That’s the way every wedding should be,no?

10- Women shouldn’t be doing jobs,it makes other women sneak into their house and take their men!High number of females doing jobs these days,oh never mind!They are outliers that we don’t consider while calculating average.A woman belongs to the house,stepping out of the house is sure shot recipe of affair and possible marriage by her husband.