What’s next for Yumna Zaidi?

Yumna Zaidi is pretty and talented but it is not very often that we see her playing different characters in dramas. Just like most of the other actresses Yumna Zaidi is also seen playing the role of a girl who is helpless and caught in difficult situations. Her roles in HUM TV plays Jugnoo and Mausam were a good break from the usual characters she plays in dramas.

Yumna Zaidi’s family lives abroad so she is making a big sacrifice of staying away from her family so that she can work in the drama world. Yumna Zaidi will be next seen in ARY Digital’s play “Guzarish”. The promos of the play are being shown in which Yumna’s character is shown getting married to someone she does not love. Ahmed Ali and Affan Waheed are also part of this drama. Posting an update about her character Yumna said,

“Meet Zara. Very stylish, modern and sleek. I love her.”

Yumna Zaidi also keeps on posting pictures from the sets of the drama she is working on from time to time.

“Zara Yaad Kar” is another drama which Yumna Zaidi is finding more challenging than any other. She will be seen playing a lead role opposite Zahid Ahmed who she worked with before in Jugnoo too. But Yumna Zaidi promises that their characters in this play will be very different.

Yumna thinks that Khalil-ur-Rehman Qamar’s script is tough but she is working hard to play her character which is named Uzma. According to Yumna Zaidi Uzma is,

Here are some pictures from the set of “Zara Yaad Kar” in which Yumna is seen wearing very little make up. 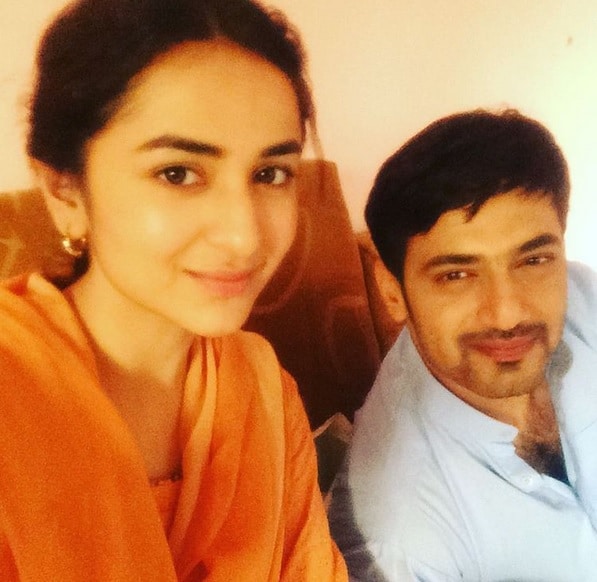