Which Actress’s Marriage Is Yasir Hussain Hinting At

Recently, the beautiful pictures from the ceremony of Yasir Hussain’s wife Iqra Aziz’s Goad Bharai went viral . After the pictures went viral, the couple received messages of prayers and good wishes from fans, including important personalities of Showbiz. 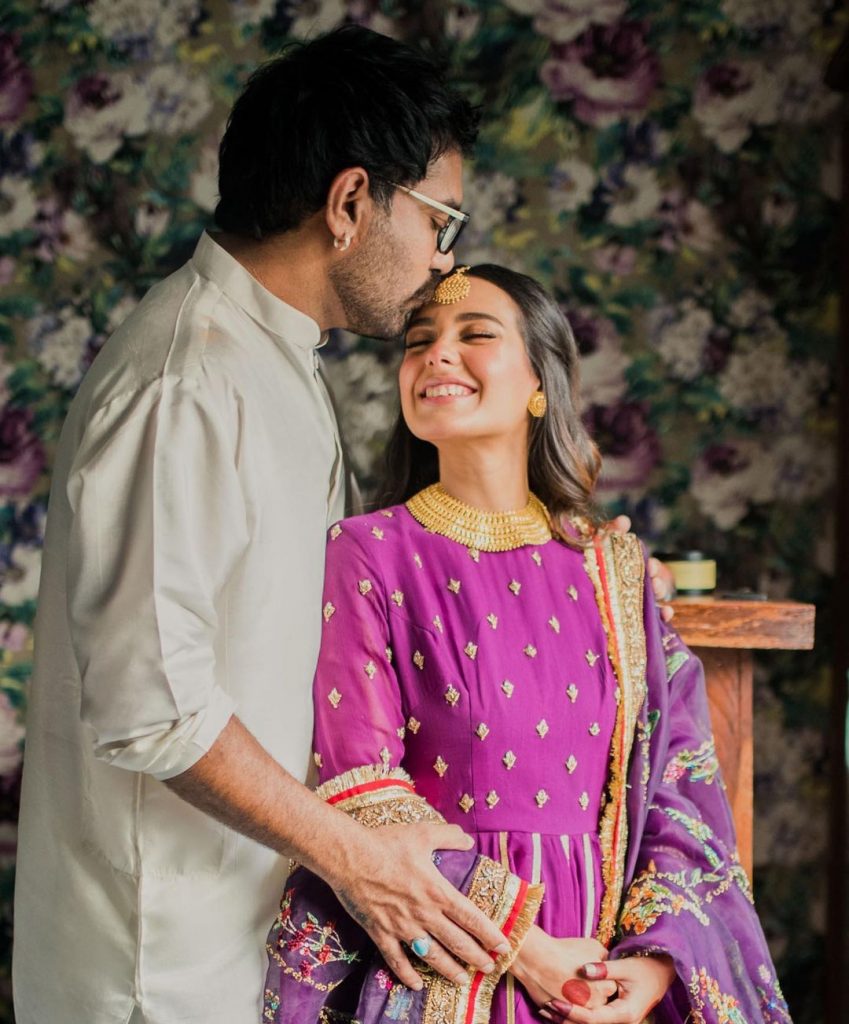 Commenting on Iqra Yasir’s viral photos, actress Minal Khan suggested Yasir to give charity to the poor in order to avoid evil eyes. 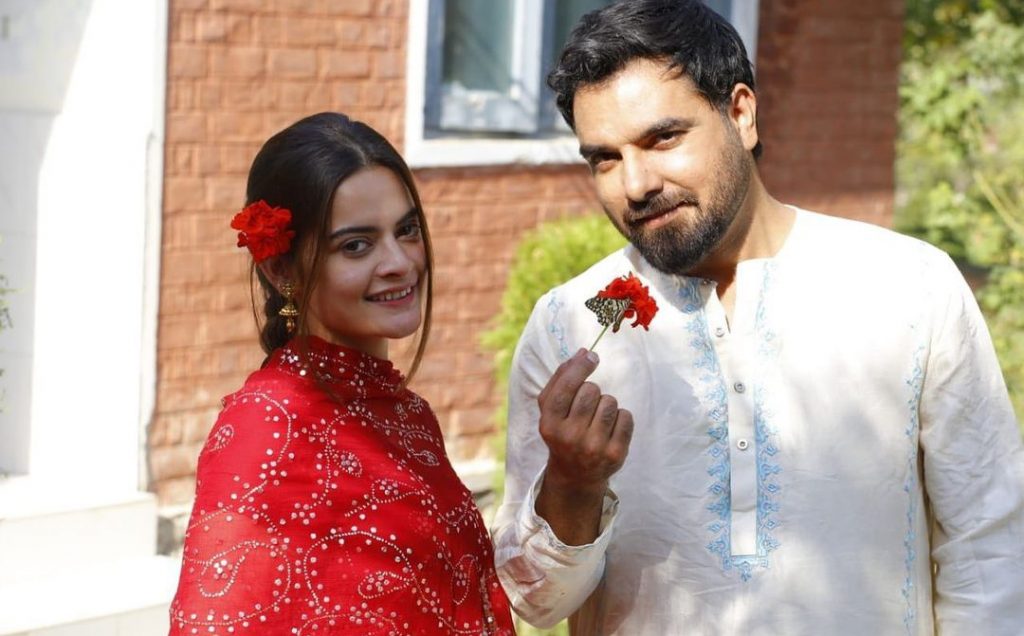 Later, Yasir shared the comment of actress Minal Khan on Instagram and while tagging the actress, replying that “then we will have to give twice , one from behalf of you you and one from the behalf of our groom brother”. 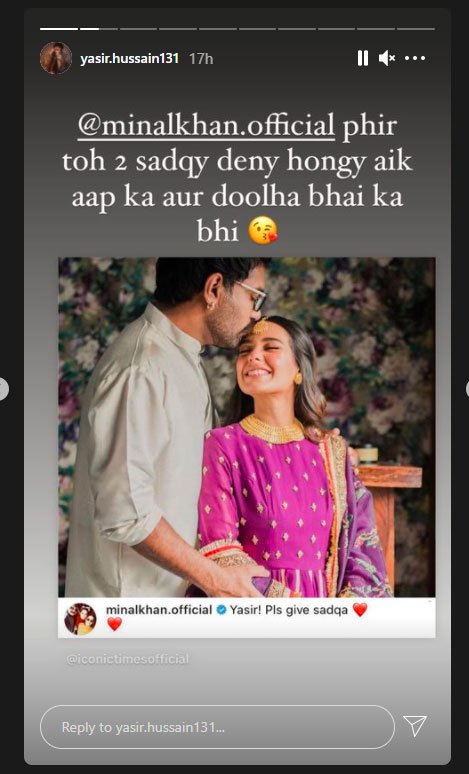 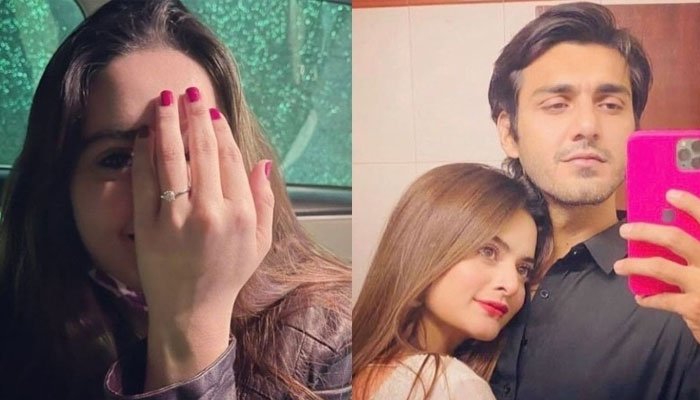 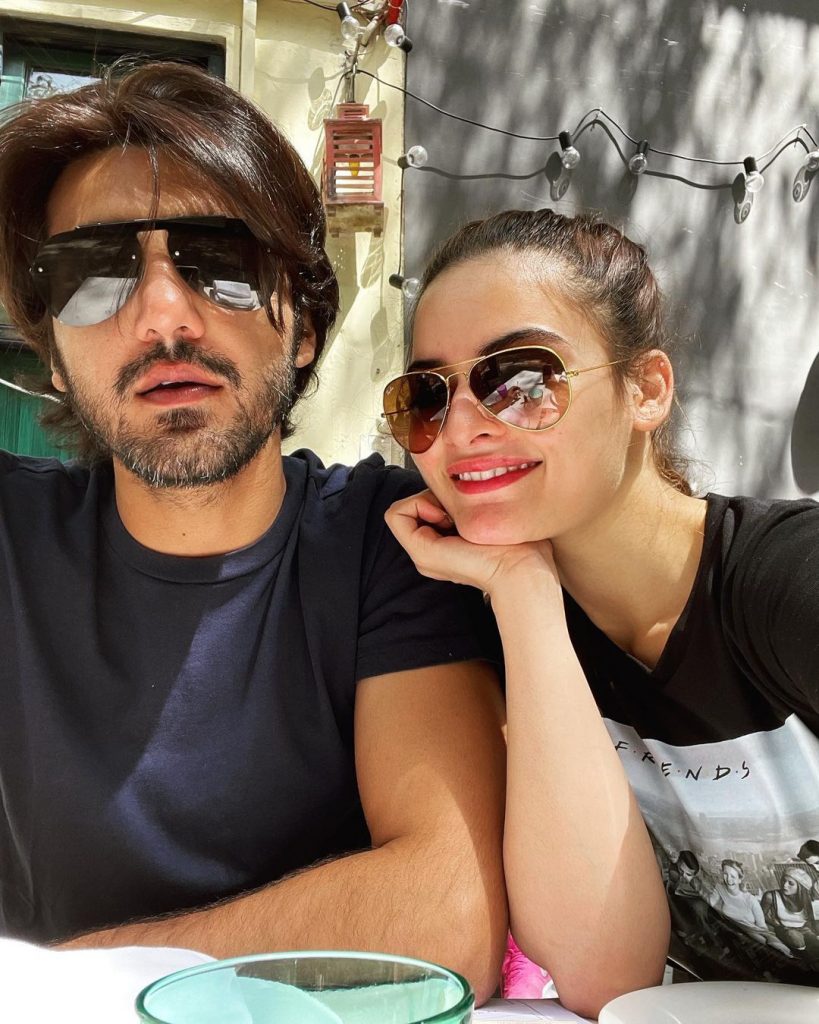