Who Is That One Person Ahsan Khan Takes Advice From

Advice is very crucial and important thing for everyone. There are many times when we get confused, whether it’s a simple thing as which shirt to wear a particular day or important things like career choices and life choices. These times call for a person who we can confide in and with whom we can discuss things openly.

The most confident places to go for an important discussions are parents or in some cases siblings. Although the final decision rests on one’s own shoulders but sometimes we need a new perspective or a new angle to look at to decide something.

Ahsan Khan in Ek Naye Subha with Farrah was asked who he goes to, to take crucial advices or to talk about important matters. Ahsan said that he talks to his wife, his parents and there is one other person who Ahsan talks to. Although he is a lot older than Ahsan but he is more like a friend to him. Ahsan shared that he is a very a spiritual man with a beautiful heart and personality that he trusts a lot.

Ahsan in the last said jokingly that if all of their advices are different, he does what his own herat says like “Suno sabki lekin karo dill ki” 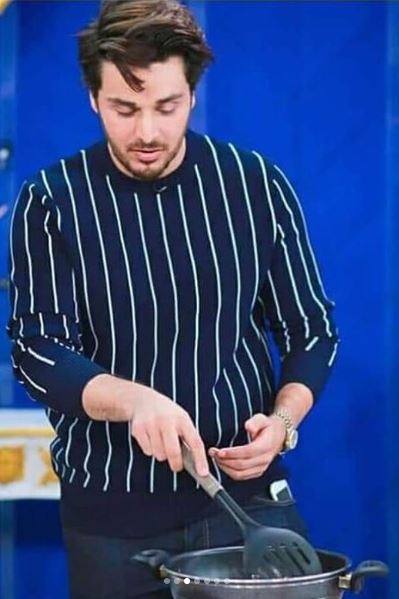